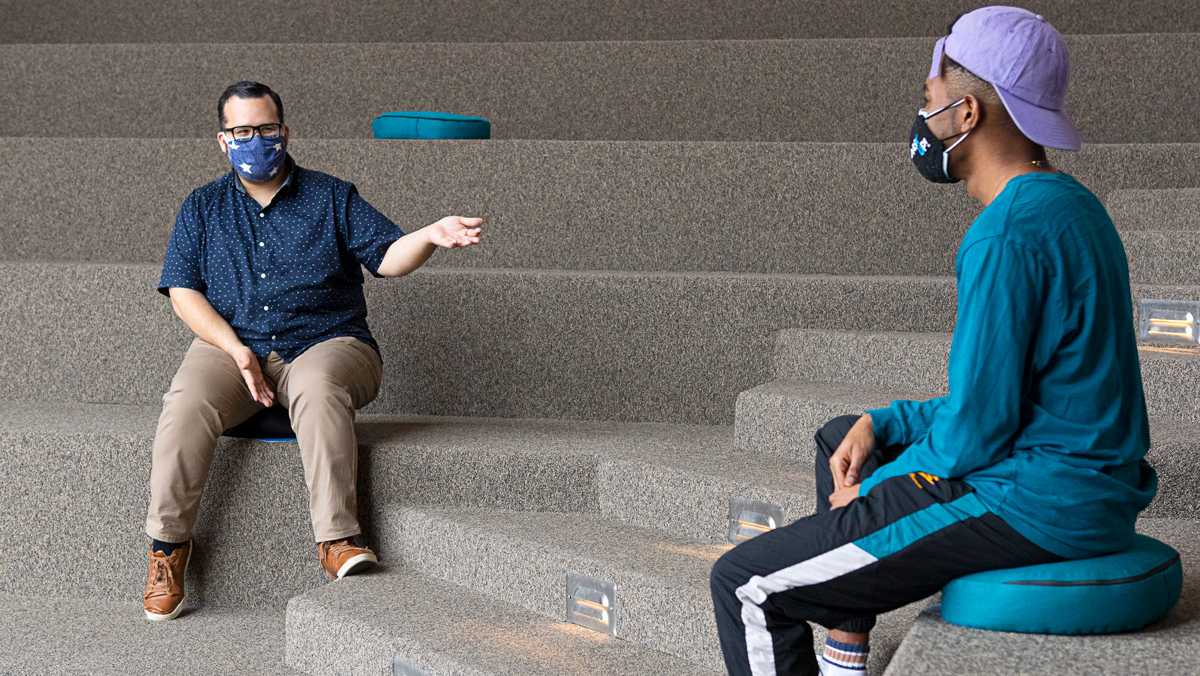 As Muller Chapel stands in empty serenity on the Ithaca College campus, religious groups are finding new ways to create open and welcoming community spaces for students in a virtual setting.

Although the college is open for both online and in-person instruction for Spring 2021, religious organizations continue to meet virtually. Muller Chapel itself is not currently open for the community, but Hierald Osorto, executive director for student equity and belonging, and director of the Office of Religious and Spiritual life, said the office holds regular weekly virtual gatherings for the college community. The office hosts meditation sessions at noon every Monday, Wednesday and Friday. Students looking to engage with others in a spiritual environment can do so in one of the many religious groups on campus — the Catholic Community at Ithaca College, Lighthouse Christian Fellowship (LCF), Hillel at Ithaca College, the Muslim Student Association, the Christian Community Church and the Ithaca College Pagan Community.

“Sometimes it’s not about recreating the rituals that people are used to experiencing in person,” Osorto said. “There are rituals that can’t happen or won’t work in a virtual space.”

Osorto said the office’s main goal for the semester is to build on underlying themes of beauty and connection.

“There’s always something going on for all of the holidays coming up, and there’s always an event happening every other week,” he said. “Sometimes multiple events a week that are bringing in speakers, community bonding, or even reaching out one–on–one with first-year students.”

Despite the relative success of virtual events, with a range of five to 150 attendees, there has been some difficulty in engagement when so many students are burnt out from virtual settings, Schneider said.

“It’s just really hard, in general, to get people to take that extra step and actually go into the Zoom room when people don’t really want to sit in front of their computers anymore,” he said.

Some aspects of in-person events have continued in a socially distant manner. Jewish students looking to receive meals for Shabbat — a day of rest in Judaism — could sign up to receive meals called Shabboxes at the chapel following Shabbat services. From there, students can either take the meals back to their dorms or eat in small groups at Terrace Dining Hall.

Junior Leah Dolin is one of the students who receive a meal from Hillel every week. She said the meals provide her with both a home-cooked meal and a moment to catch up with fellow students involved in Hillel.

“Seeing as I really only do the Shabboxes every week, I really only get to see those people for a quick hello,” Dolin said. “But the fact that I went from not going to Hillel at all and being awkward with the people there to getting the Shabboxes every week and being comfortable with the people I’ve met there is really great, and I’m very thankful for that.”

Hillel is also hosting an in-person Passover Seder on March 27, the first night of the holiday. Students can either attend the 5:30 or 8:30 p.m. seating at Terrace Dining Hall. Students are also able to get a to-go Passover meal, which includes the ritual items for a Seder plate, an entree and dessert.

The LCF, formerly known as the Protestant Community, continues to meet virtually every Wednesday with Evensong — a weekly student-led worship service consisting of both music and testimony. Prior to the COVID-19 pandemic, Evensong was held in the chapel and attended by approximately 30 to 40 participants. Now in its virtual setting, the numbers of attendees have dwindled.

Alongside the weekly Evensong, members of the group engage through student-led Bible study. Junior Elizabeth Henning, president of LCF, said the club has had a presence at virtual student organization fairs to reach out to new members.

“We’re trying not to alienate those who couldn’t come to Ithaca for whatever reason,” Henning said. “A lot of our mission in the past has been connection, fellowship and community, so, to me, that’s what the heart of Lighthouse is, so that’s what we’re trying to maintain.”

Junior Madelynn Thompson attends the weekly small group Bible study sessions with members of LCF. Between attending classes virtually and working, Thompson has not had much time to interact with members of the community beyond those small group meetings. However, Thompson said that engaging with her spirituality helped her remain calm during the pandemic.

“I know a lot of people say the pandemic helped them reevaluate what’s important to them and they grew closer to the Lord since they now have time that they didn’t have before,” Thompson said. “The pandemic reset a lot of people’s spiritual lives and it jump-started many others.”

McMullin said he spends every other Thursday in the Muller Chapel on campus for in-person confession or for pastoral counseling. Confessions over Zoom, Skype or the phone are not valid sacraments. He said there is also in-person Mass at 1 p.m. Sundays at the Immaculate Conception Parish in Downtown Ithaca for Ithaca College and Cornell students. Registration is required for these Masses.

The Sunday Mass is also livestreamed, and McMullin livestreams Mass on alternating Thursdays from the Muller Chapel. He said between 60 and 80 students attend the Sunday liturgy.

“Everyone is experiencing Zoom fatigue, and that’s why we’ve tried to find at least two in-person opportunities,” McMullin said. “We’re as frustrated as everybody else that we’re limited to the streaming option.”

The Ithaca College Pagan Community also carries out its meetings bi-weekly in a virtual setting.

Prior to the pandemic, much of the group’s activities took place in person. Following the shift to an online setting, the group has turned to using Discord to create a virtual community. The IC Pagan Community was formed in 2015 for students to connect with Paganism and other Pagans on campus. The group also allows students to explore different belief systems as well as allow non-Pagan members of the college community to understand the religion.

Sophomore Marco Painter, director of communications for the IC Pagan Community, said he believed there were many positives and negatives for organizing virtually.

“The virtual world is fantastic to bring together Pagans who may not be able to be open about their faith with others like them,” Painter said. “But sometimes, it also leads to people assuming their practice is invalid since they don’t get to see what goes on in someone’s everyday life.”

Like other spiritual communities, the IC Pagan Community is also struggling to deal with Zoom burnout. However, Painter said he hopes to incorporate hybrid gathering into future IC Pagan Community events to offer a way for individuals to participate in meetings from anywhere.

“I miss the connection of in-person meetings, and it’s been a challenge for all of us to adjust,” Painter said. “I’ve also seen what a benefit having online meetings can be, especially in times of great need.”