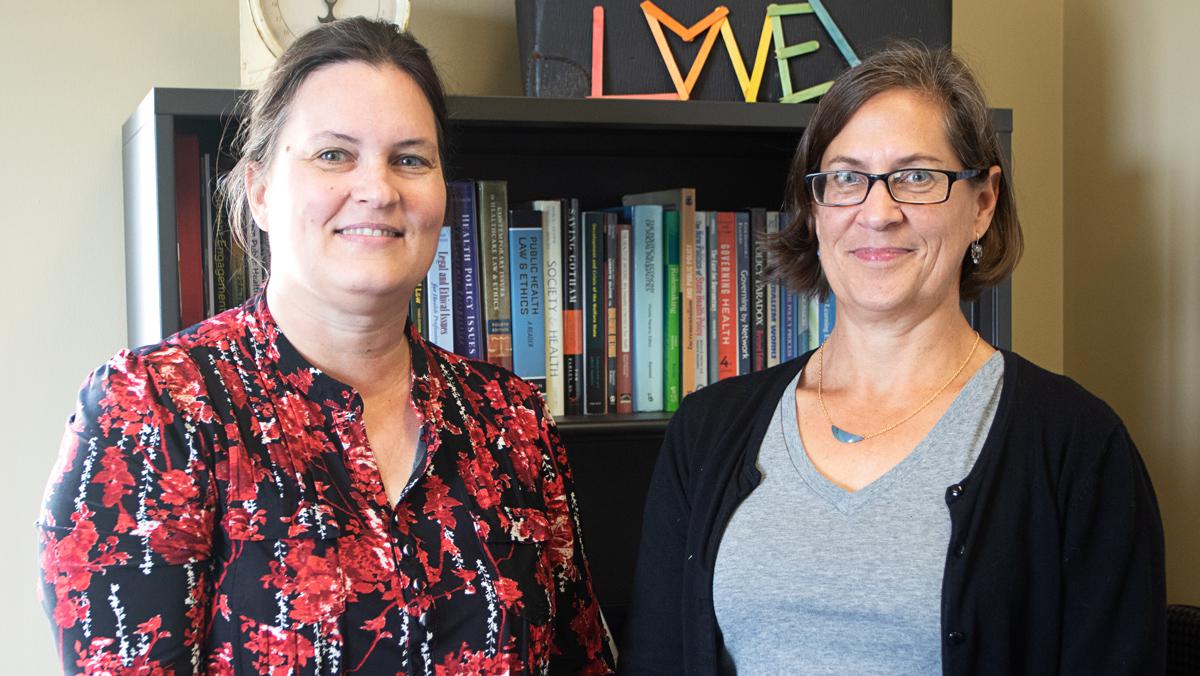 MAXINE HANSFORD/THE ITHACAN
From left, Christina Moylan and Susan Witherup, co-chairs of the Integrative Core Curriculum Program Review Committee. Now that the review committee has finalized its report on the ICC, the college will begin to consider implementing some of the recommended changes to the program.
By Ryan King — Assistant News Editor
Published: April 15, 2019

Ithaca College announced April 11 that the Integrative Core Curriculum (ICC) Program Review Committee has finalized its report on the ICC.

Some of the recommendations in the updated draft report the review committee released March 18 include eliminating the e-portfolio graduation requirement, modifying the theme system and having the ICC director be a full-time administrator instead of just being a faculty member.

In the Intercom announcement, MaryAnn Taylor, executive assistant to the provost and vice president of educational affairs, said early conversations about curricular proposals to the ICC will be led by the Office of the Provost and will start Spring 2019 and continue into Fall 2019.

Taylor said the proposals will then go to the Committee for College-Wide Requirements (CCR) for consideration. Under its current published procedures for amending the ICC, CCR will review proposals, seek input from the school curriculum committees and relevant constituents as needed, determine whether the change needs an all-college faculty vote and, once a proposal is approved, move it forward to Academic Policies Committee (APC) for its review.

After it moves from CCR to APC, proposals go through existing APC processes for curricular approval. Taylor said the earliest timetable for making any curricular changes would be Fall 2020.

The college began reviewing the ICC in Fall 2018 after the Middle States review team recommended the college review parts of the program. The review process involved the formation of the review committee, which was comprised of faculty and students. It spent the last several months gathering feedback from key constituencies on campus. In February 2019, the review committee invited external evaluators to campus to get an outside perspective on the program. The evaluators’ recommendations were similar to the ones the committee developed. They suggested modifying the themes and e-portfolio components of the ICC.