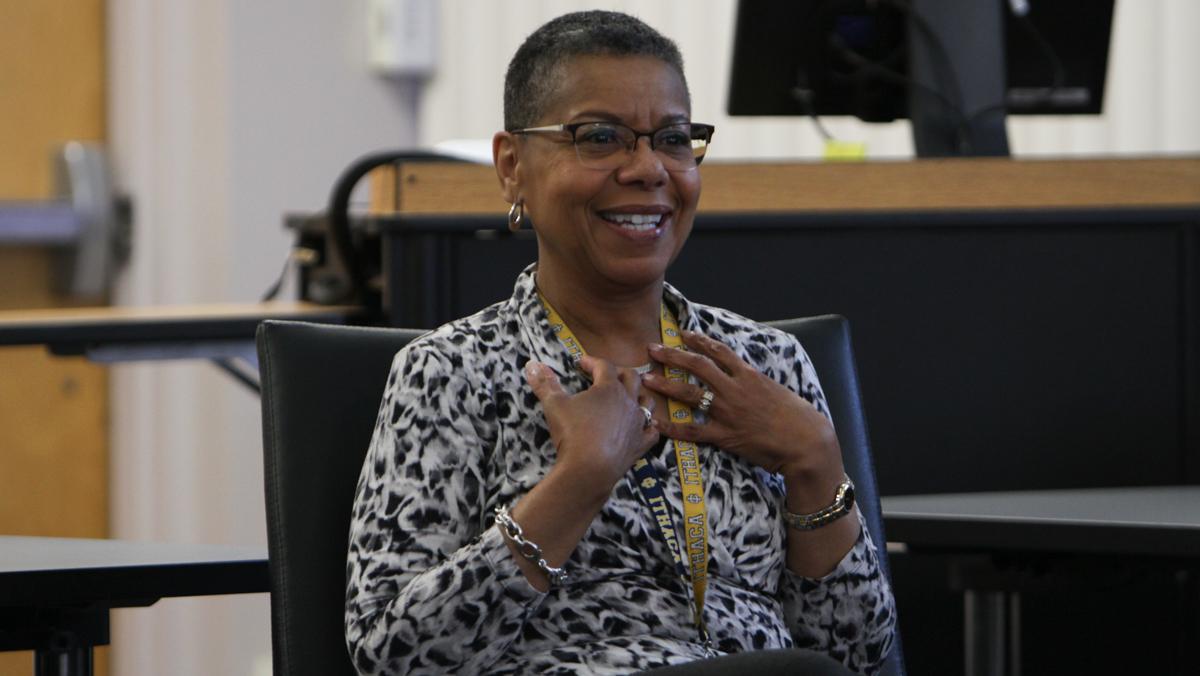 Paula Younger, executive director of government and community relations, spoke at the April 9 Student Governance Council meeting about her prior experience and general goals for the position.

President Shirley M. Collado created the position of executive director of government and community relations in the fall of 2017. Younger was hired Dec. 20 and began working Jan. 15. Younger worked as a for-profit government contractor and then as the deputy county administrator of Tompkins County from 2006 until her current employment at the college.

“Community for me is twofold because you’re part of my community as well as what we refer to as the community down the hill,” Younger said. “It’s learning who you are as a school, and a school community, and all of what that entails from the students, faculty, staff and administrators, and then it’s also working with the local community.”

Younger compared the community perspective of the college with her personal experiences growing up in Washington, D.C. The concept of a definitive separation between the institutions of higher education and the surrounding community was not as rigid in Washington, D.C., as it is in Ithaca, Younger said. As a result of this, she said, she was surprised by the responses in local government to her new employment at the college.

“I do think that it’s kind of interesting that even when I go to local government meetings, the same meetings I’ve been going to for the last 11 and a half years, folks will say to me, ‘So how do you like it up there on the hill?” Younger said. “I always related to higher ed where I was. … Here, I feel like there is a greater need to actually bring community and school together.”

Younger said her initial strategy in bringing these communities together will be highlighting the already–present involvement of many of the college’s students within the surrounding area. One means of improving the college’s relations with local residents is encouraging local legislators to discuss at local committee meetings the civic engagement and other positive efforts of the college that impact the community.

Anna Gardner, SGC vice president of campus affairs, said many students are participants of the civic engagement opportunities off campus but are not aware of other avenues of engaging with the local community.

“Students don’t know as much about the resources or what it really means to live in the Ithaca community and Tompkins County,” Gardner said. “It’s not just going and giving back, but it’s also going to local stores, participating in local programs and meeting people in the community.”

SGC President junior Carlie McClinsey said many members of the IC Community Work Group she works with, which is composed of local residents of Tompkins County, often express grievances about the rowdiness of students in residential neighborhoods on weekend nights.

McClinsey said two ways that students can work toward improving relations between the college and local community are limiting their disruptive foot traffic through residential areas as well as those living off campus simply taking the time to get to know their neighbors. McClinsey and Off-Campus Senator Charlotte Robertson are also working with the Campus Affairs Committee to create a resource kit for students planning to live off campus. This box will include advice on getting to know neighbors, such as a template introductory letter, McClinsey said.

Editorial: SGC has changes to make on Allocations Handbook