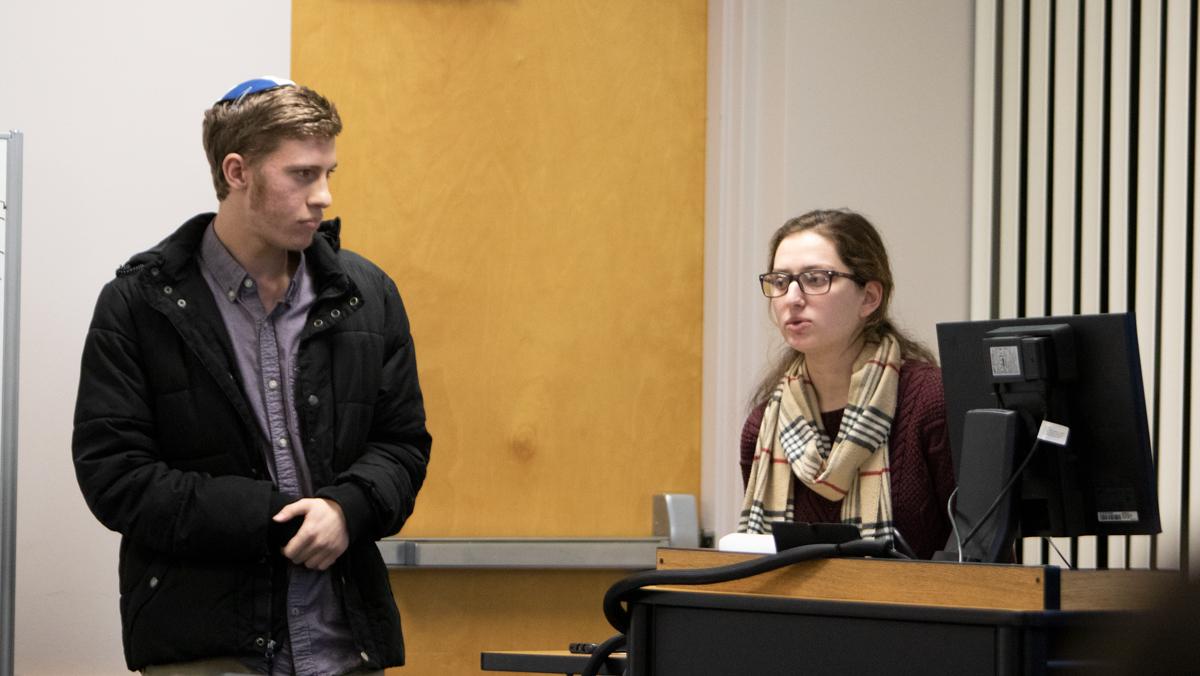 Senior Rachel Steinmetz, president of Hillel at Ithaca College, proposed a bill to the SGC that recommends that campuswide events should not be scheduled on Jewish holidays. The SGC tabled the bill for revision and discussion at the next meeting because it lacks a decisive plan for action.

Steinmetz read a message from Raquel Belkin ’18, who was unhappy about the fact that the college’s 2018 graduation coincided with a major Jewish holiday, Shavuot.

In the letter, Belkin said her family members were forced to choose between attending her graduation or practicing their faith. She said she wanted her whole family to attend her graduation because she experienced many hardships while attending the college.

“It would have meant a lot to me to have my whole family there,” she said in the letter. “It took me five years to graduate due to medical leaves that I had taken for depression. … Graduation became a symbol that I managed to overcome those challenges.”

Junior Matthew Feiler, Hillel’s religious life co-chair, said it is not fair to force students to choose between religion and feeling like valid, contributing members of the college’s community.

“I am one of the more religious students on campus,” Feiler said. “I keep kosher, keep the Jewish Sabbath, keep all of the holidays we have mentioned in this bill, and I also like to be a part of the college’s community. Having these holidays and not being able to feel included and like I’m not a valid member of this campus is very hard and not fair.”

Feiler said he was not able to attend the All-Student Gathering on Oct. 1 because the holiday Simchat Torah began on the evening of Oct. 1.

The bill recommends that the administration checks whether planned events coincide with major Jewish holidays. It also proposes that if an event is held on a significant Jewish holiday, an alternate event will be held to make the members of the Jewish community feel included.

Junior Farwa Shakeel, SGC vice president of academic affairs, said she was concerned this bill could make the SGC and the college seem denominational. She also said other religious holidays coincide with campus events, so it is also a problem for other religious students.

“We have to remember that there are a number of student organizations whose holidays, very similarly, fall on campus events,” Shakeel said. “Speaking from experience, Ramadan has fallen on finals week and another number of important events for the past two years.”

Sophomore Jordan Stecker, communications chair of Hillel, said he hopes this bill sets a precedent of inclusion for all religious groups on campus.

Senior SGC President Alyse Harris said her biggest concern with the bill is that no specific implementation plan was included. The SGC decided to table the bill, and senior Senate Chair Joe Cruz said it will be revised and brought up in the next meeting.

The SGC also hosted TCAT Operations Manager Mike Smith and Service Development Manager Matt Yarrow for a focus group during which students asked questions, gave critiques and presented suggestions about how TCAT could increase its ridership on Route 11 because of student concerns surrounding the possibility that TCAT is considering a reduction in the Route 11 schedule. Route 11 ridership has decreased from 215,172 rides in 2016 to 193,620 in 2017.

Yarrow said he thinks it is important to talk to the students, the main riders of Route 11, about what they think can be improved.

Senior student–at–large Michael Moritz said the college should consider reducing the number of parking passes it gives out in order to increase TCAT ridership and decrease carbon emissions.

“In order to cut carbon, a lot of students have to not drive their cars,” Moritz said. “IC should say ‘We’re going to give out less parking passes,’ because honestly, all of us should be taking the bus.”

Yarrow said TCAT is considered changing the portion of Route 11 that travels to the college Circle Apartments, Longview and South Hill Business Park. He said it is considering merging these routes into one.

Yarrow said more direct routes to shopping areas, which only run once an hour rather than the current half–hour schedule, is a change TCAT may make in 2019.

Jordan Stecker is also the advertising sales manager for The Ithacan.