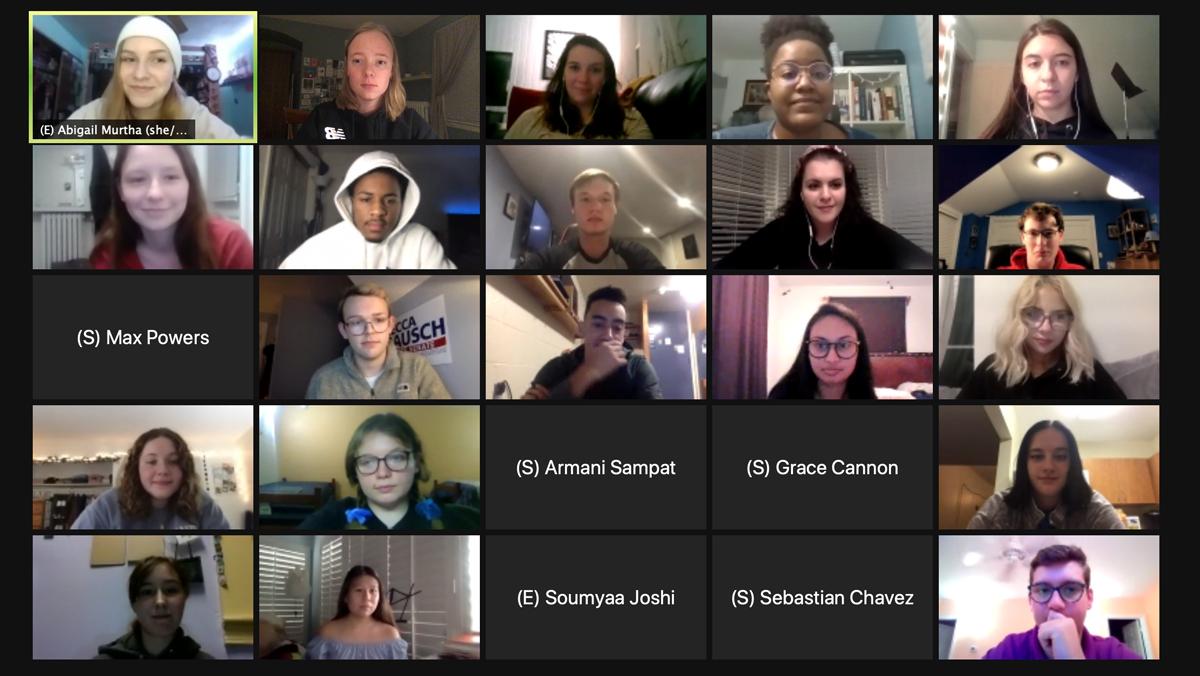 The Ithaca College Student Governance Council met with members from the Title IX Office to discuss updates in the office, confirmed two senators and passed one bill regarding student organization funding at its Oct. 26 meeting.

Koenig said that the U.S. Department of Education narrowed its definition of sexual harassment to say that Title IX only applies to sexual harassment incidents that occur on campus and meet one of three criteria — quid pro quo harassment, conduct that is “so severe, pervasive and objectively offensive that it effectively denies a person equal access to the school’s education program or activity” or “sexual assault, dating violence, domestic violence or stalking.”

She said because of those changes, the Title IX department at the college now has two separate processes for cases. Cases will either be addressed under the Title IX policy or the college’s policies and procedures. She said the process for students bringing forward complaints should not feel any different than before.

Koenig also addressed the request from the bill calling for a 60–calendar–day time limit for resolution of Title IX cases. Prior to the bill, the Title IX office at the college already had a 60-day limit for sexual misconduct, harassment and discrimination cases. The Ithaca College Policy Manual, Vol. II, Section 2.1.5 states that “The college endeavors to complete the investigatory phase and disciplinary proceeding within 60 days, but this time frame may be extended if necessary under the circumstances.”

“We use the word endeavor for what I feel like is a good reason,” Koenig said. “We want to be efficient, we want to be thorough and we want to be supportive. We also don’t want to have something in our policy that says we will complete something by 60 days because then that just opens the door for people to, frankly, manipulate us [and] stall.”

Koenig said she works with Stoute to create an internal timeline to ensure they are prompt and transparent with all parties involved in cases.

While most students are remote for the semester, the Title IX office is still available for students, Koenig said.

Senior Connor Shea, SGC president, said he would like to work more with the office in the future, including promoting and sharing Title IX resources on the SGC’s platforms.

The SGC also confirmed two new senators. Freshman Mely Megahed Ramadan was confirmed for the last senator-at-large seat with a vote of 15–0. A member of the Appropriations Committee, she ran on a platform that emphasized her past experience.

Ramadan said she is planning to study remotely for the rest of the 2020–21 academic year, a choice that she said will give her an opportunity to stay in touch with the student body.

Sophomore Paige D’Encarnacao ran against sophomore Trent Writer for the last available Class of 2023 senator seat and was confirmed with a vote of 11–3–1.

D’Encarnacao said that she wants to expand the Asian community at the college. She said as an Asian–American student, she understands what it is like to be the only person of color in some of her classes.

The college is a predominantly white institution. For Fall 2020, there are 3,867 white students and 1,271 students of color enrolled at the college, according to the Office of Analytics and Institutional Research.

As a vocal performance major, D’Encarnacao said she also wants to implement a stronger Asian community within the School of Music by holding concerts.

“They’re the simplest thing you can do, and you can have them during months like the Chinese New Year … fully based with Chinese music and Chinese composers,” D’Encarnacao said.

The SCG passed one resolution, the Appropriations Prize and Merchandise Funding Bill, an amendment that allows student organizations to purchase merchandise for their members and prizes for events they are hosting. The resolution amends Article VI, Section B, Subsection B, Sub-Subsection III, Sub-Sub-Subsection G of the SGC Allocations Handbook for the 2020–21 academic school year.

Junior Leticia Guibunda, international senator, said that the main goal of the bill was to support student organizations and engagement during the remote semester.

The bill was sponsored by senior Jasmine Morrow, Class of 2021 senator.

Morrow said that she was unsure of the attendance policy after receiving an email Oct. 26 sent by La Jerne Terry Cornish, provost and senior vice president for academic affairs, regarding the administration’s response to the Ithaca College Voting Act and the Excused Absence for Poll Workers Recommendation.

Cornish said in the email that the college “does not have a formal policy for excusing absences.”