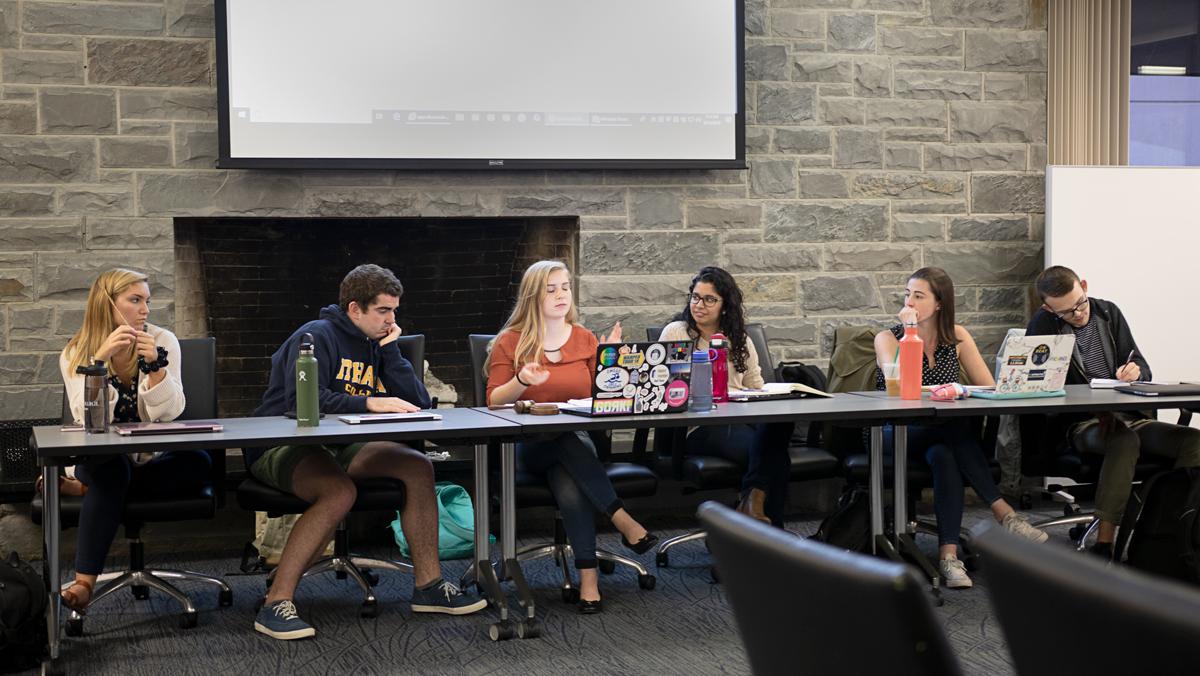 The Ithaca College Student Governance Council welcomed its newly elected senators in its first meeting of the 2019–20 academic year Sept. 16.  Currently 19 out of 36 positions are filled on the SGC.

These vacancies continue the trend of less and less student engagement in the SGC over the years. In Sept. 2018, there were only four senators filled out of 24 total positions, with 20 positions that needed to be filled.

Musa said she was very excited to learn she was elected to SGC and to be able to provide a voice to students and allow their ideas to be heard.

“It feels good, honestly, to be a part of something where I feel like I can actually make a change and have the input of other students and having to execute their ideas and have them heard,” Musa said.

Musa said her experience as a first–generation college student and first–generation American inspired her to run for the SGC. She said she is excited to start writing bills and create change on the college’s campus.

The election results were announced Sept. 16 on Intercom.

Simmons was elected as Class of 2022 senator. He won 100% of the votes with eight votes.

Junior Senate Chair Abigail Murtha said via email she is excited for SGC this semester and said her goal is to increase SGC’s visibility on campus.

“I am also so excited to work with a group of people whose goals are so intent on making SGC into an approachable, recognizable, and helpful organization that every student at Ithaca feels comfortable and happy to engage with.” she said.

Senior SGC President Farwa Shakeel said there are still many more senate positions that need to be filled. She asked senate members to tell their friends about SGC since there are so many vacant seats. Applications are open until Sept. 30.