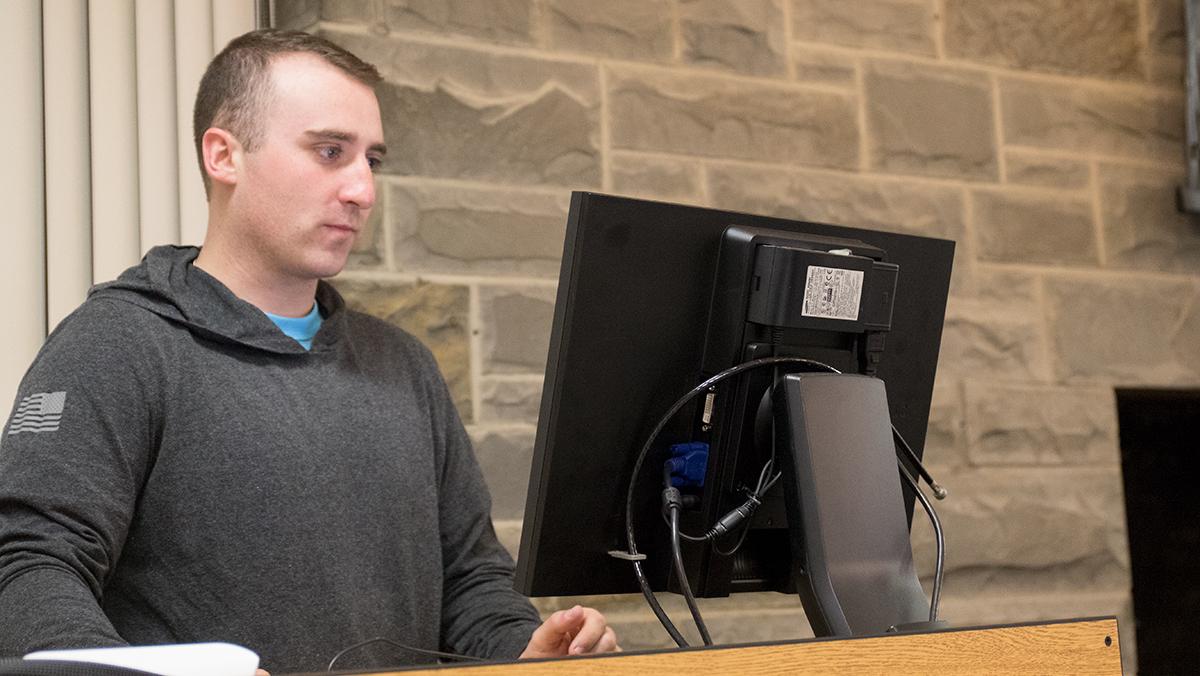 The Plastic Bag Replacement bill was sponsored by sophomore Jessica Gallagher and co-sponsored by the SGC’s Environmental Betterment Committee and sophomore Alexis Fallon, a student member of the committee. The bill proposes replacing the plastic bags used in Mac’s, SubConnection and the Circles Market with paper bags. Rick Watson, director of the college Bookstore, was quoted in the bill, confirming the Bookstore and Mac’s combined use is between 50,000–75,000 plastic bags per year. The Bookstore is not included in the initiative, though, because textbooks are heavy enough to rip paper bags, Gallagher said.

The bill also cites articles about the harmful effects plastic has on the environment, such as the fact that it takes 1,000 years for a single plastic bag to decompose.

Gallagher said Mark Darling, the retired sustainability programs coordinator for Sodexo, has agreed to order paper bags for SubConnection once the plastic bags currently at SubConnection run out.

Watson is quoted in the bill saying the college currently gets 1,000 plastic bags for $55. He said paper bags will be more expensive to order but that he is unsure by how much. To make up for the extra cost, the bill proposes adding a five-cent charge to the paper bags used at Mac’s. Gallagher said she hopes this change encourages people to not use a bag when it is unnecessary.

“I’ve seen people get a bag for a bag of chips, which doesn’t seem to make a lot of sense,” she said. “So hopefully, it will make them think, ‘I probably don’t need that bag,’ and maybe eliminate our use of bags. That won’t only save the school money but be more sustainable for the environment.”

The bill passed 12–4, with no one abstaining. Cat Proulx, vice president of communications and chair of the Environmental Betterment Committee, said she is proud of the work the committee has done so far this semester.

“I’m psyched that the bill was passed,” Proulx said. “I think the Environmental Betterment Committee has been doing some really cool stuff this semester, and I’m really proud of the members.”

Conor Friend, Class of 2018 senator, co-sponsored another bill, titled Executive Action Structure, with junior Marieme Foote, president of the SGC. The bill proposes creating a formal structure for writing executive actions, which the president of the SGC has the power to issue.

However, many senators said it did not make sense to pass a bill outlining the structure of executive actions before knowing exactly what executive actions entail. The bill ultimately did not pass, with seven votes against, eight votes for and one senator abstaining. There must be two-thirds vote to pass a ratification to the SGC’s constitution.

Friend said it is disappointing the bill was not passed and that he thinks the idea of the bill will be returned to next year, after the new constitution is implemented.