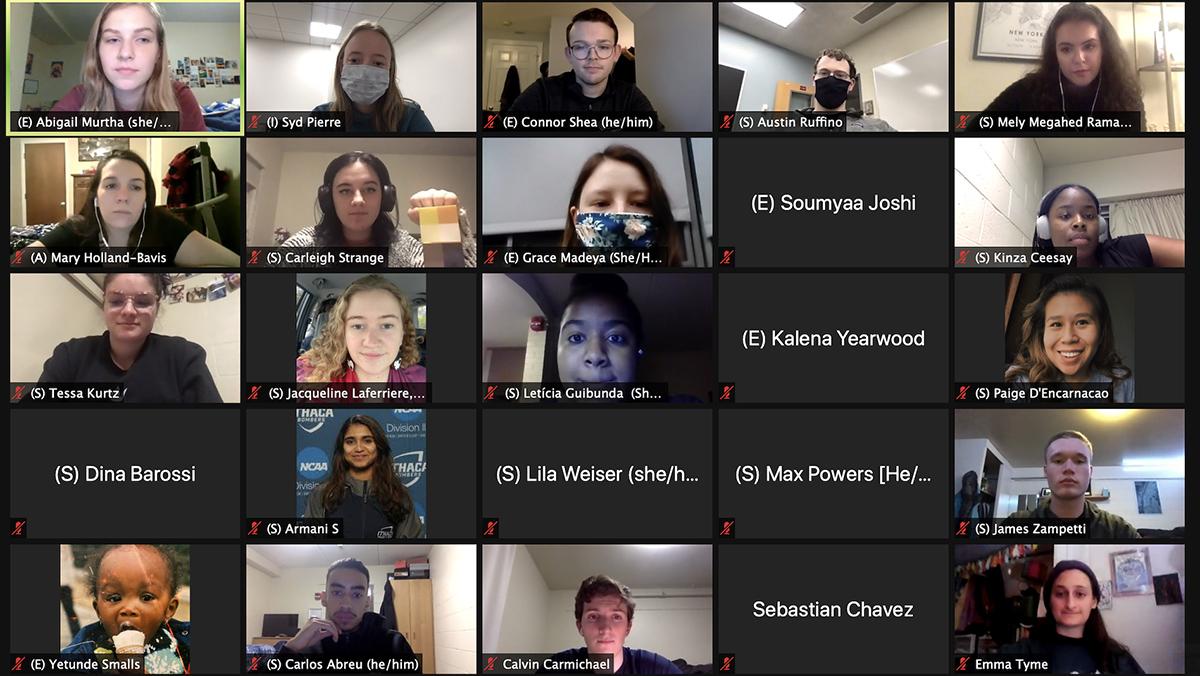 The Ithaca College Student Governance Council (SGC) passed three bills, provided updates on bills and confirmed one member to the Appropriations Committee at its Feb. 8 meeting.

The SGC passed the Basic Needs Statement Recommendation, which recommends that a statement acknowledging basic needs for students be added to course syllabi; the Documents Procedure Updates Amendment, which creates a formal process for bills passed by the SGC; and the Meeting Procedure Adjournment Clarification Amendment, which provides clarification on meeting procedures.

Catlin said Rent College Pads officially partnered with the college and created a website for students to use to find roommates, subleases and look at different housing options.

“The landlord accountability measures and eligibility criteria and all that are going to emerge through more conversations with SGC,” Catlin said.

Students have had problems with the off-campus housing selection process in the past and discrepancies with landlords regarding housing conditions.

Senior Connor Shea, president of the SGC, who sponsored the initial bill, said he had already met with Elieen Harrington, off-campus living coordinator, to find ways to promote the new site. The college created the off-campus living position last semester and has taken measures to be more connected with the off-campus community, like creating social media accounts for outreach.

“At the end of the day, this is kind of taking the very removed off-campus community and almost making it more of an extension of the IC community through this website,” Shea said.

The SGC passed the Basic Needs Statement Recommendation with a vote of 16–0 with one abstention. The bill recommends that a basic needs statement and resources be added to syllabi. The bill was sponsored by senior Maria White, junior Sam Edelstein, sophomore Soumyaa Joshi, vice president of academic affairs for the SGC, and co-sponsored by ​sophomore Austin Ruffino, senator-at-large.

The example basic needs statement reads: “Access to basic needs such as food and safe shelter are vital to a successful academic experience. If you are having difficulty affording groceries or accessing sufficient food to eat every day, or lack a safe and stable place to live, the following resources are provided to all members of the Ithaca College community.”

White and Edelstein had previously met with the SGC at its Nov. 16 meeting to discuss food insecurity among students at the college and had introduced their idea of a basic needs statement on course syllabi.

White said that the COVID-19 pandemic had impacted students’ basic needs and that three out of five college students experience basic needs insecurity at four-year colleges and universities.

“Many students don’t use public assistance or college resources, partly because they don’t know that these resources exist but also because of the social stigma attached to using these resources,” White said.

Edelstein said the statement would also include a list of resources for students that would address food, housing and financial insecurity.

“There are resources currently available at the college to address these needs for students, and we just hope that by appending this statement on all course syllabi, it will help students know what resources are available to them and how they can access these resources,” Edelstein said. “We also hope to create a main point of contact that students can reach out to when they’re facing basic needs insecurity.”

The SGC passed the Documents Procedure Updates Amendment with a vote of 16–0 with one abstention. The bill added a section to the SGC constitution that creates a formal process for bills after they have been passed by the SGC. The bill was sponsored by junior Max Powers, senator-at-large, and co-sponsored by Shea.

The process includes sending finalized amendments to members of the executive board of the SGC and uploading them to IC Engage. It also includes having the president of the SGC send finalized recommendations to the campus partners.

Shea said the SGC had tried to establish procedures during the past year regarding sending recommendations to the Senior Leadership Team (SLT) and other partners.

“I think it’ll just be helpful in the long run if we just kind of mainstream what we expect from senators, or sponsors of bills, as they are finalized in order to kind of keep SGC accountable for all the steps going forward,” Shea said.

Strange said she thought providing clear guidelines for adjournment and adding an announcement at the two-hour mark of each meeting would create more effective meetings.

“We want to be as accessible, productive and efficient as possible,” Strange said. “I personally believe that setting an end time for these meetings will create an environment focused on getting to our initiatives with consistent energy and focus. I also believe this change will make our meetings more appealing to our constituents and far less daunting to attend.”

Senior Abigail Murtha, senate chair for the SGC, asked if the amendment would add a formal end time to meetings.

Strange said the amendment was not adding a formal end time but instead writing down guidelines that were not written down before in the Meeting Procedures Act.

“It’s more about just creating a space and an opportunity for senators to kind of take a reevaluation of where they are,” Strange said.

The SGC also confirmed freshman Noah Strathmann to the Appropriations Committee, the group that allocates funds to student organizations.

Strathmann was confirmed to the Appropriations Committee with a vote of 15–0–2. Strathmann said he wanted to get more involved in the campus community and thought that being able to interact with different student organizations through the committee would allow him to do so.

Editor’s note: Edelstein is the web director for The Ithacan.