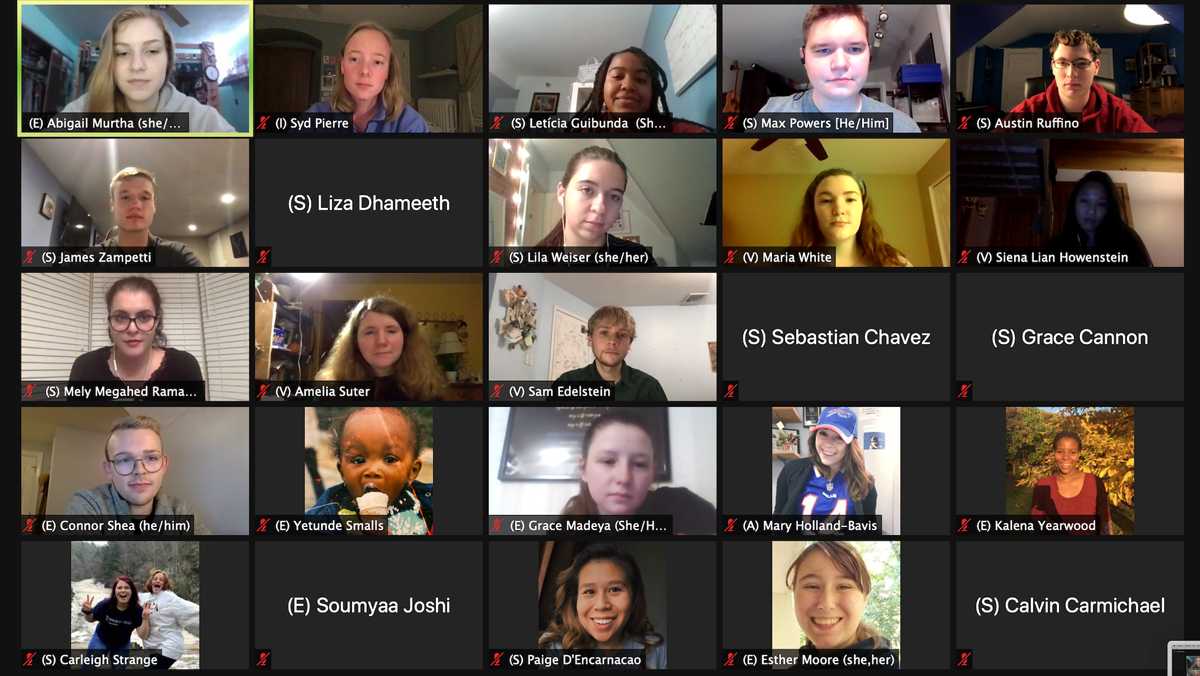 At its Nov. 16 meeting, the Ithaca College Student Governance Council met with IC Food for Thought and IC Challah for Hunger to discuss food insecurity at the college. The SGC also discussed the recent #OpenTheBooks protest, a rally that was held in response to the college’s plan to eliminate approximately 130 full-time equivalent faculty positions.

White spoke about the role that student leadership has played in implementing conversation and action against food insecurity and mentioned previous programs put in place at the college.

Swipe Out Hunger was established by Unagh Frank ’19 in 2018. The program allows students with meal plans to donate one of their guest swipes to students who are facing food insecurity. The Pantry, located in the Campus Center, opened in February 2019 and provides food and toiletries items to students for free. Currently, The Pantry is open Tuesdays through Sundays every week.

White said she wants to see the conversation about food insecurity continue and include student voices. She said that the college has a website and committee dedicated to food security, but there is a lack of accessible information.

Edelstein said that the organizations want to implement a basic needs statement on course syllabi that would address campus resources in an inexpensive and efficient way. He said the statement could include the hours of the food pantry, information about Swipe Out Hunger and a contact person for basic needs.

“We just believe that this basic needs statement is basically a way to just educate students and have them be able to utilize these resources that already exist at IC,” Edelstein said. “This is not meant to call out food insecurity or homelessness by name, but it’s rather just to guide students in the right direction to seek help, if it’s needed, and to normalize the act of seeking out help and asking for help.”

Senior Yetunde Smalls, vice president of campus affairs for the SGC, asked how utilizing the food pantry can be normalized for students.

White said that food insecurity at college campuses is not commonly talked about, especially at private institutions.

A 2019 survey from the Hope Center for College, Community and Justice found that out of 86,000 students, 45% said that they had faced food insecurity within the past 30 days. The survey also found that approximately 41% of students at four-year institutions who responded to the survey experienced food insecurity.

The SGC also discussed the recent #OpenTheBooks protest at the college, following the administration’s announcement that approximately 130 full-time equivalent faculty positions will be cut. The decision garnered criticism and concern from members of the campus community who want to see more transparency from the college.

Smalls said that she wants to encourage alumni and students to write letters about specific academic programs they were involved in, as well as create different videos or letters that would include students from every major and department to thank different community members at the college.

“I don’t want to say it’s unfeasible, but I don’t see it being foreseeable that they would open the numbers,” Smalls said. “And so just thinking about ways to be creative around that could be helpful.”

The Senior Leadership Team (SLT) at the college has denied requests for financial transparency from the SGC, as seen in its Fall 2020 Tuition Transparency Request Bill. The SLT has also refused to disclose administrators’ salaries to The Ithacan.

Sophomore Soumyaa Joshi, vice president of academic affairs for the SGC, said that she wants to see more connections among alumni and current students.

“Alumni want to connect with students, and this is obviously an issue that alumni, I’m pretty sure, also feel very strongly about and also current students obviously because it’s impacting them now,” Joshi said. ”So maybe finding if we can coordinate with the [Alumni Association Board of Directors] to connect students and alumni from the same departments.”

The SCG also voted 15–0 with one abstention to livestream its meetings on YouTube, but a timeline has not yet been set for when the switch will be made. Currently, the SGC hosts its meetings over Zoom and posts a public link to the meetings on IC Engage.

Freshman Liza Dhameeth announced that she will be resigning from her position as Class of 2024 senator. Dhameeth said she has received sophomore standing from the Office of Registrar, a change that makes her ineligible for the position.

Currently, both senate seats for the Class of 2023 are filled.

Senior Abigail Murtha, senate chair for the SGC, said the SGC has replacement options lined up, so the seat will not remain vacant.

Editor’s Note: Edelstein is web director for The Ithacan.