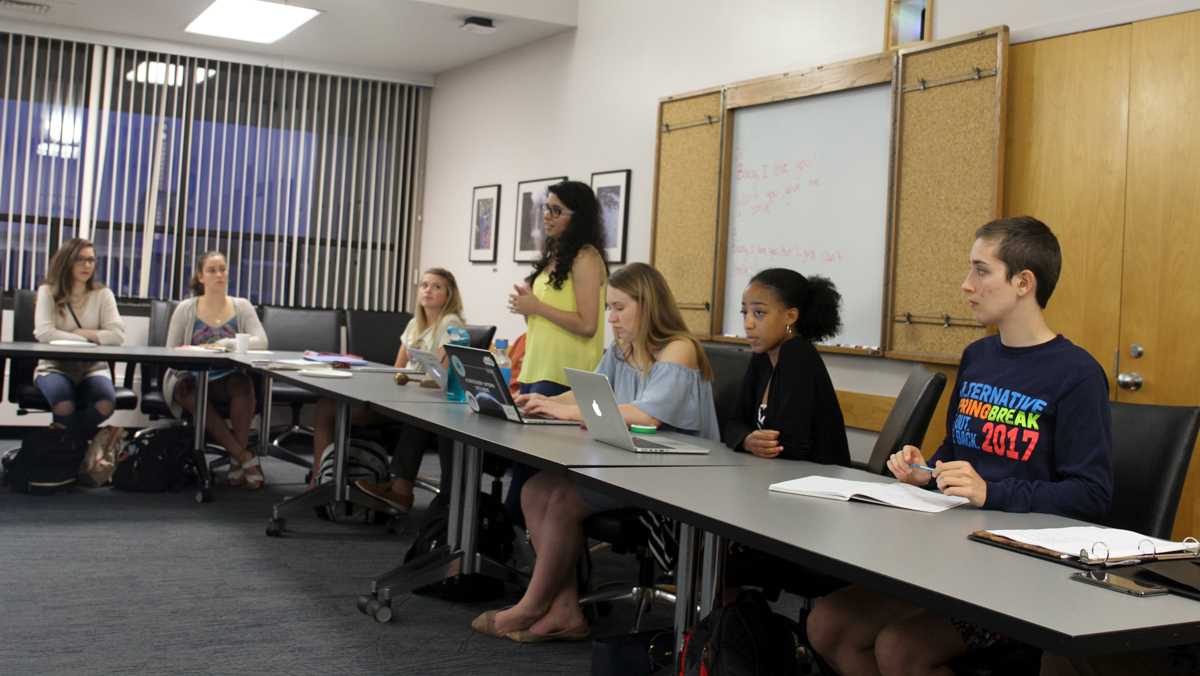 In its first full Senate meeting of the year, the Student Governance Council held an orientation for incoming senators and set the agenda for the fall semester.

Senate Chair Farwa Shakeel said that she is pleased with the enthusiasm the new senators have brought to the SGC and hopes to fill the vacancies quickly by reaching out to the deans of the schools that do not have senator representation and encouraging sitting senators to recruit their friends.

After confirming Fraebel and Sadoff, the SGC did icebreaker activities and reviewed some SGC fundamentals such as the bill-making process and the Robert’s Rules of Order parliamentary procedures used.

Senior Conor Friends, vice president of Business and Finance, discussed the new rules he helped implement last semester for making bills. He said he hopes the SGC passes a lot of bills this semester.

“A lot of the senators seem like they have a lot of really good and legitimate ideas for putting together bills and making actual change on this campus,” he said. “If there’s going to be so many ideas, then they ought to know how to actually write [bills].”

SGC President Carlie McClinsey said this is a pivotal year for the campus community due to the transition into President Shirley M. Collado’s administration. She also said she wanted to work toward encouraging more school pride on campus.

“I really want to make sure that student engagement increases,” she said. “I feel like people really like Ithaca, but we don’t see a lot of students going to our sports games and events.”

McClinsey said she will meet with Collado on a monthly basis, noting that there was only one meeting between then-President Tom Rochon and former SGC President Marieme Foote last year. Last semester, the SGC added a clause in its constitution requiring the SGC president to meet with the college president at least once a month.

McClinsey also talked about locals complaining about students being disruptive on Friday and Saturday nights — a topic she emailed the campus community about at the beginning of the semester. She said the email resulted from a workgroup session she attended to discuss the relationship between the college community and the local community. She said that working toward resolving the issue is a priority this semester.

“This is a really pressing issue,” she said. “Even though it doesn’t affect students as much, it is really hurting the community.”