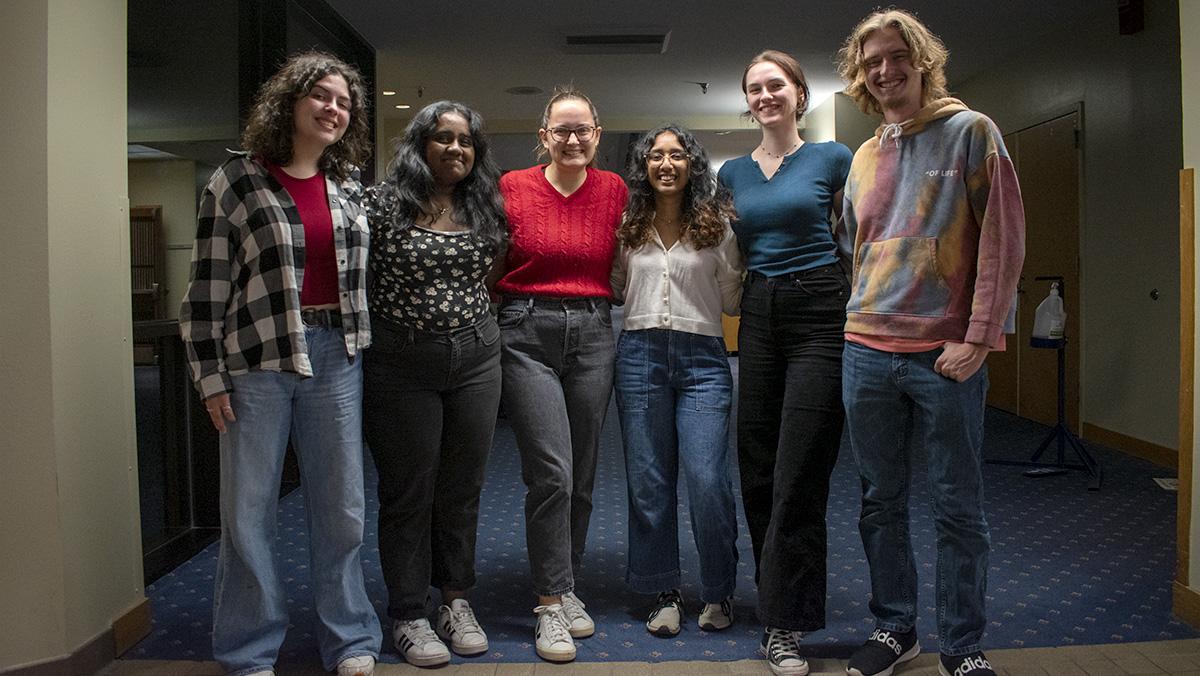 Ithaca College’s TEDx Club will be independently organizing its first conference since 2017 on Oct. 22, featuring 10 speakers in the Emerson Suites, alongside a live stream screening in Park Hall.

TED is a nonprofit that aims to disseminate ideas about technology, entertainment and design through talks that last less than 18 minutes to sustain the audiences’ attention effectively. TED conferences are usually held on the West Coast two or more times a year, with more than 50 speakers over three days. The last TED conference took place in April. TEDx events can be organized by any interested individual or organization and follow the same format and structure as TED conferences but are independently and locally organized, compared with TED conferences which are organized on a larger scale.

Junior Camille Brock, president of TEDx Ithaca College, said she applied for a license in December 2021 to use the TEDx brand and organize the conference, while the funding is provided through the Appropriations Committee of the Student Governance Council (SGC).

The theme of this year’s conference is “Empowerment.” Brock said this broad theme will allow speakers to share their perspectives on empowerment.

“We figured there was a lot of turmoil and there were a lot of things happening, not only at the college but in the country and in the world,” Brock said. “We just wanted to give people a platform to share their version of empowerment, their stories of empowerment and what that looks like for them as an individual.”

Out of the 10 speakers, eight are affiliated with the college as alumni, professors or students. Speakers include Alyssa Davis, model and marketer; Dominic Cottone ’99; Eden Strachan ’21; Elizabeth Bleicher, dean for Student Success and Retention at the college; Jen Rafferty ’06; John Guastaferro, a magician and executive director of Hyundai Hope on Wheels Foundation and Genesis Inspiration Foundation; Luke Keller, professor in the Department of Physics and Astronomy;  Maureen Devine-Ahl ’03; senior Nijha Young; and Yvette Sterbenk, associate professor in the Department of Strategic Communication.

Brock said the club was revived after the executive board members took a class together in Spring 2021 with Mark Addona, assistant professor in the Department of Strategic Communication, and asked him to be the club’s adviser. The conference was originally scheduled, by previous e-board and club members, to take place in March 2020, before the e-board began attending the college, but was canceled because of COVID-19. In Spring 2021, Brock revived the club and began planning the conference again.

“The e-board has been extremely enthusiastic about the TEDx conference and has been working together on this for about a year and a half,” Addona said via email. “The e-board has done a great job with getting everything prepared for the 2022 TEDx and it would be great to continue to have this event in the future.”

Junior Sofia Nolfo, marketing chair of the club, said she was excited about the upcoming conference and looks forward to hosting an event she has been working on since her first year at the college.

“We’ve been working on this for a very long time,” Nolfo said. “It’s really nice to see it coming back because I think it’s a really good opportunity for the campus community to learn and connect with one another.”

Ticket reservations for the event began Oct. 12 and will close at 6 p.m. Oct. 21. The conference is free for students and anyone affiliated with the college. Nolfo said the conference will last for about five hours, with a break after the first five speakers’ presentations.

According to TED rules meant to ensure quality of conferences, only 100 people are allowed to attend the conference in-person. Nolfo said students who do not get tickets to the live conference will be put on a waitlist and can attend the YouTube live stream of the event, which will be held in Park Hall.

The club used several communication channels of the college 一 like Intercom, Park News and Alumni Family Engagement through alumni newsletters 一 to reach out to speakers interested in presenting their ideas at the conference. Speaker Spotlight, a social media campaign run by the club’s marketing team, worked on promoting the event to students through Instagram.

Keller said he thought that TEDx conferences at the college might take place every three years in the future, considering how much effort the e-board takes to organize a conference.

“When you look at the TED website, you don’t see TEDx at the same [location] every single year,” Keller said. “I think it’s an awful lot of work. It’s very obvious to me that [the organizers] have done just a tremendous amount of work, which I appreciate a lot.”

Speaker applications for the conference opened in February and were due at the end of March, Brock said. Brock said the club received over 80 applications, out of which 20 finalists were shortlisted. Out of the 20 finalists, 10 speakers were chosen.

Keller said applicants had to go through a rigorous selection process that involved writing and submitting abstracts of their talk and uploading a short video of their presentation.

“The application process was quite involved — there was a lot to do,” Keller said. “I know from experience that there were really, really good applications. So, I feel very fortunate to have been chosen from a [group that] must have been very difficult for them to choose.”

Speakers were constantly in touch with the e-board for the structure and format of their talks. The e-board required the final speakers to submit the first five minutes of their presentation for review, followed by the 10th and 15th minutes over the course of three months. Keller said this cycle of extensively reviewing content helped him treat his presentation as a priority.

“I certainly would not have spent three months preparing for a talk,” Keller said. “At this point in my career, I can give a talk next week if you want me to. So [preparing for the talk] really did two things for me: it told me how seriously they were taking it, which is important, and it made me take it more seriously.”