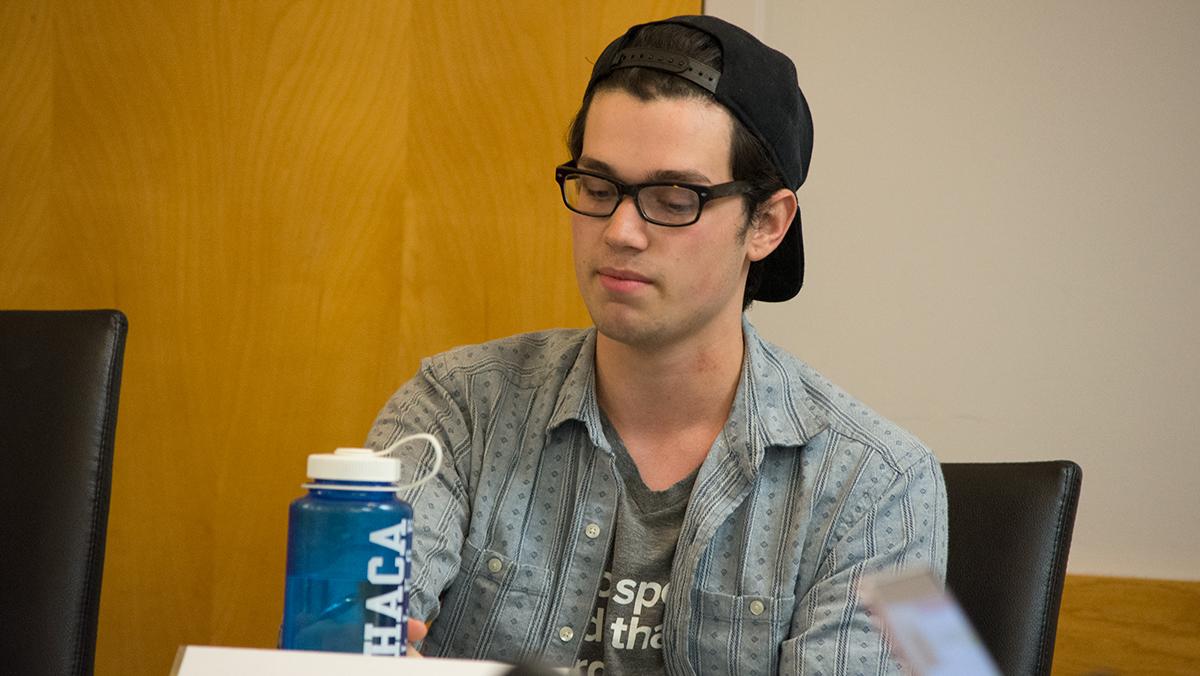 Teddy Zerivitz/The Ithacan
Luis Torres, Student Governance Council vice president of campus affairs, and Danielle Weinstein, vice president of communications, will step down at the end of the fall semester. Torres has been in the position since Feb. 29, while Weinstein was new to the SGC this semester, running on the IC Office Ticket.
By Sophia Adamucci — Staff Writer
Published: November 2, 2016

Two members of the Ithaca College Student Governance Council’s executive board will resign at the end of the fall semester, according to a Nov. 1 announcement on the group’s Facebook page.

Danielle Weinstein, vice president of communications, and Luis Torres, vice president of campus affairs, will be stepping down from their positions at the end of the semester and will not be completing their yearlong terms in office. Executive board members are bound by the SGC Constitution to serve for a full year, so Weinstein and Torres must resign from their positions.

Torres has been in the position since Feb. 29, while Weinstein was new to the SGC this semester, running on the IC Office Ticket.

The original Facebook post stated that Weinstein and Torres were resigning for “personal reasons,” but it was later changed to read that both members will be off campus next semester. Senate Chair Carlie McClinsey said both Torres and Weinstein are resigning to study abroad in the spring semester — plans she said the board was unaware of during elections.

In response to the resignation of Torres and Weinstein, the SGC released an application on OrgSync open to both members of SGC and students, McClinsey said. The goal is to have the positions filled with new candidates by the first or second week of December, so the new members will be ready to serve by the beginning of the spring semester, SGC president Marieme Foote said.

“I think that we’re probably going to end up using winter break to adjust, get to know each other’s working styles, and when we come back, we’ll be adjusted and ready to go,” Foote said. “I’m not too worried about it.”

Off-campus senator Charlotte Robertson said there are many capable students who can fill the empty executive board positions, and she doesn’t think this development will negatively affect the SGC going forward.

“I know that they had made a commitment to SGC for the entirety of the year, but truthfully we have lots of very qualified students on campus that can fill in these positions, and that gives other students the opportunity to have a student government experience, have that executive board experience,” Robertson said. “I don’t think anybody is really being hurt by them leaving midway through the year.”

Since Torres and Weinstein will remain on the board for the rest of the fall semester, they will assist in the process of filling their positions, McClinsey said.