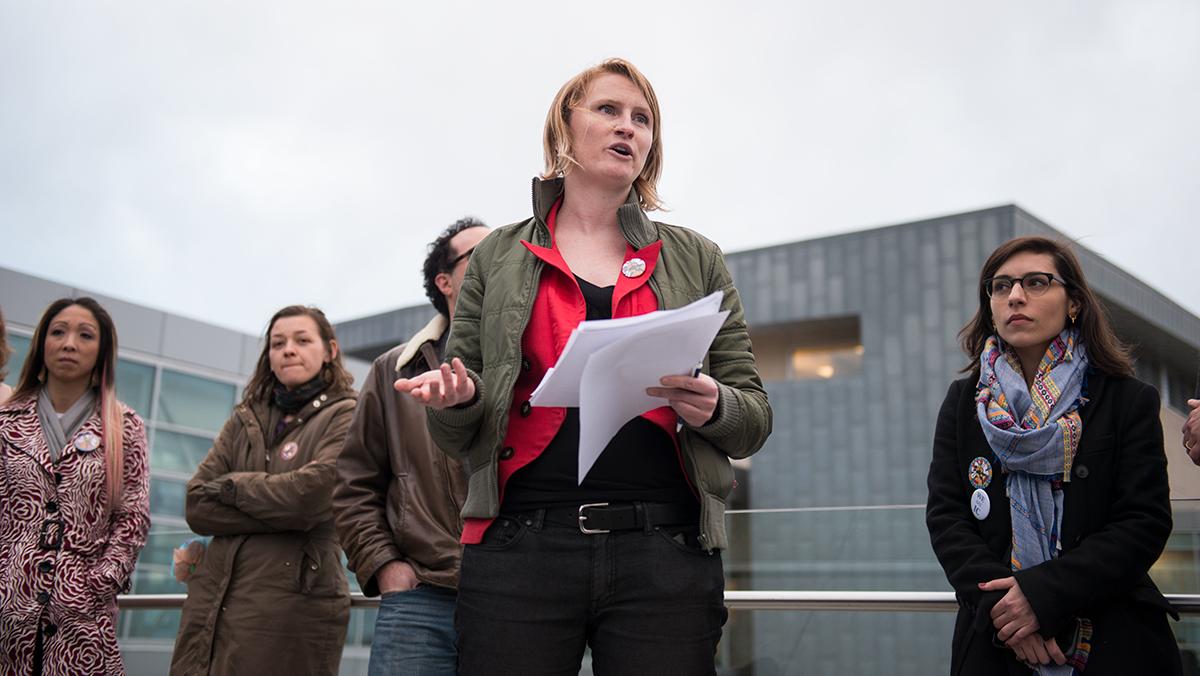 Dwight Mitchell, an intern for the Cornell Law Clinic, said at a March 8 news conference that the clinic has successfully filed a charge against the college with the National Labor Relations Board alleging unfair labor practices. Megan Graham, assistant professor in the Department of Writing, said at the conference that the unions scheduled an emergency bargaining session with the administration at 9 a.m. March 9, following a bargaining session held March 8, which she said was unsuccessful in meeting the union’s demands.

Graham said the administration needs to present a path toward pay parity for part-time faculty and longer-term contracts for full-time contingent faculty to avoid a strike. She said the unions have put the college on a 24-hour notice, and if their demands are not met by 5:30 p.m. March 9, the unions will initiate a strike.

The unions authorized the action to strike Feb. 14. Since then, the administration has offered a 14.3 percent raise to part-time faculty over the course of four years, which would raise the current three-credit course from the current value of $4,200 to $4,800 by the final year of the agreement. The administration has not responded to the full-time contingent faculty on longer-term contracts, as previously reported by The Ithacan.

Kornreich said at the news conference that he has been working at the college for seven years and that every year, his department has tried to persuade the college to give him a longer-term contract. He said that the year the unions decided to organize, the college took away his position and opened up a search for a full-time tenure-track position that would cover Kornreich’s classes. However, when Kornreich applied, he said, he was not offered an interview.

“So I won’t be here next year because my one-year non–tenure track position, which I have had every year since 2010, is gone,” Kornreich said. “And I didn’t even get an interview.”

Gunderson said she had a similar situation. She said the classes she teaches, such as Human Sexuality and Personal Health, are always full, and hundreds of students try to take the course, which is why she said it does not make sense to cut her position.

Dave Maley, senior associate director for media and community relations, said the allegations made by the unions are untrue but that the college looks forward to cooperating with the NLRB. He said he would not discuss the specifics of the bargaining session that occurred March 8 and said all conversations regarding the college’s plan to address the negotiation session March 9 should occur at the bargaining table.

Graham said the unions are looking for a “glimmer of hope” to avoid a strike, but if the administration does not take action to meet their demands, the strike will happen.