UPDATE: One injured in car crash outside main entrance of college 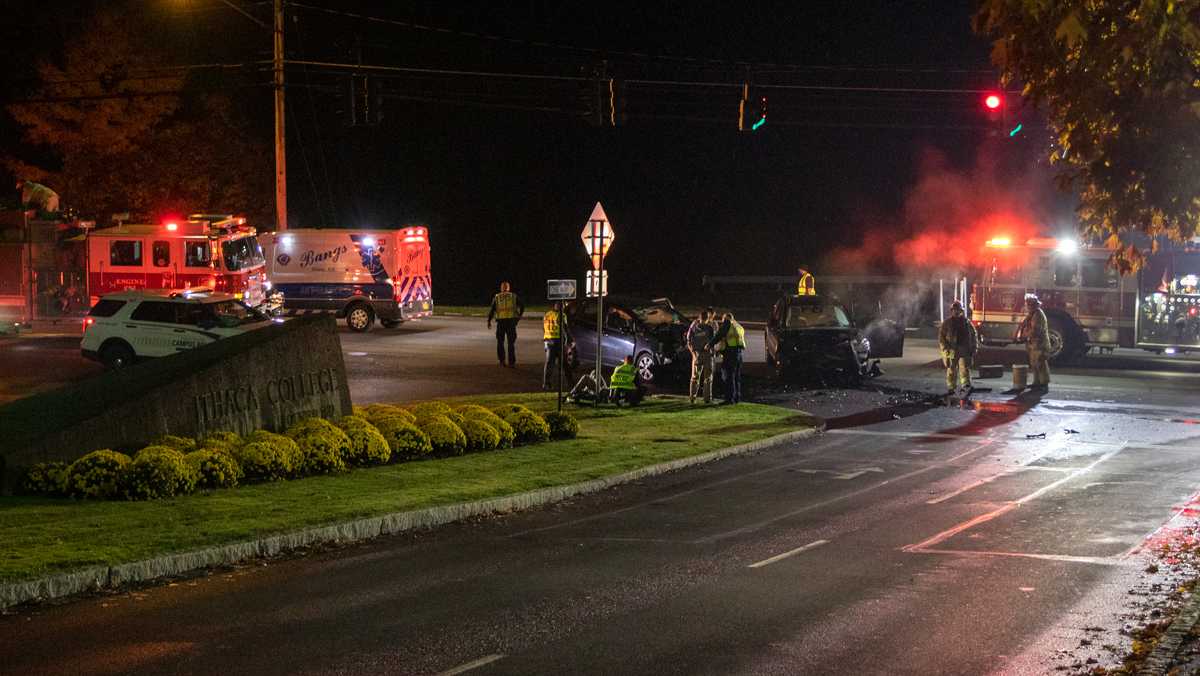 Elias Olsen/The Ithacan
A two-car collision at the main entrance of Ithaca College resulted in one injury Nov. 1. One of the drivers in the accident was a student at the college.
By Rachel Heller — Staff Writer
Published: November 3, 2018

Two cars collided at 7:47 p.m. Nov. 1 near the main entrance to Ithaca College on Danby Road, resulting in one non-life–threatening injury.

Public safety officers responded to the incident, along with the Ithaca Fire Department and Bangs Ambulance, a local Ithaca ambulance company.

Bill Kerry, director of the Office of Public Safety and Emergency Management, said a vehicle was making a left turn into the college’s entrance and failed to yield to an oncoming vehicle before colliding. The driver who failed to yield was issued a traffic ticket.

Both vehicles were single occupants, and one of the drivers was a student at the college. One of the drivers was transported to the Cayuga Medical Center with a non-life–threatening injury, and the other driver had no reported injuries, Kerry said. Both cars in the accident received equally heavy damage to the front of the vehicles.

“We’re glad it wasn’t worse,” Kerry said. “It’s a dangerous intersection where there’s a lot of stuff going on.”

Public safety closed the intersection of Alumni Street and Danby Road while the accident was investigated and the debris and cars were moved from the road, Kerry said. The intersection reopened around 8:45 p.m.

Kerry said he could not disclose any more information regarding the two people involved in the collision.