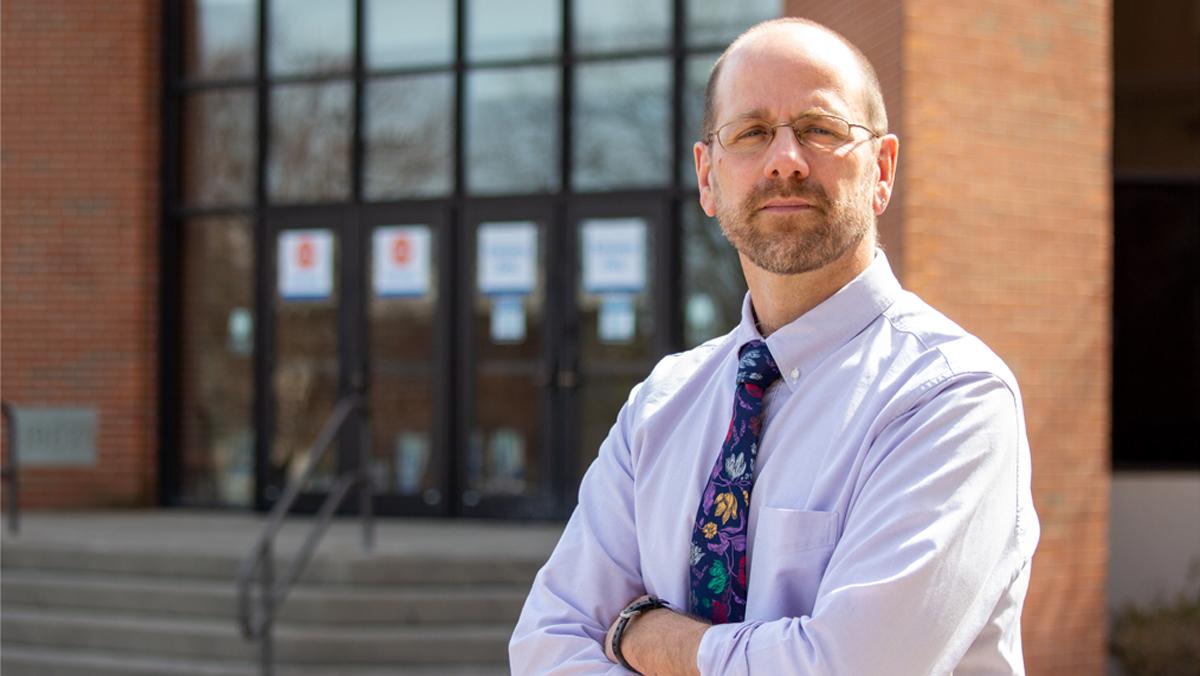 Brendan Iannucci/The Ithacan
Thomas Pfaff, professor in the Department of Mathematics, calls for transparency from the Senior Leadership Team (SLT). He poses questions for the SLT to answer.
By Thomas Pfaff
Published: March 24, 2021

Recent commentaries have suggested that “the Senior Leadership Team (SLT) and faculty have differing views on how to enact the practices of transparency and shared governance,” and that “moving forward we need meaningful collaboration.” Is the definition of transparency really in question? What gives us hope that the SLT might act differently in the future?

The SLT has repeatedly refused to state the amount of their pay cut even when Cornell’s administration has done so, instead allowing speculation that the pay cut was little to nothing. They have consistently refused to engage in meaningful dialogue with, and instead have admonished, the Open the Books coalition and its student activists. Weeks ago, the College’s American Association of University Professors chapter sent a letter with questions, and the letter has yet to be acknowledged, let alone receive a response. The IC Alumni Against Austerity group repeatedly asked to meet with the SLT about the Academic Program Prioritization Implementation Committee (APPIC) in an open Zoom format; instead, the alumni association sponsored a closed webinar, only after the final APPIC decision. Finally, when given a golden opportunity in an interview with The Ithacan to elaborate on transparency and suggest improvements, Ithaca College President Shirley M. Collado started by punching down on the student reporter. These issues aren’t new. For example, the Honors Program, a program known for increasing yield, was “replaced” without faculty input.

The problems extend from transparency, to shared governance, to the decisions themselves. The SLT has repeatedly stated they took feedback on the strategic plan, but the real decision hinged on a reduction to 5,000 students. This decision, which has yet to be given a convincing rationale and for which the campus community had no input, set everything else in motion, dictating cuts for faculty and staff. The “demographic cliff” that has been used as a reason, and sounds more like a scare tactic, is 7 years away. Revenue lost by 1,000 fewer students is over $20 million (1000*(tuition: $46,610)*(1-0.55)=$20,974,500, where 0.55 is the approximate discount rate, as previously stated by administrators in meetings), while the cuts are projected to save only $8 million and won’t be fully realized for years.

We were told that we need a 12:1 student–faculty ratio, based on historic averages instead of finances or quality of education. Now we are told the college will be around 4,300 students in the next few years, putting us back to a 10:1 ratio. Is 12:1 really that important, or will more faculty be cut? Our historically weak yield has declined further the last few years, especially when compared regionally. Meanwhile, New York state colleges saw a 4% decrease in enrollment this past year, while IC was down about 15%. All of this leads to real concerns about the decision-making and fiscal future of the college.

These examples provide clear evidence of a lack of transparency, openness and shared governance and don’t instill hope for the future. To change this narrative, I would like detailed responses to the following questions that allow for the campus community to ask follow-up questions. Faculty live in a world of peer review, and that process often improves our work, and these questions are put forth in that spirit.

1) How did the SLT arrive at 5,000 students? How will 5,000 students be distributed across campus effectively? Programs need a minimum number of students to offer an appropriate selection of upper-level classes.

2) What are the budget projections over the next 5 years? Please address how we will close our deficit. Include details of projected revenue and cost.

3) The brand that is Ithaca College has taken steps backward. Morale is low. Please provide an overview of how you will improve this situation. Simply telling faculty we will have travel money and raises isn’t inspiring, since we already had that.

The campus community looks forward to the SLT’s responses and engagement in a peer review process so that we all understand our current situation and future. I would be happy to address any questions the SLT may have.

Commentary: Now is a crucial time for shared governance