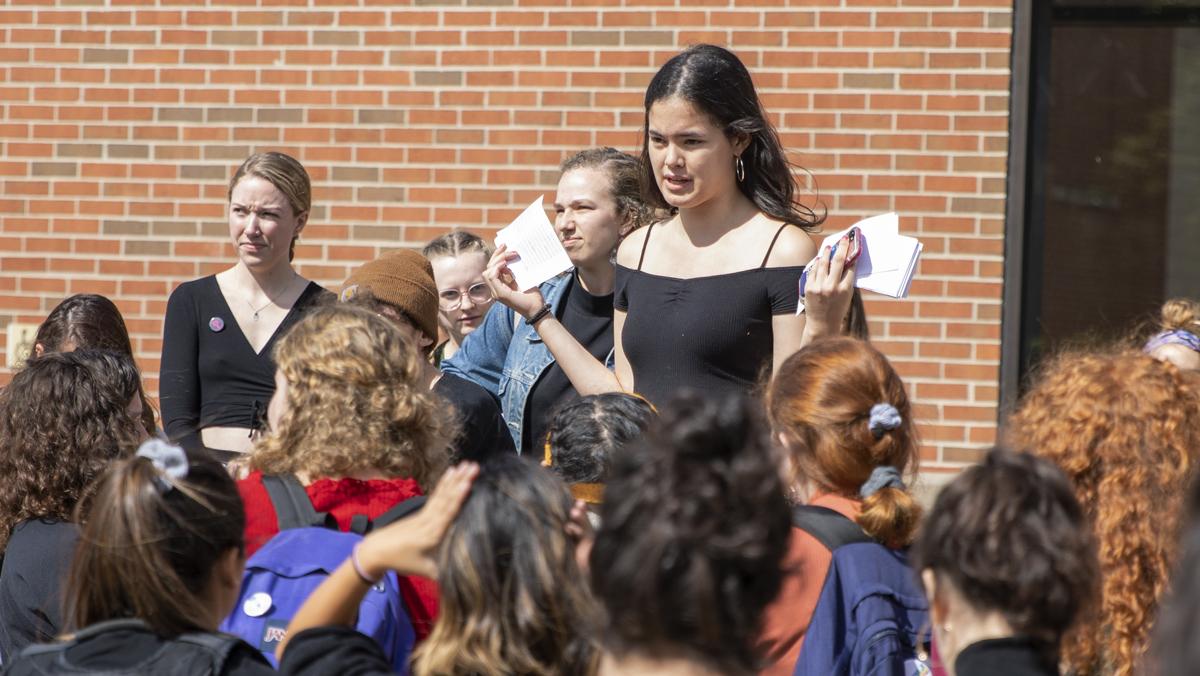 Elias Olsen/The Ithacan
Senior Tatiana Jorio, center, writes that the Department of Education's recent proposed changes to Title IX do not bode well for prosecuting sexual assaults and for the treatment of survivors in the future.
By Tatiana Jorio
Published: February 13, 2019

The regulations would unfairly increase protections for the accused and make the reporting process more difficult for survivors. The Department of Education is supposed to remain neutral, but they are clearly taking the side of the accused.

“Unwelcome conduct of a sexual nature” is currently what sexual harassment is defined as under Title IX. The new regulation proposes to change this definition to: “unwelcome conduct on the basis of sex that is so severe, pervasive and objectively offensive that it denies a person access to the school’s education program or activity.”

The changing of this definition serves to create confusion on what does and does not constitute as severe, pervasive and offensive. This concerns me because any act of unwanted conduct of a sexual nature is severe, pervasive and objectively offensive. Survivors already experience victim-blaming, and this proposed regulation will only make matters worse and will dissuade people from reporting.

The regulations would also allow for cross-examination of the survivors’ credibility, again creating more room for victim-blaming and possible trauma for the survivor. These proposed regulations seem to have an assumption that survivors are not telling the truth, but it has been found that only 2-10 percent of reported cases of sexual assault are false. We need to believe survivors.

If taken in to effect, these proposed regulations will affect all students, but they will disproportionately affect students of color, students with disabilities and trans students who experience the highest rates of assault.

According to EROC, sexual assault is highest among trans people at a rate of 25 percent. In addition, those who identify as bisexual or unsure of their identity face higher rates of sexual assault. And lastly, black students and students of color face the greatest amount of sexual violence at an estimated 8.7 percent. The reporting process is already more difficult for students of color, undocumented students, LGBTQ students and students with disabilities because they are more likely to experience discrimination, police violence or deportation. These regulations will make it even harder for these communities to report sexual assaults and serves to discourage them from reporting in the first place.

While we wait to hear what will happen next, colleges can let survivors on their campus know that they will support them — that they will continue to investigate and respond to allegations, provide accommodations such as counseling, provide opportunities for a disciplinary hearings, and will work to prevent sexual assault from happening in the first place.