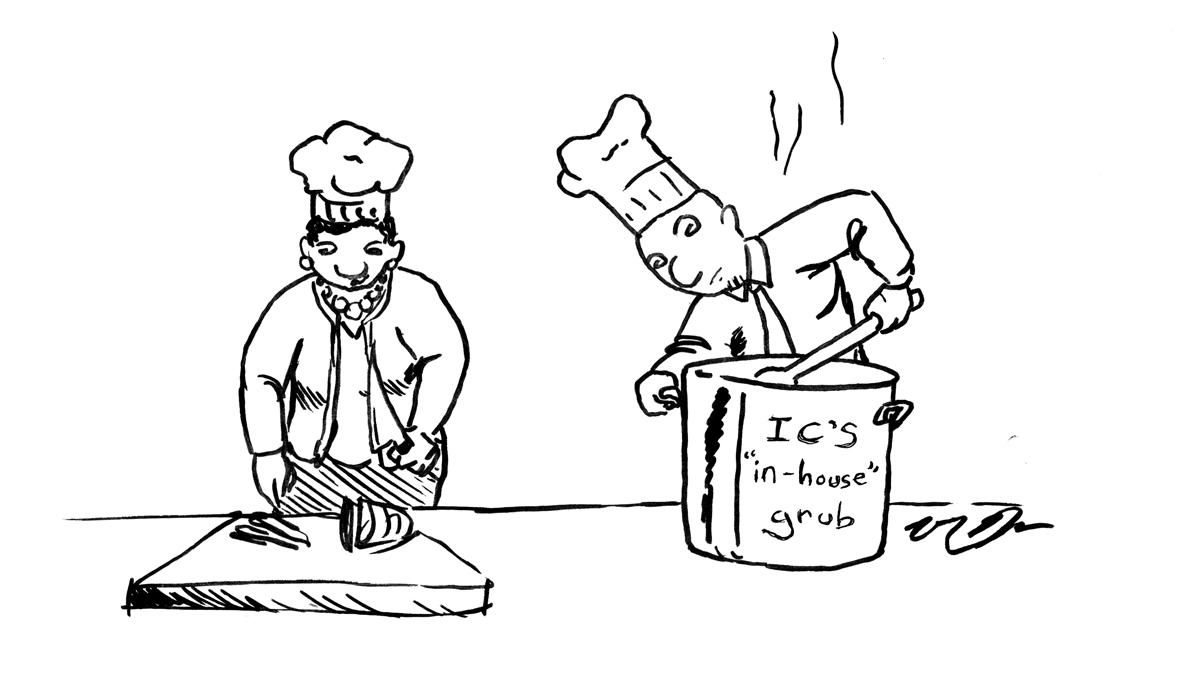 On March 18, Ithaca College announced that it will not be renewing its contract with Sodexo and will be taking the campus dining program operations “in house.” This change is intended to improve dining programming, simplify meal plans, lower costs and better address food insecurity. The current contract will end June 3, meaning all dining halls and retail establishments will no longer be stocked or operated by Sodexo for the start of Fall 2019.

The conclusion of the college’s contract with Sodexo marks a momentous change for the campus community and is one that should be celebrated. For over a decade, students have made numerous complaints about the Ithaca College Dining Services and have repeatedly asked for a change. Over the years, Sodexo has contributed to food insecurity, caused allergic reactions and failed to meet students’ dietary needs. These issues have been a source of contention at the college for quite some time, and it is encouraging to see the college begin to rectify the issue.

Finally ending the contract with Sodexo demonstrates the college’s understanding of the issues and its desire to cooperate with students. Bill Guerrero, vice president for finance and administration, was at the forefront of the initiative to improve Dining Services. The administration listened intently to students’ issues and perspectives, a foundation that will give this new initiative some much-needed guidance. The speed at which this change is being implemented also means the change will benefit many of the students currently afflicted by issues in the college’s Dining Services.

However, this short time period to make big changes raises a question: How will the college pull this off?

The contract officially ends in June, meaning the college has less than three months to solidify a new dining program. By keeping the program “in house,” the college’s responsibility is to ensure it is equipped with the proper resources to fully provide food for its students. Though the program will be changed, Guerrero said, many of the vendors providing the college’s food will remain the same. Considering one of Sodexo’s most prominent issues was its quality of food, the college will need to take further steps to ensure that the issue is actually resolved.

All of these tasks will also need to be completed while remaining in a certain budget. While the funding for the college’s new dining services has yet to be disclosed, handling this initiative economically is perhaps more important now than ever. The college’s budget and spending have been a source of contention for students and the administration in recent years due to the inflation of tuition prices, especially the recent breaching of $60,000 of the cost of attendance for the 2019–20 academic year. The college is also expected to make significant budget cuts in the next year due to projected low enrollment, further limiting the program’s funding.

Sodexo employees should also be at the forefront of the college’s decision-making while enacting this change. In the announcement, Guerrero said that all current Sodexo employees who would like to continue working at the college will have the opportunity to and that their wages will not change. In 2011, after a series of protests, Sodexo raised its employees’ wages to a living wage. This was a change that members of the campus community fought hard for, and the college is right to uphold those wages even as the dining services adjust. In order to create a sustainable dining program, the college will also need to balance the costs of improving and expanding the dining services while continuing to pay its employees fair wages.

Ultimately, the termination of the college’s contract with Sodexo is positive for our campus community, but the college should be careful as it moves forward with establishing its new dining services. The objective of this change is to be an improvement, not a degeneration, of students’ experiences when eating on campus. While the new dining services have the potential to revolutionize dining on campus, with that also comes the risk of worsening the program.