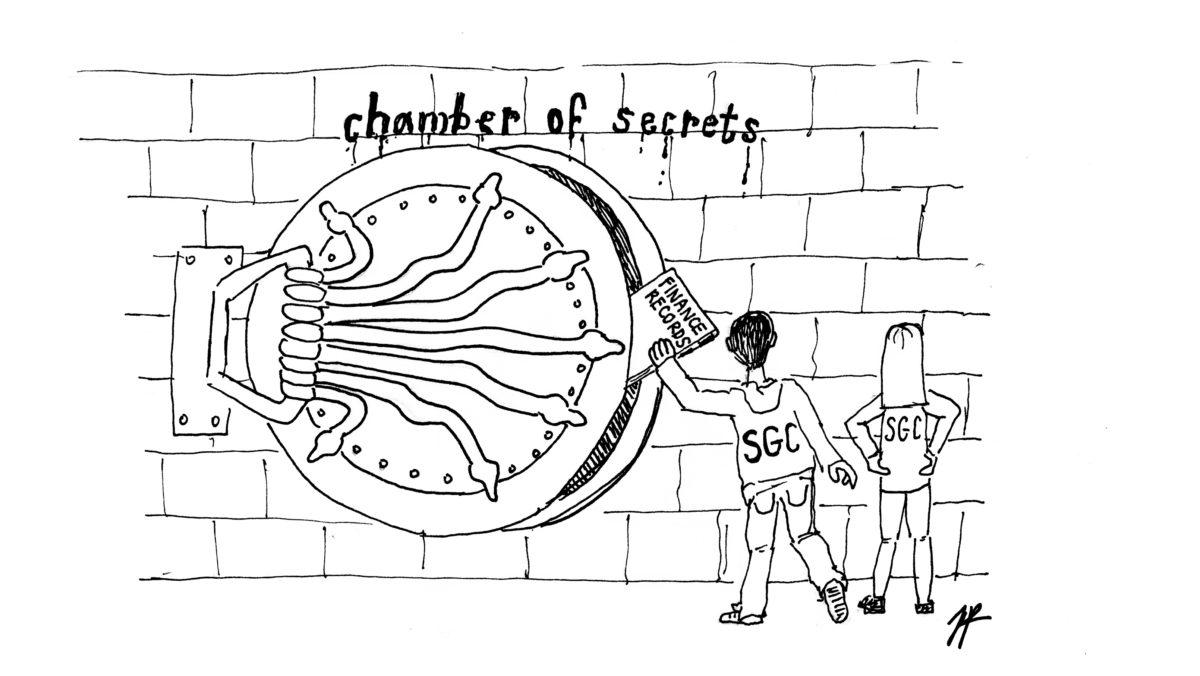 At Ithaca College, the Student Governance Council is chartered to serve the students of the college. While a lack of shared governance on this campus has limited the reach of student governance and intentionally limited the power students hold in making decisions, the SGC does have one responsibility with real consequence: allocating funding to student organizations.

The SGC’s Appropriations Committee is responsible for allocating funds to clubs and organizations recognized by the Office of Student Engagement and Multicultural Affairs. The Appropriations Committee holds real power in determining which clubs and organizations receive funding from their Student Activities Fund, which included $395,000 this academic year.

The SGC Appropriations Committee instituted a temporary ban on funding for the African Students Association, which was followed by a reversal by the SGC Senate. This chain-of-events reflects the complexities of the process. The Ithacan is currently working on a story exploring the allocations process for student clubs and organizations, with the goal of increasing understanding among the community.

In examining the process, The Ithacan has asked the SGC for allocations data for the 2015–16, 2016–17 and 2017–18 academic years, requesting which clubs and organizations requested funding, how much they requested, how much they received and what the club asked for the funding for. In order to truly
understand the funding process and how the Appropriations Committee makes decisions, it is necessary to understand and examine which student clubs and organizations receive funding and why.

Conor Friend, SGC vice president of business and finance, Carlie McClinsey, SGC president, and the rest of the SGC executive board have rejected The Ithacan’s request for this information, saying they do not publicly release it.

But individual meetings of the Appropriations Committee, where all of this information is discussed, are open to the general public. And Friend presents much of the information The Ithacan is requesting — at least, from this academic year — to the SGC Senate in public SGC meetings. SGC senators have the power to ask questions and hear appeals of decisions made by the Appropriations Committee.

But how can senators represent the concerns of their student constituents when these students are prevented from seeing allocations data for the whole academic year? Why is the SGC refusing to share information presented in public meetings?

In defending their decision, the SGC said in a statement to The Ithacan that it is “not the role of SGC to reveal the specific details of each organization’s budget request; that is information that the organizations themselves can share.” Passing the onus of transparency from the governance organization which has the power over the funds to the individual student organizations is evasive and nonsensical.

Throughout its history, The Ithacan has pushed both the college’s administration and student government for increased access and transparency, and we will continue to do so. By obstructing public access to those records, the SGC evades the checks and balances that ensure fairness and accountability. Like the college’s budget as a whole, the funds the SGC distributes come primarily from tuition and fees, and the student body has the right to know how its money is being spent.

The Ithacan will start attending the weekly Appropriations Committee meetings to document which clubs receive funding from the SGC. But it will be impossible to gain a full understanding of the Appropriations Committee’s work this year if the SGC continues to hide information presented earlier this academic year and in previous years.

As a governing body of elected representatives, student government should be as open and transparent as possible, and the SGC has the opportunity to set a positive example for our institution’s administration. In local, state and federal governance structures, how governments allocate money is public record. Students should hold their government, the SGC, to the same standard. The SGC should take advantage of the opportunity to set a precedent of transparency instead of just throwing the word “transparency” around as a campaign buzzword.