Open Letter to the Board of Trustees: Alumnus demands action on campus racial issues 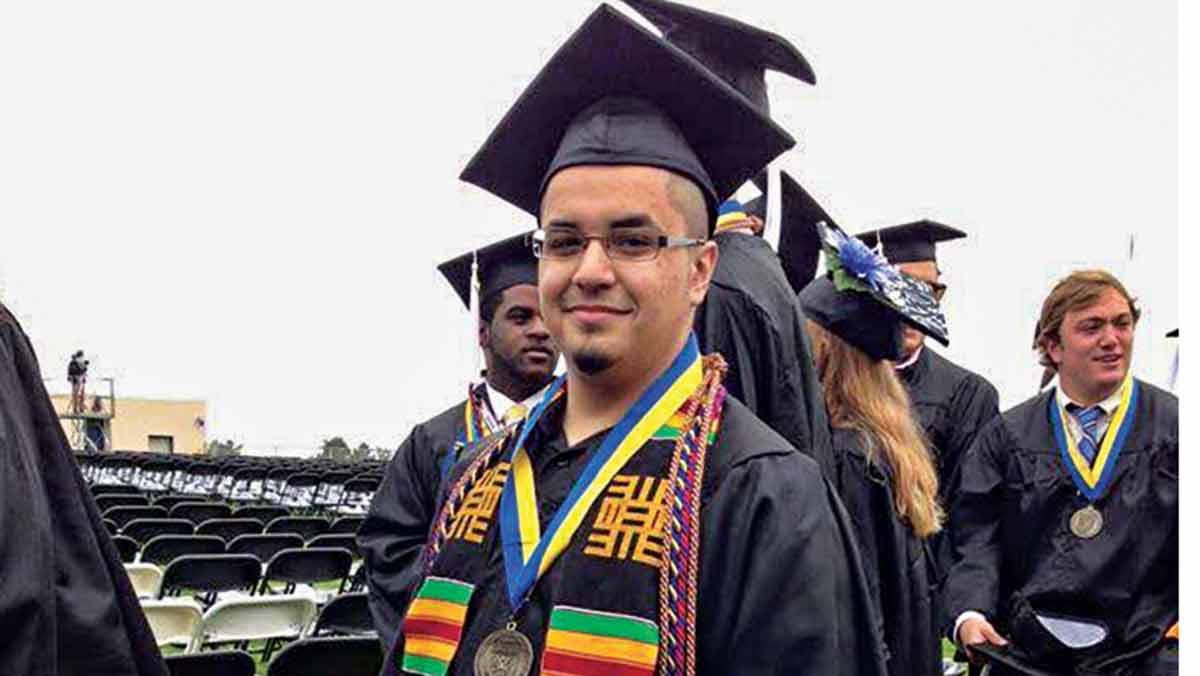 Courtesy of Matt Orama
Matt Orama graduated from Ithaca College in 2014. Since the AEPi and Blue Sky racial controversies, he has been involved in advocacy through several social media movements using hashtags on Facebook and Twitter.
By Matt Orama
Published: October 21, 2015

We have never met, so I would like to take a moment to introduce myself. My name is Matt Orama; I am a Class of 2014 graduate of Ithaca College’s prestigious Sociology Department. I am a proud Puerto Rican from East Harlem, NY. I have had the absolute privilege of serving as a leader in MANY areas of your campus, as evidenced by the Mary K. Chung/Jim Thorpe Leadership award I received from OSEMA. I am also a 2014 James J. Whalen Academic Symposium award winner. I am the former Co-President, Treasurer, and Social Chairman of the Brothers 4 Brothers (B4B) organization, Vice President of Business and Finance of the Student Government Association, Founder and President of the IC Chapter of Students for Education Reform, and Chief Marketing Officer of the National Association of Black Accountants (NABA). Clearly, I’ve been all over the campus.

I am emailing you because I, other alumni of color, faculty of color, and students of color at Ithaca College need your help. This past week alone, Ithaca College has had two major, public instances of racism/racial insensitivity on its campus, to which the African, Latino, Asian, and Native American (ALANA) and other allies responded immediately. The first was the “Blue Sky Kickoff” event (Student Government Association responded here, and a meeting with Provost Rifkin is here, his initial response indicated that he found nothing wrong with what transpired), and the second was the Alpha Epsilon Pi (AEPi) Fraternity party “Preps and Crooks” (no formal response, other than saying the college is not affiliated with the fraternity, has been made, and no action has been taken).

Some students on campus and the college administration seem to refuse to acknowledge the blatant, violent racism taking place on our campus, and that there is a genuine, systemic problem with racism at our institution. Ithaca talks about documenting disparities and bringing to light the “unseen struggles” of individuals abroad through brochures and the “IC View”, yet it won’t dare to even address or call out racism that takes place domestically in its classrooms, in its meetings, in its dorms, in its events, and at social events off campus. Let us be clear: writing a brief item on Intercom saying “[insert group] is not a recognized Ithaca College student organization” (Benjamin Rifkin, October 9th, 2015) is not a response. Saying “‘We can’t promise that the college will never host a speaker who could say something racist, homophobic, misogynistic, or otherwise disrespectful’” (Tom Rochon, October 12th, 2015) is absolutely not a response. These responses are aptly called “cop-outs”, “dodging accountability,” or, in most contexts, “I don’t care”.

Students of color on campus (and alumni of color) have spent the last 72 hours (actually, more) tweeting, sending messages, etc. to Ithaca College in a cry for help, support, and inclusivity. We have been met with a deafening silence. We share articles and timelines outlining specifically what our issues, struggles, and experiences with racism on campus have done to us and how little progress has been made for the past few decades (save for enrollment, which the school LOVES to talk about, but provides few resources  for keeping those students  once admitted or making them feel welcome/included). Again, silence. Actually, no, not silence. Ithaca did tweet about an opportunity to win a sheet cake. My apologies.

We haven’t been met with total silence. We have just been met with silence regarding our experiences and the usual dismissal of our words and feelings that we’ve come to know all too well by the institution. It’s disheartening that 5 years after I first stepped foot on campus, individuals who I have had the privilege of working with and watching grow into the leaders they were meant to be are going through exactly the same issues I had as a first-year student.

I have invested so much time and energy into leadership roles with the goal of making the campus more inclusive and welcoming. To see the work I and many others did fall on deaf ears is unfortunate but unsurprising, as we never had support from the administration for our goal of a completely inclusive campus. Progress has not been made. It is apparent that progress has not been made, based on the stories, retweets, messages, comments, and emails seen by students of color (most of whom are actually First-Year and Sophomore students). It is apparent because of the outrage from both students of color and non-students of color about the AEPi fraternity party, which succeeded the racist events that took place at the Blue Sky event.

It is apparent in the harassing and attacking of students of color on campus every time they speak out about issues of racism. You see, we’re noticing what the college is not: a trend. A dangerous trend. Not just for us as people of color, but for the future of the institution. There have been two “racially insensitive” (the term Ithaca College and The Ithacan like to use) events happening within the same 24 hour period. Maybe the administration is confused about how to handle the subsequent and immediate outcry and negative press.

However, this outcry is one result of continued negligence, dismissal, and ambivalence toward the feelings, concerns, and pain students of color endure on the campus daily. It is extremely unfortunate that we have gotten to this point. We wish we had not. The college and its administration must acknowledge its role in this escalation as we continue to push for a more inclusive, racially tolerant, educated campus. The time for dialogue is over. It has been over for quite some time.

Per my notes above, no amount of discussion has rectified the experiences people of color continue to face on campus. Now we require action. Swift, definitive, supportive action. We attempted to have dialogue with AEPi and other students on campus to explain our anger and feelings. We were shut down. An alumna of color was threatened if she did not blur out a white student’s name in posts on social media. We were laughed at, had our emotions mocked, and were ultimately dismissed. I’ll say it again: the time for dialogue is over. It is in Ithaca College’s best interest to act upon these matters as swiftly and as decisively as possible. It needs to be done with a sense of urgency, as if the deadline was three weeks ago. Indeed, this outcry has taken place for MANY years, and the college still refuses to hold individuals accountable for racist acts and continues to distance itself from its problems instead of addressing them head-on.

The ALANA community needs support, and needs to feel as if the administration cares about their experiences and feelings with the same urgency that it cares about white students. It behooves the Trustees and the administration to include students and students of color in addressing these issues, as well. It would be unfortunate to see the institution’s silence become a matter of national media (which it has the potential to become, given social media), and thus impact the college’s excellent reputation and possibly enrollment numbers. The college’s silence is extremely violent. The silence on matters of racism is indicative of its compliance with racist acts on campus. It is a slap in the face of all students, faculty, and alumni of color on your campus. Please bear in mind that we only have two cheeks to slap, and the school has used them up on Blue Sky and AEPi. The silence continues to be louder than the cries, tears, anxieties, hatred, and numbness we are feeling right now.

The college and its leadership may continue to be silent. We, however, will not. I genuinely hope you read through this email and have taken the time to understand how serious the matter is. Should you feel that I can be of any assistance for the Trustees to address what is happening on campus given the administration’s absence, please feel free to reach out to me at any time.