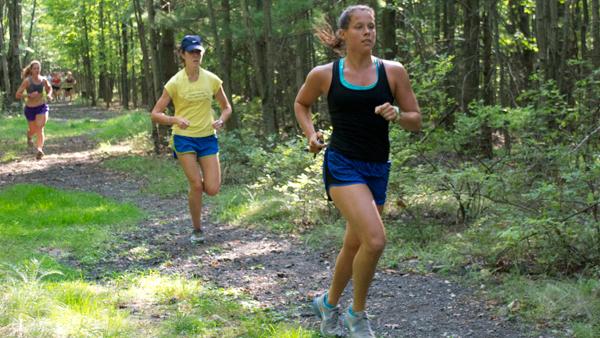 Before both the men’s and women’s cross country teams toe the line at the NCAA Championship meet, they must approach the last hurdle of the season to make it there: the NCAA Atlantic Regional Championships Saturday in Rochester, N.Y.

Men’s senior captain David Geary said the regional race is the climax of the season, not only because of its purpose but also in its size and excitement.

“It’s always the biggest race of the year,” Geary said. “It is always wild. There are about 30 teams racing on a five-mile course, just lined with people, so it’s really important to stay focused on the task at hand and not get too excited too early.”

As members of the Atlantic region, the men’s team is ranked 8th, while the women are ranked 7th overall going into the meet. The men will face off against the East Coast’s best teams in an 8,000-meter race, while the women will race at 6,000 meters.

To prepare for these races, both teams have slowed down their intensity and volume in practices. Freshman Sawyer Hitchcock said his team’s newly implemented style has slowed training even more, making the runners feel as if it is still the start of the season.

“We definitely feel fresh,” Hitchcock said. “I am a freshman, but I feel more fresh at this point in the season than I did in high school last year, so it is definitely working.”

Each of the Bombers’ squads must place within the top five teams at the regional competition to have a chance at qualifying for the NCAA Championship. There are multiple steps they must go through to receive the NCAA championship bid.

If the men’s or women’s squad finishes within the top two teams in the division, they will automatically qualify to move on to the NCAA Championships Nov. 17 in Terre Haute, Ind. However, if either team finishes in positions three through five, it must be selected by a committee to move on to the national meet.

Women’s senior co-captain Carly Graham said the Blue and Gold are entering the regional meet with an open mind, because they believe if they compete to the best of their ability, they have a chance to reach the top five.

“We are all very optimistic that we do have a chance of making the top five as a team,” Graham said. “There is going to be about five teams fighting for that fifth spot in the region, and if we run the race, we know we can have the ability to beat them.”

If both squads were to fall beneath the top five teams, they would not qualify as a team for nationals. However, any individual athletes that finish in the top 15 non-team athletes will go onto the NCAA Championships as a contender.

Graham said the biggest factor in the team’s success is not just its athletic performance but its mental preparation as well. The entire Bombers cross country program knows it needs to perform to the best of its ability to have a chance of winning the national bid.

“Racing is only half physical and the other half mental, so keeping our heads in check and believing in ourselves is a big factor,” Graham said. “We know we have the physical training under our belt and just need to execute it.”