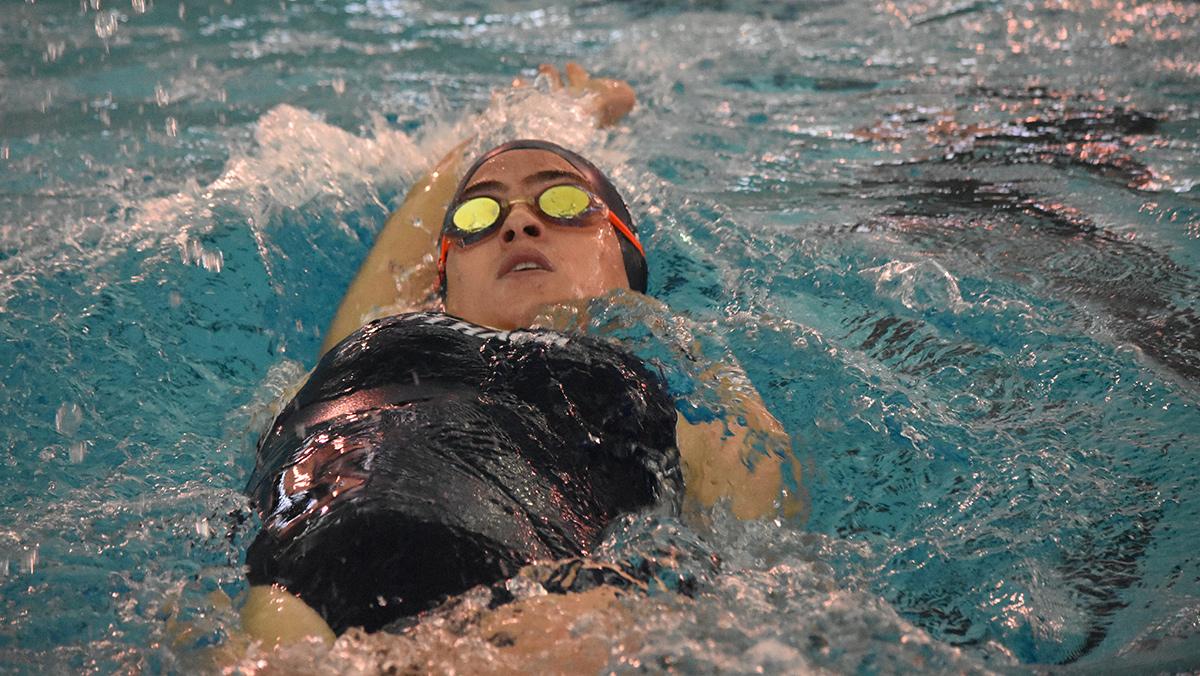 TEDDY ZERIVITZ/THE ITHACAN
Sophomore Rachel Smertz races in the women's 100-yard backstroke Oct. 29 in the Athletics and Events Center. She placed fifth with a time of 1:04.31.
By Max O'Neill — Staff Writer
Published: October 29, 2016

In their first home meet of the season, the Ithaca College men’s and women’s swimming and diving teams competed against Rensselaer Polytechnic Institute on Aug. 29 in the Athletics and Events Center. The women’s team came out victorious, defeating RPI 180–120 while RPI defeated the men’s team 201–93.

The first event of the day was the women’s 200-yard medley relay, where the Bombers competed in lanes one, three, five, seven and nine. Seniors Grace Ayer, Sam Reilly, Lake Duffy and sophomore Jaclyn Pecze placed first to give the Blue and Gold the early lead.

In men’s 200-yard freestyle, Zelehowsky placed first in what turned out to be a blowout, after being neck and neck with the two swimmers at his sides for a large portion of the race. In the last length, Zelehowsky pulled ahead to claim victory.

The day finished with the 400-yard freestyle relays. In the women’s race, the team of sophomore Genevieve Tripler, Pecze, Duffy and Ayer placed first for the Bombers.

The Bombers will face off against SUNY Cortland at 1 p.m. Nov. 5 in Cortland, New York.