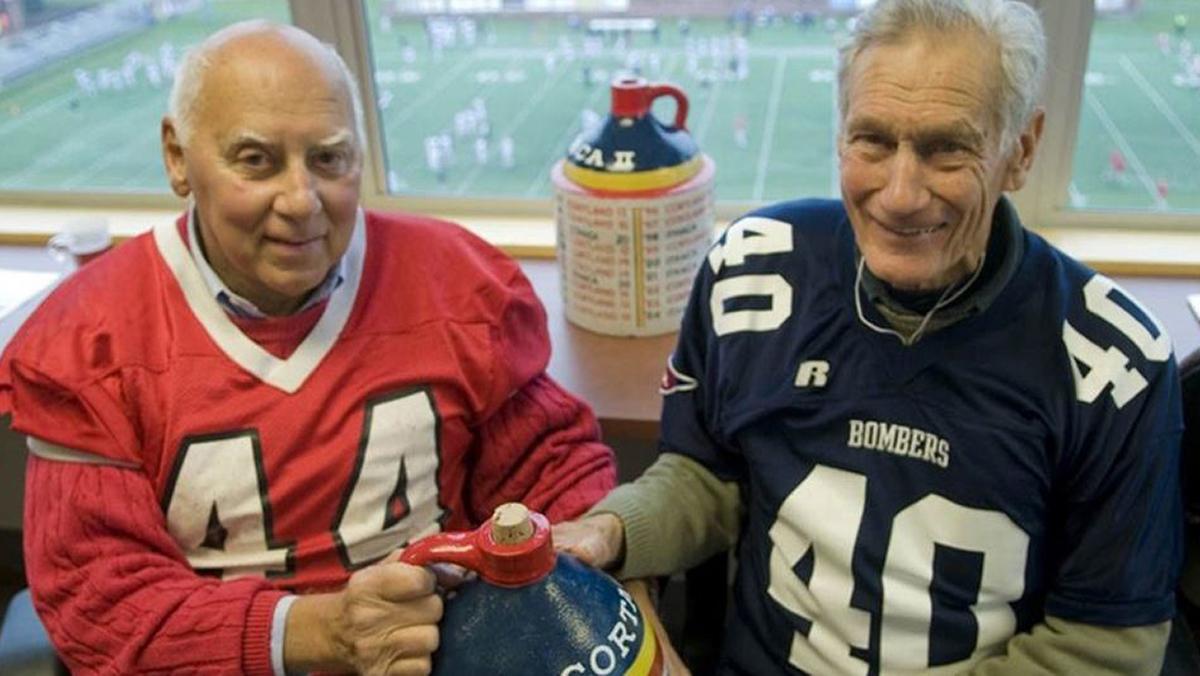 Richard N. Carmean ’60, a former Ithaca College athlete and co-founder of the Cortaca Jug, passed away May 23 at the age of 89, according to a statement from the college June 3.

Carmean, a member of the Ithaca College Athletic Hall of Fame since 1973, along with Tom Decker, the former football captain for SUNY Cortland who graduated in 1961, began the Cortaca Jug tradition in 1959 when Decker purchased a ceramic jug and the two painted it blue, gold, red and white to represent the colleges’ colors.

While an athlete at Ithaca College, Carmean participated in both football and track and field. For the football program, Carmean was a running back and defensive back, holding the program record for career interceptions until 1972. As a senior, he was an All-American for the team in addition to serving as the team’s captain. He also participated in the pole vault, earning 25 first-place finishes and two Most Valuable Performer honors for the program.

After graduating in 1960, Carmean remained in Ithaca as a physical education teacher at Ithaca High School, also working as the high school’s director of athletics. He also served in the Peace Corps along with his wife in the Solomon Islands and South Africa.

Since 1959, the Cortaca Jug tradition has become one of the most anticipated events at the two colleges, often referred to as “the biggest little game in the nation.” The 61st annual game in 2019 was played at MetLife Stadium in New Jersey to a crowd of over 45,000, a Division III record. In November 2022, the colleges will meet at Yankee Stadium in The Bronx, with a possibility of breaking the attendance record again.