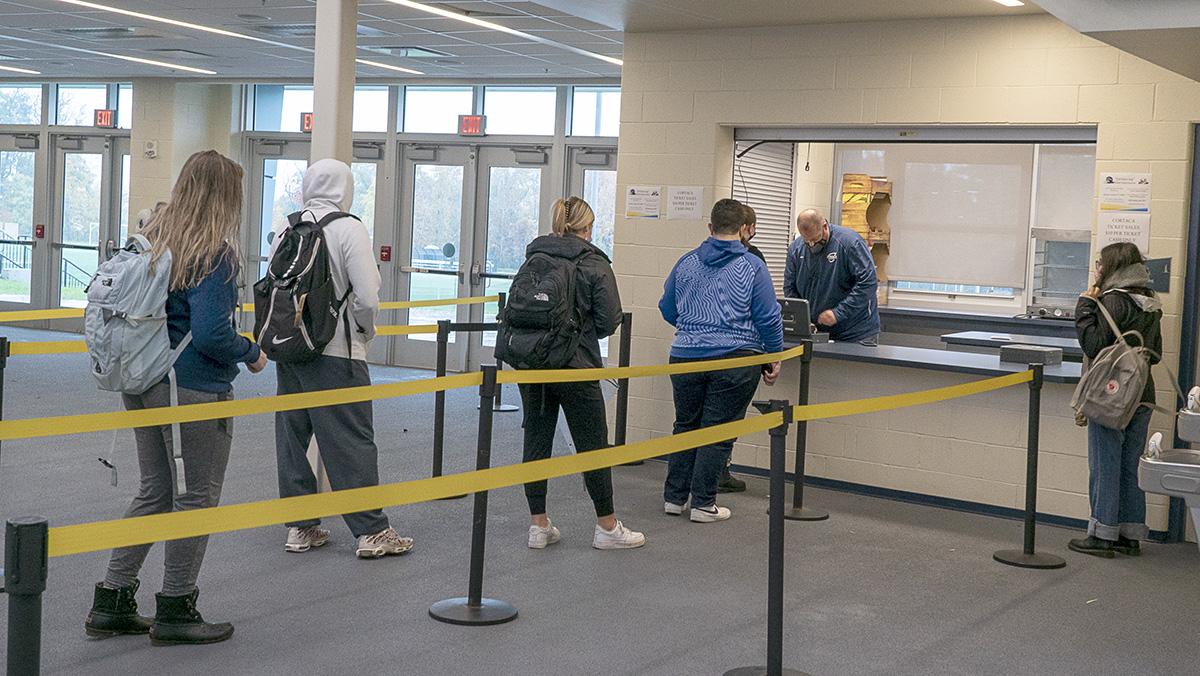 After nearly two years of waiting, Ithaca College students, faculty, staff and alumni are excited to witness the “biggest little game in the nation” in just a few weeks in the 62nd edition of the Cortaca Jug.

The rivalry between the Ithaca College Bombers and SUNY Cortland Red Dragons will be renewed Nov. 13 at the SUNY Cortland Stadium Complex, marking the first time the teams have matched up since the historical MetLife Stadium matchup in 2019 as last year’s contest was canceled as a result of the COVID-19 pandemic. The South Hill squad is 42–33–3 in its all-time meetings with Cortland.

Ithaca College sophomore Noah Kamens said that even though he has not had the opportunity to see the Cortaca Jug game yet, he has heard nothing but good things about the energy from fans.

“Cortaca was one of the big selling points for me [at Ithaca College],” Kamens said. “Especially with all the hype, like it being the only DIII football game you can bet on in Vegas. I was really excited for it.”

Just like Kamens, junior Aidan Keenan said he had heard about the rivalry before he came to the college. As a player for the men’s soccer team, Keenan knows firsthand how high the energy can be in games between the two schools.

“We were at Cortland for a soccer game and there was a football game at the same time,” Keenan said. “There was a huge crowd already. So I know it’s gonna be even bigger for Cortaca.”

Keenan said that while he is uncertain if he will be able to attend the matchup because of potential postseason games for the men’s soccer team, he still purchased tickets in case he was able to go.

Second-year graduate student Sara Jakobsze said that as great as the MetLife Stadium game was, nothing can match the environment of playing at one of the campuses. Even though she said she has never been to a game in Cortland, she said the energy and experience at Jim Butterfield Stadium was amazing.

“[On a campus], it’s more close-knit and student-based,” Jakobsze said. “Even in the student section [at MetLife Stadium], it felt like you were disconnected, but when it’s here or in Cortland, I feel like you’re all together.”

While the game at MetLife Stadium drew headlines for its record-setting crowd of 45,161 fans, attendance has not been hard to come by at other games. In 2016, the Cortland Voice reported that the game, which the Red Dragons won 28–16, had an estimated 10,000 fans.

Some students, like junior Sam Levine, are excited to see what the game is like in Cortland after having their first Cortaca experience at MetLife Stadium. Levine said he loved the energy in 2019, but he does think it will be different this year.

“[This year], we’re in enemy territory, so it’s a little nerve-wracking,” Levine said. “I don’t know [what to expect]. I haven’t experienced it at a school yet … but it’s going to be cool.”

Levine also said he had a bit of knowledge on the game before he arrived at Ithaca College, but not enough to know what to expect in his first year.

“I had a friend who went to Cortland, so before I went, he sort of filled me in on the rivalry,” Levine said. “But I didn’t understand the cultural significance of it here, but I guess I figured it out pretty quickly.”

Anticipation may also be attributed to the announcement that the game will be held in Yankee Stadium in 2022, meaning that this is the last or only chance for some students to experience the game on one of the campuses.

That is partially why students like freshman Jake Many, offensive lineman for the Bombers, are excited to have the game in Cortland. A smaller stadium should lead to high energy, according to Many, who was buying tickets for his family. He said he expects a lot of noise –– and a lot of fans.

“I think it’ll be high energy because it’s just such a big game between the two schools,” Many said. “I’m absolutely excited [to play in Cortland]. It’s going to be very, very fun.”

Kamens said the general consensus is that people are just ready to show up and support the Bombers. Due to the high school he went to, Kamens said a game as big as Cortaca is something he has never been able to experience before.

“I went to a really small high school, and people didn’t really show up to our games,” Kamens said. “So it’s exciting to have that feeling of a rivalry game and being able to have school spirit.”