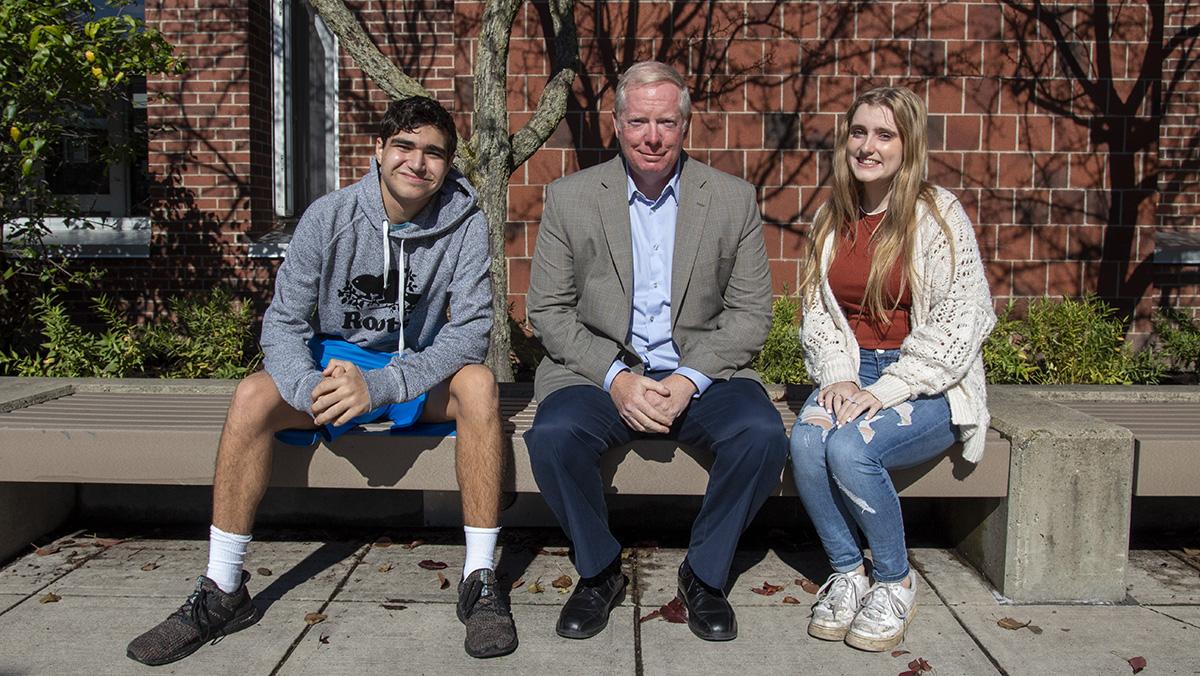 The growth in popularity of Esports, fantasy sports and gambling have forced the sports media landscape to adjust and accommodate the increased interest in these fields. Seniors Brandon Ehrlich, Callie Dayno and Jared Anderson arranged a three-guest panel Oct. 26 via Zoom. Mead Loop, professor in the Department of Journalism and program director of Sport Media, served as the moderator for the panel. The two other speakers were Sam Factor ’19, CEO and Co-founder of WalterPicks, and Eben Novy-Williams, sports business reporter at “Sportico.” The panel was also set to include Ben Strauss ’08, sports and media reporter at “The Washington Post,” however he was not able to attend.

The three seniors are currently taking a senior workshop course for sports media students and had an assignment to create an expert panel regarding a current topic in sports. Dayno said all three of them had an interest in Esports, and it also generated interest to others when they came up with the idea.

“So at first, when we were coming up with topics for this panel, we had to pitch them to our class,” Dayno said. “Some of the other topics were social media and how it affects sports, and then we also had sports betting. But, this topic Esports, sports gambling and how it affects the other parts of the sports industry was the best topic that our class loved. I think that Brandon and Jared are also very knowledgeable about this topic. So they were really passionate about wanting to do this panel.”

Dayno said she and Anderson worked on marketing the event to other students and Ehrlich searched for potential guests to be on the panel. Ehrlich said the plan originated in September and the group has been refining the idea ever since. He added that when the group was planning the event, they were not sure how to set it up.

“We were actually kind of clueless at first,” Ehrlich said. “I forget exactly who came up with the idea, but we have a class together, Gaming in Sports Media. So, we thought why not talk to Professor Loop to see if he wanted to get involved with it. We have a class of about 15 to 20 kids who are interested in this exact topic, and it made a ton of sense to do it during this time period.”

The panel attracted approximately 100 audience members, Loop said during the event. He said even though Esports, fantasy sports and gambling are popular topics now, it has not always been that way.

“I think students should realize that, while much of the media is stagnant, sports media is growing significantly,” Loop said. “Until two years ago, when the Supreme Court ruled on gambling to allow states to offer more games of chance and skill, it was a much smaller market. And all of a sudden, it exploded. I think students should take away the idea that we’re still creating things in sports media. So, you might be a student now and working in something 10 years from now that doesn’t currently exist.”

When promoting the event, Dayno said she put posts on social media, put flyers up in the Roy H. Park School of Communications, put information about the event in the Ithaca College Intercom and told people she knew to attend. The panel attracted a diverse group of majors, and Loop said the panel benefited everyone who attended, not just sports media students.

Each new industry creates an entire multimedia universe of production, from casting [and] scripting to producing,” Loop said. “So, regardless of your major, when we create one new industry, it takes lots of industries to produce that in all its different platforms.”

Junior Nick Lubrano attended the panel because he said he has always been interested in fantasy sports and is a sports media major. Lubrano said that being able to listen to professionals in his future job field was informational and exciting.

“The main takeaway from the panel for me was how expansive the sports media landscape really is,” Lubrano said. “When people think of sport media, they think about journalism and broadcasting games, but there is so much more here. … The panel proved to me how many areas of the sport media field there truly are, and how much it’s rapidly expanding. As someone who is going to be graduating college soon, these are all opportunities that I’m grateful to have and explore when it comes to finding jobs since the field is just exploding and becoming so much more expansive than it was in the past.”

The panel was a little over an hour in length, and audience members were allowed to submit questions for the panelists to respond to. Ehrlich said it was important to him that people would be able to walk away from the event with a better knowledge of a growing field.

These [panelists] are very, very knowledgeable and can help them along in [the audience member’s] career paths,” Ehrlich said. “If this is the path they want to go down, they can learn more about the topic. I know many people are not very educated on this topic. It’s a fast growing industry. It’s a relatively new industry, especially to people our age. So if this is anything someone may be interested in, this is the perfect time for them to get involved and see maybe something they want to do in the future.”