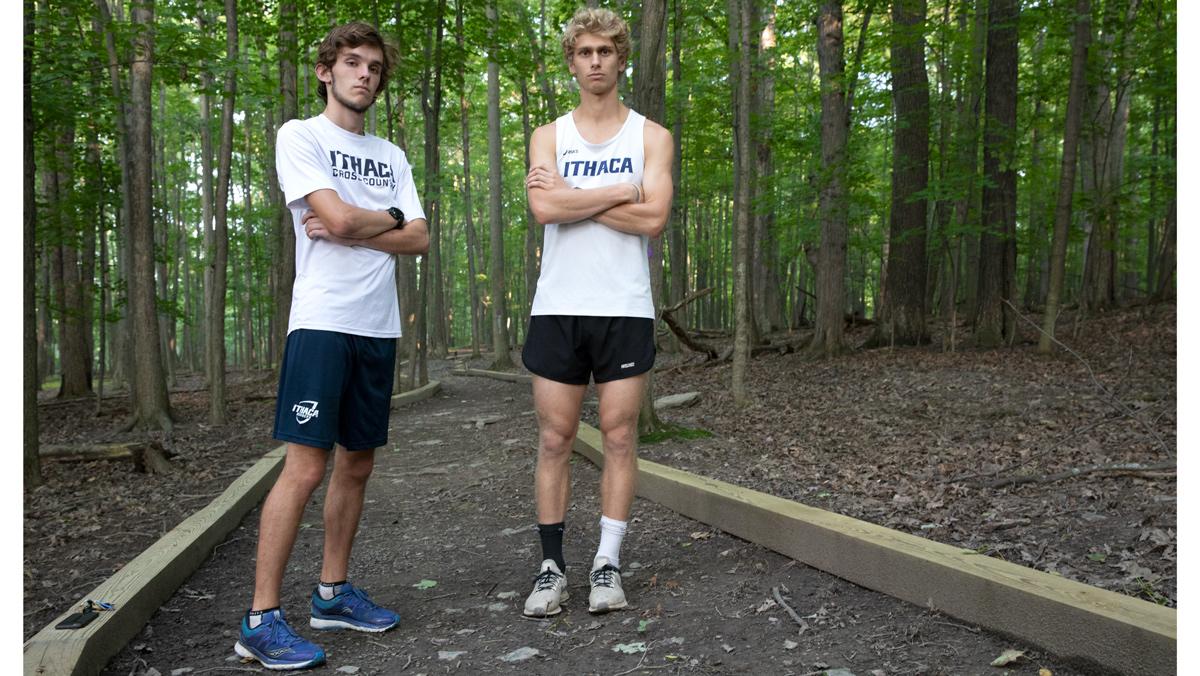 Last year, the Bombers placed fourth in the Liberty League Championship meet by scoring 99 points, 14 points behind the Rochester Institute of Technology, which finished in third place. Rensselaer Polytechnic Institute won the meet by scoring 38 points.

In the team’s final year in the Empire 8 Conference in 2016, the team earned a first-place finish. The conference victory was the team’s seventh consecutive Empire 8 Championship before switching to the Liberty League.

Senior Daniel Hart, who placed 43rd in the Liberty League meet in 2017, said that now having competed in the conference for one year, the team is capable of winning the title.

“The Liberty League is a really competitive conference, but we were invited into it for a reason,” Hart said. “We placed fourth in our first-ever showing at the conference last year, which I think really showed people that we’re here to compete. After a year under our belts and with a stronger and older team, there’s no reason why we can’t bring home a title this year.”

Junior Garrett Bampos, who placed 34th in the Liberty League meet, said this season’s team will be more successful because runners have gained more experience.

“For this year’s cross-country team, we really didn’t lose anybody from last year in the top group,” Bampos said. “A lot of the top runners are going to be going into their junior year instead of sophomore year, and it helps a lot experiencewise because now we have two years of running at these big meets like regionals.”

The last time the team competed in a meet was the All-Atlantic Region Track and Field Conference Championships during the spring track season, which was held May 17. The first meet for the team in the cross-country season is the Jannette Bonrouhi-Zakiam Memorial Alumni Run on Sept. 1 in Ithaca. The Liberty League Conference Championships will be held Oct. 27 at Clarkson University.

The summer separates the two competing seasons, which makes the first meet on Sept. 1 the first time the team will race together after an extended break. Hart said the summer should be viewed as an important time to train for the season.

“Distance running is really a yearlong sport, with summer being the only offseason of the year,” Hart said. “But that being said, the summer is really crucial for building a base of endurance and strength for the 8K in the fall.”

Bampos said that during the summer offseason it can be difficult for a lot of the runners to stay motivated with their training because they do not get the opportunity to run as a team every day like they do when they are in season.

Bampos said it is extremely important to have a successful offseason when training because it will help the runners for their in-season training.

“You need to put in the summer mileage to have a good season,” Bampos said. “Having that already built up helps our coach give us a base mileage to run during the season, so he knows what times to give us during the workouts and where he wants us to be in races.”

Bampos said that heading into the season, the team has more trust in each other, which will make a difference in 2018.

“We have confidence in each other,” Bampos said. “We are starting to run more as a pack and not individually, and doing that makes racing so much easier than if you try to do it all on your own.”

Now entering his 27th season as head coach, Jim Nichols said this team has now matured and gained the necessary experience to do well this year.

“The hope is that everyone can and will improve,” Nichols said. “Hopefully everyone did what they needed to do over the summer to stay in their best shape, and we are now coming in as a young but more experienced team that can hopefully surprise everyone this year.”