Men’s rugby to take on Colgate University in semifinals 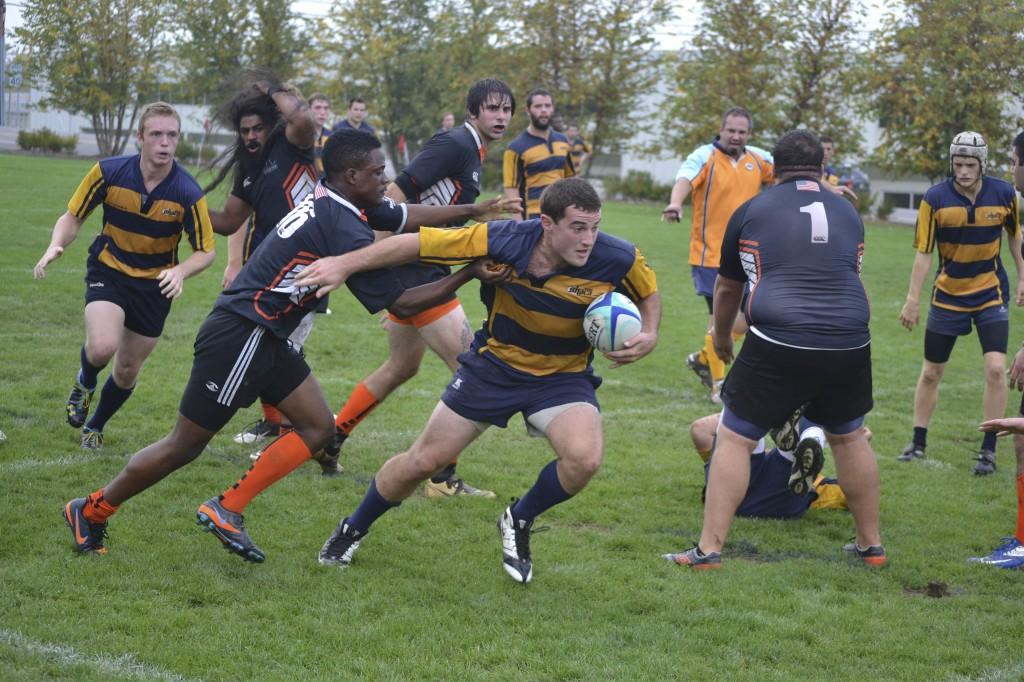 The Bombers, who finished fourth in their 12-team conference, defeated Hamilton College 24–17 in the conference quarterfinals Nov. 2 on Lower Allen Field.

Last season, the Bombers finished with a 3–4 record, but the team is hoping to get revenge Saturday when it faces Colgate. The Blue and Gold made the playoff quarterfinals in 2012, but the Raiders eliminated the Bombers from the playoffs with a 30–12 victory.

The Still Reds are 6–1 this season and finished second in the conference standings. Colgate suffered its only regular season loss this season against Hamilton College on Oct. 5. Last year, Colgate entered the playoffs ranked No. 8 in Division II but has dropped to No. 25 this season, according to rugbymag.com.

Senior flanker Matt McDonald, who is also the president of the college’s club, said Colgate graduated its top group of seniors last year and has a new head coach, David Chapman, which should make for an interesting game.

“Unfortunately, we can’t really say too much about how they’re going to compare against us, but the team they just lost to is a team that we just beat last weekend,” McDonald said. “I don’t know if that says anything, but I’m going to say that’s a big sign.”

Sophomore winger and fullback Shiloh Allan is excited for his first time playing in the semifinals. He said making it to finals would help promote the program on campus.

“If we could potentially get to that final game, then I think everybody would start respecting our team more and getting the notice we deserve,” Allan said. “It would definitely be big for our organization, knowing that in so little time we’ve already made it something this big.”

McDonald said the Bombers are excited to play in the conference final four, and making it this far is special to the entire team.

“This is the first time we’ve ever made it past the first round of playoffs in [Division II] rugby,” McDonald said. “We’re at a milestone right now, and we don’t want to stop it right here.”

To follow the action Saturday, check out Colgate University’s live stream of the match: