Men’s swimming and diving hopes for an NCAA championship 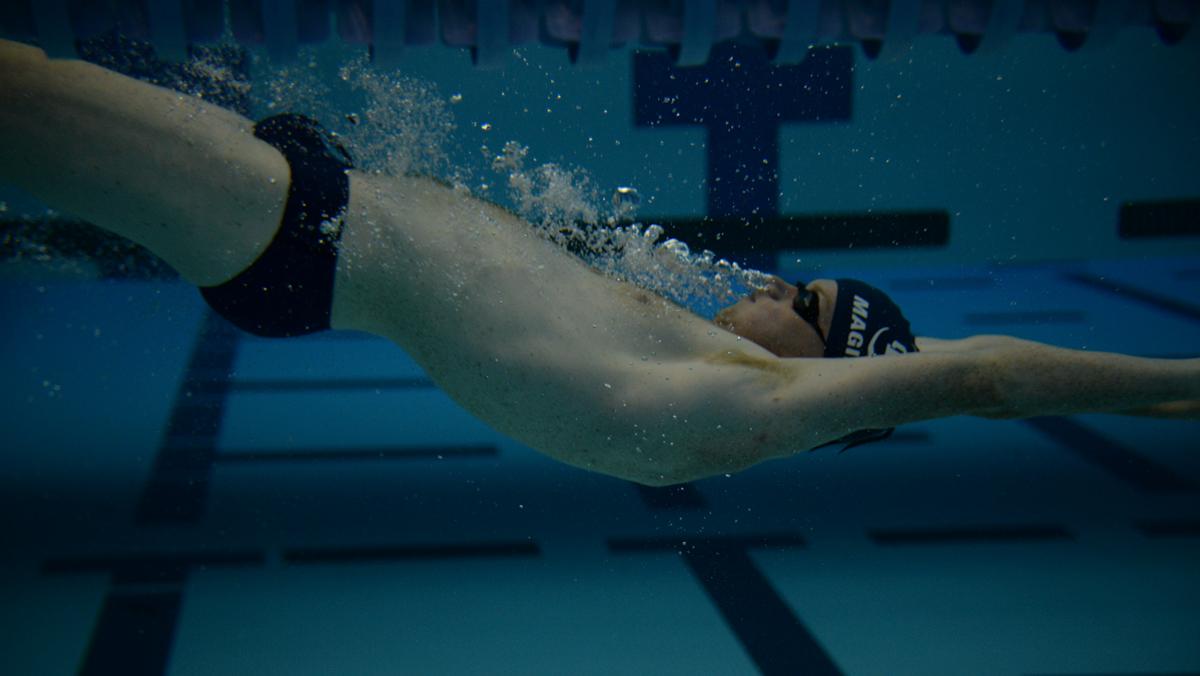 The Ithaca College men’s swimming and diving team raised the curtain on its 2017–18 campaign with three consecutive victories against SUNY Fredonia, SUNY Brockport and SUNY Buffalo on Oct. 14.

Last year, the Blue and Gold compiled a 10–3 record in the regular season and earned the bronze medal in the Empire 8 Conference Championships.

The Blue and Gold finished the 2016–17 season with a four–meet win streak, which became a five–meet win streak when they won their first meet of the season. The streak ended when the Bombers lost their second meet on Oct. 28 to Rensselaer Polytechnic Institute 191.5–106.5.

Jake Lichter ’13, who swam breastroke and freestyle for the Blue and Gold from 2009 to 2013, is entering his first season as the South Hill squad’s assistant coach. He said the young swimmers are one of the team’s anchors this season.

“We have a lot of really young swimmers who are already starting to contribute right off of the bat just in our first meet,” Lichter said. “We are looking forward to seeing what they can do over the course of this season and the course of their next two seasons.”

Head coach Kevin Markwardt did not respond to multiple requests for comment.

There are only eight upperclassmen listed on the roster of 26 swimmers and divers.

One of the seven juniors, Kellen Scanlan, said the different leadership styles of the upperclassman fit the different personalities on the team.

“All of our leaders could be talkers, but then we have too many people talking,” Scanlan said. “I think we have different levels of what people need. There are those people who migrate to those are would be very vocal … or there’s those who maybe back off from that and then look for someone who is working hard, just focusing on getting the work and doing it right.”

“It’s a little challenging to make sure that we are filling out a solid lineup when we just have our smaller numbers on the swimming side,” he said. “On our diving side, we actually have more divers than we’ve had in the last five years. We combat that with having a little bit more divers.”

Moczynski earned two silvers in the 1– and 3-meter dives for the Bombers against Rensselaer Polytechnic Institute.

However, Lichter said there are still some issues with depth.

“We got the top-end speed to compete with everybody in our conference,” he said. “It’s just when it comes to our second and third person, it’s becoming a little more challenging to fill in those gaps.”

Lichter said the sophomores and juniors from last season have now taken over the higher spots in the lineups for certain events that were held by last year’s four seniors, thus opening up holes in certain events for second and third stringers. Last season’s freshman class was quite large, so he said trying to find which swimmers and divers can fit into those gaps will be an obstacle this season.

Also, there are a few freshman who do not have a defined event to swim in just yet, Lichter said.

“This season, we are working especially hard on sprinting, so we have added an extra morning practice on Tuesday mornings,” he said.

Regardless of the fact that the team is quite young and still developing, Scanlan said, he expects to see positive progress throughout the season.

“I think that is something we saw last year with the freshman,” he said. “We had a big freshman class, once the wheels started going, then we started picking it up. But I think this year, we started where we left off. I think we started with a great first week of practice, and I think we’ve gotten progressively better.”