Put to the test 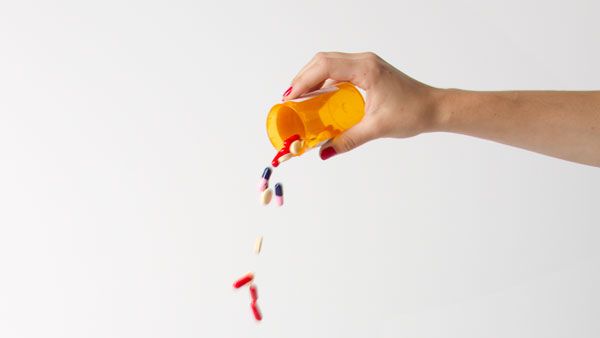 As performance enhancing drug use gains more media attention in professional sport, many NCAA Division III institutions are supplementing the association’s standard for drug testing among their student-athletes.

At the beginning of each season, the college’s student-athletes meet with Mike Lindberg, associate athletic director, to review the NCAA’s policy on Division III athletics. In the sessions, Lindberg informs the athletes about the repercussions of testing positive for substances such as performance-enhancing drugs, marijuana and certain chemicals found in dietary supplements, to name a few. This is the only form of drug education the college offers student-athletes.

These meetings have occurred since 1986 when the NCAA implemented its drug-testing policy, which in Division III involves random drug testing of student-athletes at championship events. In Divisions I and II, the NCAA randomly tests athletes year-round.

Even though the NCAA tests Division I and II schools year-round, a high percentage still choose to institutionalize drug testing in addition to the NCAA’s tests. Mary Wilfert, the associate director of the NCAA Sport Science Institute, said institutionalized drug testing occurs because many Division I and II programs believe more testing will lead to better choices by their athletes.

“The more you experience testing, the more deterrent effect there is,” she said.

According to Lindberg, the college does not test its athletes for two reasons. First, as with many Division III schools, the budget does not allow for a testing program. Hartwick College, an institution with roughly half the amount of student-athletes than Ithaca, said it spends $3,000-$5,000 each year on its testing program.

“Drug testing is an expensive proposition,” he said. “You take a look at the 900 student-athletes that we have, and that equates to a large amount of money.”

The second reason, however, is much more complicated, as it discusses the treatment of athletes on campus. The Division III mission statement features the idea that student-athletes “are integrated on campus and treated like all other members of the general student-body.” Lindberg said this has influenced the college’s decision not to implement its own testing program.

Lindberg said even if the college had the budget to incorporate a testing policy, it would focus its resources on a preventative program, which would include more meetings with students and seminars about healthy choices, rather than random drug testing.

“I still maintain that we can get students prepared and help them make responsible and healthy choices through education,” he said. “If I were to get resources, I’d like to spend them on that.”

In addition to the preseason meetings, the college reviews the NCAA’s drug-testing policies with its coaches. When teams make the NCAA playoffs, Lindberg continues to prepare the athletes for the random drug testing during the events by reviewing banned substances with them once again.

Jared Prugar, senior football player, said the athletic administration at the college educates the athletes so they have a full understanding of the policy.

“They make it pretty clear when we get here what is OK and what isn’t,” Prugar said. “What we have in place is pretty effective. For us, it makes sure that people are staying clean and in place.”

Other Division III institutions, such as Hartwick, a member of the Empire 8 athletic conference, and Salisbury University, have installed institutionalized testing policies. Hartwick was part of the NCAA’s Division III pilot drug testing program that began in 2007 and chose to keep its policy after the pilot program ended in 2009.

Though she was not in the position at the time, Hartwick Athletic Director Kim Fierke said keeping the policy was in the best interest of the program because the department felt it made athletes more aware of their decisions. When she took over in 2010, Fierke said she gave the program a complete overhaul.

“It was based more off of the pilot program, and we had a lot of language that was more specific to NCAA wording, so we took the time to change all of that and make it more Hartwick-specific,” Fierke said.

Salisbury Athletic Director Michael Vienna said he felt the preventative educational approach was not enough to ensure that his student-athletes were making safe choices.

Additionally, Wilfert said the NCAA doesn’t necessarily encourage Division III institutions to conduct their own testing. However, she said the more a school promotes healthy choices and emphasizes staying away from banned substances, the more effective its program will be.

“We support them in that effort if they feel that it’s going to meet the need,” Wilfert said. “If they have good resources and good strategies in place, the more comprehensive they’re going to be.”

For Lindberg and the rest of the athletic administration staff, these factors have all been taken into consideration. But for now, the preseason educational meetings will remain the cornerstone in the college’s program.

“An individual’s choice may or may not be deterred by whether we have a drug testing policy,” Lindberg said. “We would prefer to spend our time in the education process, talking about the NCAA’s policies and the consequences and ramifications of drug use. That’s why we do the programs that we do and we try to catch everyone that we can.”