Senior goalkeeper a shut out for women’s soccer team 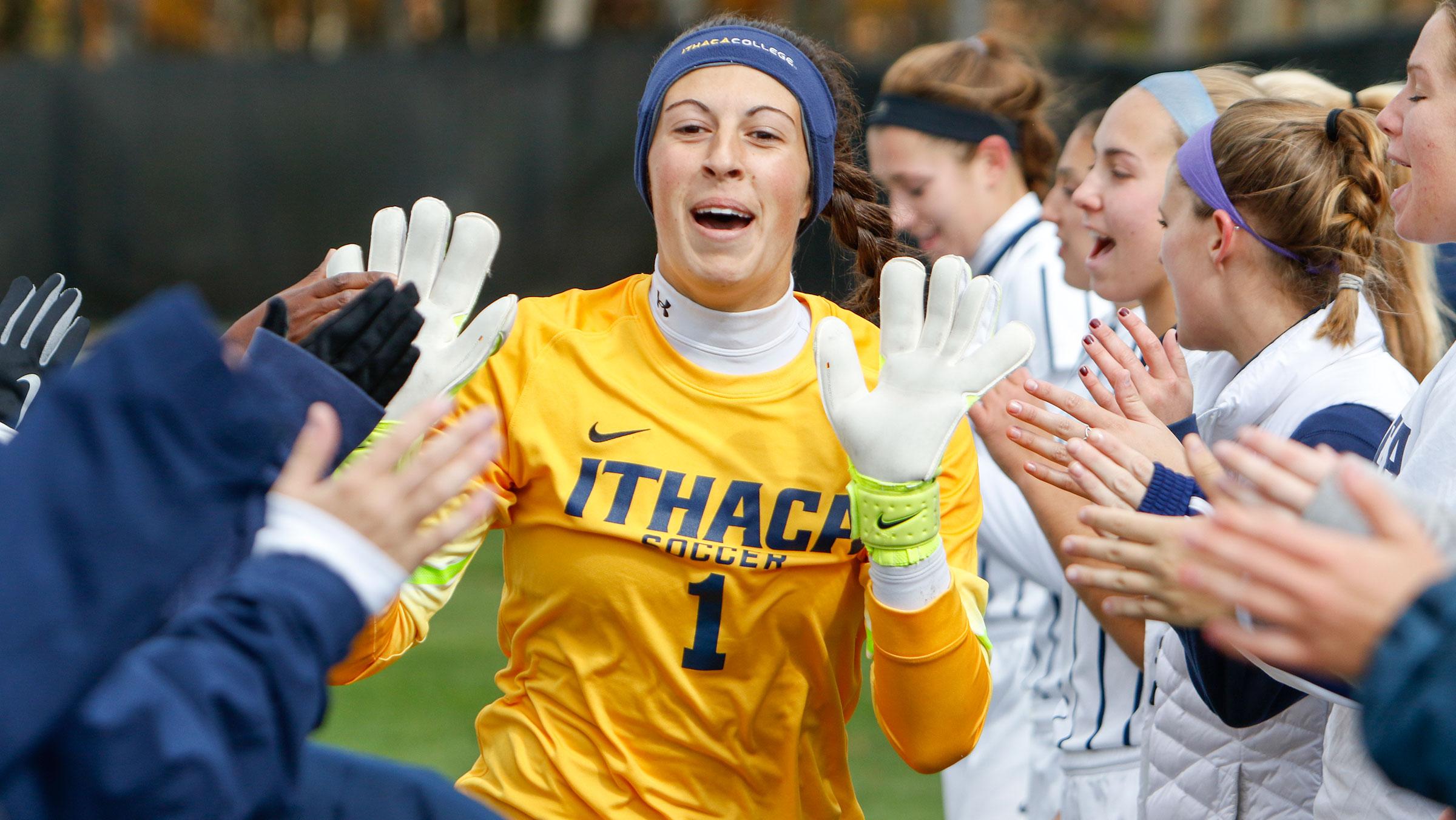 Soccer is a sport that almost all kids grow up playing. For senior goalie Beth Coppolecchia, the sport has been part of her life since the third grade.

While it may seem like it, Coppolecchia has not always been in the net. The goalkeeper said it was not until her freshman year of high school that she fell in love with being able to see the whole field in front of her, while also holding the pressure of being the last one behind the ball.

Coppolecchia played four years of varsity soccer for Somers High School in Lincolndale, New York, while also playing club soccer for Quickstrike Football Club. Coppolecchia said this was a difficult pursuit for her due to the time commitment, but it allowed her to better prepare herself for college.

Freshman year of high school marked her transition from all-around field player to goalie. This was due to the fact that the college recruitment process was coming up and she knew that she had to focus on one position. After she decided on playing goalie, she said she began to work with a trainer on top of high school and club practice to keep her sharp going into college.

When she began to look at colleges, she narrowed her search down to Marist College, University of Scranton and Ithaca College. She said she fell in love with the college the first time she stepped on campus due to the atmosphere and its perfect combination of academics and athletics. Coppolecchia is in the speech-language pathology program, which she said is one of the top programs in the nation.

During her freshman year in 2012, Coppolecchia received only four opportunities to take the field but did not allow any goals against her. Instead of getting many minutes during her first season as a Bomber, she used the time to grow as a player and get adjusted to college soccer, said Mindy Quigg, women’s head soccer coach.

“Beth came to us as a great athlete and she had the opportunity to train with some quality keepers when she got to Ithaca,” Quigg said. “She grew a great deal in that first year and I think learned a lot about herself.”

During that year, Coppolecchia proved herself to the coaching staff by continuing to work hard and improve every day despite the lack of minutes on the field. In her sophomore campaign, she started every game and was named an All-American and Goalkeeper of the Year by D3Soccer.com. Additionally, she was ranked first in the Empire 8 conference with only nine goals against and 10 shutouts, while she also led the South Hill squad to the Elite Eight for the first time since 2011 by shutting out defending national champion Messiah College in the NCAA Division III Playoffs.

In her junior year, Coppolecchia again started every game for the Bombers, in which they produced a record of 15–4–1. This performance granted her National Soccer Coaches Association of America All-East Region First Team honors as well as a spot on the All-Empire 8 First Team.

Coppolecchia said she attributes most of her success as a goalie to her intrinsic competitive nature both on and off the soccer field.

“I’m a very competitive person, and anyone who knows me knows that’s who I am,” she said. “I’m always wanting to strive for that win and to always be first in everything.”

Junior Karen Macke, a teammate and fellow goalkeeper, said she can attest to Coppolecchia being a competitive force and said it is one of the factors that allows her to excel and lead the team on the field.

“Most people either lead by showing or talking, and Beth is kind of this weird mixture of both, where she’s great by always working hard and getting balls that you don’t think anyone would get to and by communicating with everybody by telling them where to be,” Macke said. “Beth has definitely helped me grow a lot as a person and a player and taught me what it’s really like to be on a Bomber team.”

“We support her and every save that she makes, but she’s always right there alongside us and supporting us and making sure that everyone knows how much they contribute to the team,” she said.

Coppolecchia said she helps ensure every player is pushed to do his or her best on the field because success cannot solely come from one player. She said it is important that the Bombers communicate on the field so that they are all playing together as a cohesive unit.

“We aren’t going to win unless we have all 11 players playing together and playing their hardest,” Coppolecchia said.

When asked about her goals for the remainder of the season, Coppolecchia said she wants to win a national championship in her senior campaign but realizes the team must focus on one game at a time.

“I think just having fun with it and going out and playing with my heart every game and taking this team as far as we can go,” Coppolecchia said. 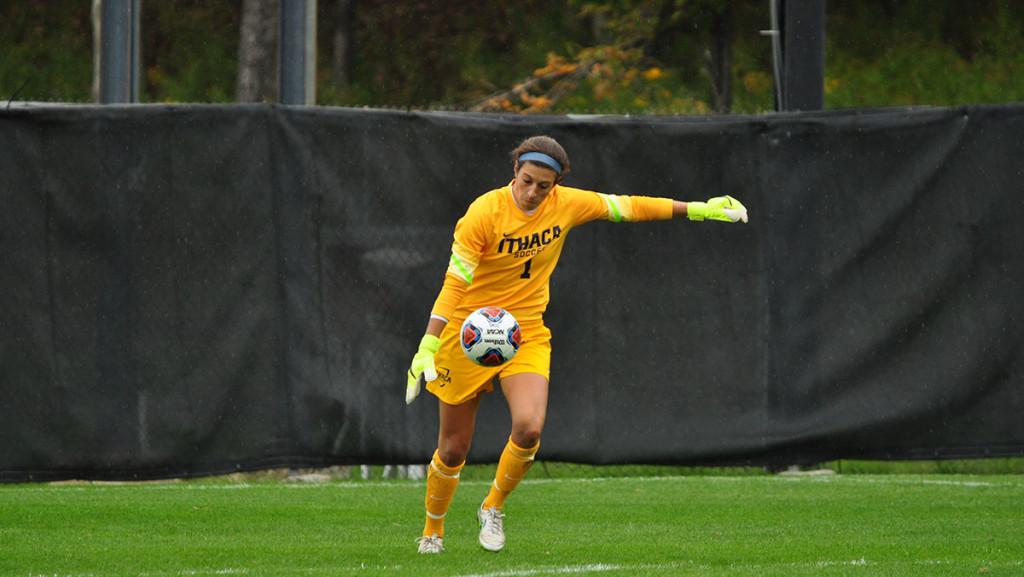