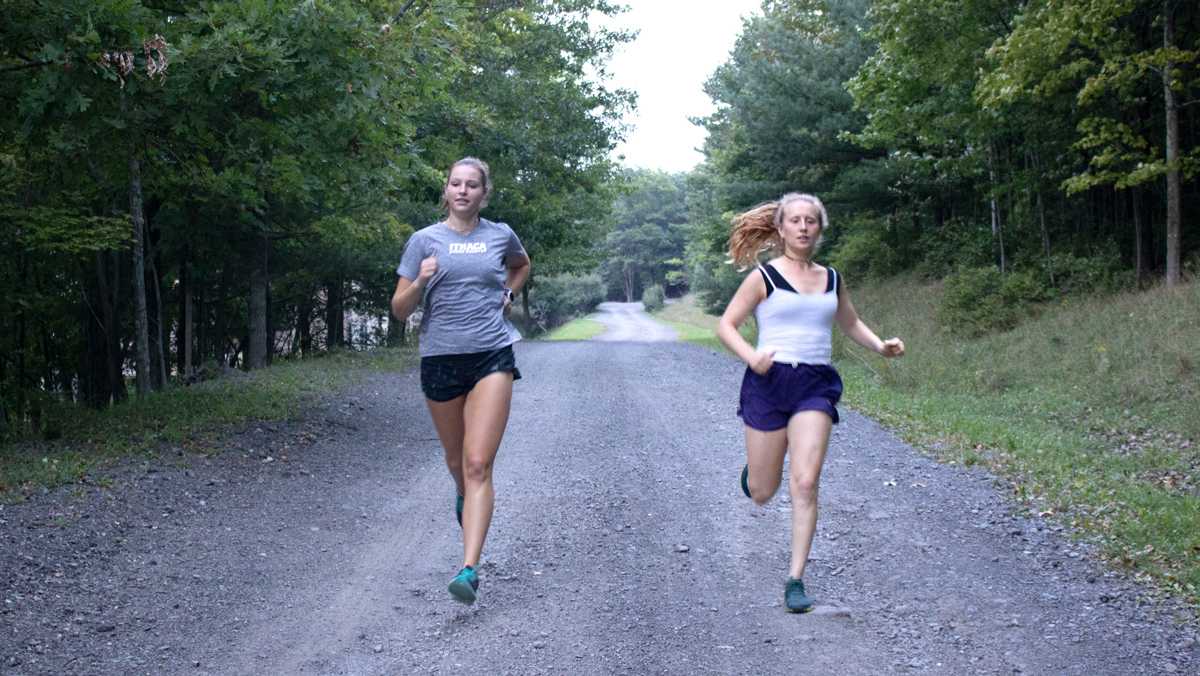 Last fall, junior Lindsay Scott would finish tying her cleats’ laces to prepare to compete at Carp Wood Field for the Ithaca College women’s soccer team. Now, she finds herself putting on her cleats for a different sport: cross-country.

Hannan attended University of Colorado Boulder her freshman year of college. She then transferred to Northeastern University, only to stay for the first two weeks of her sophomore year. After taking the rest of the year off, Hannan restarted sophomore year at the college.

During the 2017–18 season with the women’s tennis team, Hannan finished with only one win — she had never played tennis before joining the team. Hannan said she has always enjoyed running, so she joined the cross-country team this fall to experience her hobby in a more competitive setting.

For Scott, she joined the team this fall after sustaining multiple concussions over the past few years that kept her out the entire fall soccer season. During her freshman year, she played in four games for the Blue and Gold and helped the team advance to an Empire 8 Championship.

Scott said she ran track and field in high school, but this is the first time she has run cross-country. This past year, she had reached out to the track and field coach, who got her in touch with Erin Dinan, head coach for the women’s cross-country team, who then got Scott interested in joining.

Hannan said she was hesitant to run cross-country because she did not want her enjoyment of running to end. However, she joined the team this year to not only experience running in a new way but to also encounter a new team dynamic that was different from tennis.

“I was a little worried about doing running as my sport just because I didn’t want to lose my love to run,” Hannan said. “I was thinking doing it as a sport would maybe diminish that for me, but it did not do that at all.”

Women’s cross-country races are typically six kilometers long but can be anywhere between 4 and 6 kilometers depending on the course. Scott has experienced both the benefit and challenge of adjusting from soccer to cross-country.

“This past summer was the first time I ever did a run over like five miles,” Scott said. “But, in soccer, you don’t realize how many miles you actually run during a game, and I think it’s definitely helped me to be in good shape.”

Head coach Erin Dinan said that even though both runners are new, they are doing well so far.

“For being newcomers, they are the most upbeat and positive people,” Dinan said. “They have a very strong and positive presence, so they sort of just melt right into the team.”

Having athletes switch over to cross-country, however, is not something out of the blue for the Bombers. Dinan said that typically one or two new runners join the team each fall with no cross-country experience.

“We like to develop athletes,” Dinan said. “I think this happens because they are women who choose to focus more on track and are mid or long distance runners who want to train year-round for running.”

Senior Emile Mertz, who never ran cross-country before, said a serious knee injury in high school forced her to rethink her athletic career. She said starting cross-country was a way to continue an individual competitiveness .

“I enjoyed the goals that were set for me,” Mertz said. “I was able to be competitive — not with others, but myself.”

Now, following in similar footsteps, Hannan and Scott said they are eager to learn and improve as runners.

The men’s team placed fourth, while the women’s team finished in fifth place in their second scoring meet of the season.