Volleyball comes out victorious over Clarkson for conference title 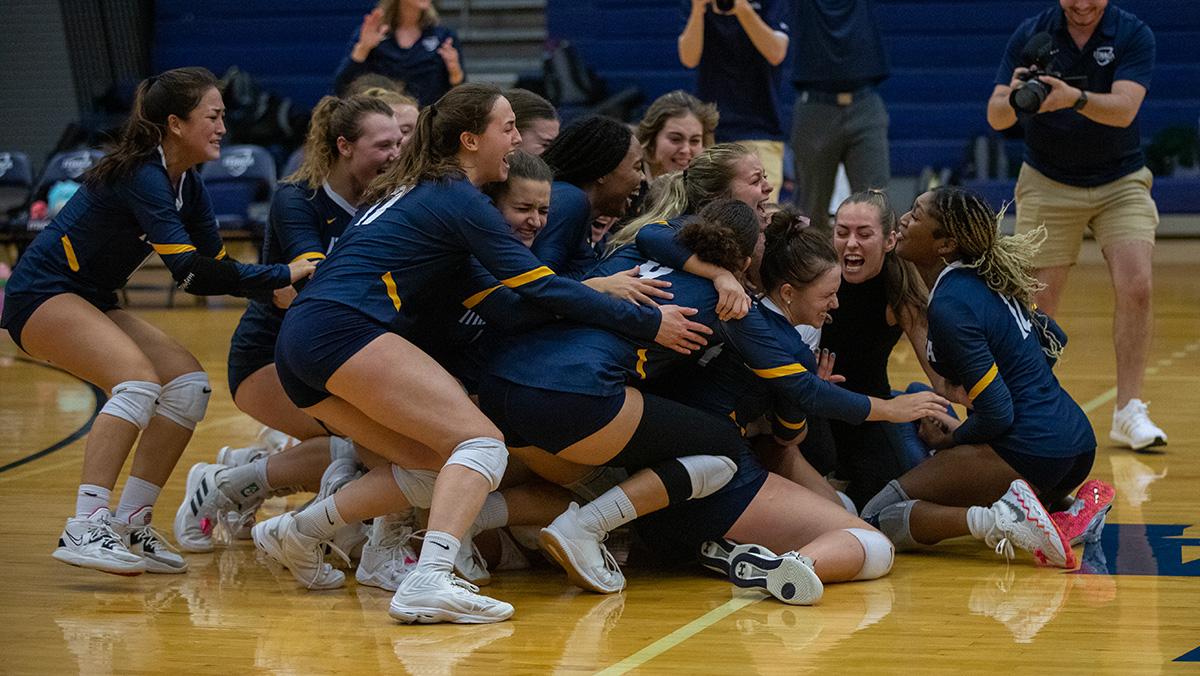 Rayahna Tryka/The Ithacan
The Ithaca College volleyball team celebrates on the court after winning its first conference championship since 2016 with a five-set victory over Clarkson University on Nov. 5.
By Tess Ferguson — Staff Writer
Published: November 6, 2022

After defeating the Rochester Institute of Technology (RIT) Tigers 3–0 in an evenly matched semifinal game, the Ithaca College volleyball team defeated the Clarkson University Golden Knights 3–2 in an epic Liberty League championship match. The victory secured the first conference title for the Bombers since leaving the Empire 8.

As both teams entered the initial set coming off of 3–0 semifinal victories, the intensity was high on both ends of the court. The Bombers came in looking for revenge against the team that has ended its conference championship hopes in four straight seasons. However, it was the Golden Knights who had the edge in the first set, managing to lead the Bombers throughout its entirety. 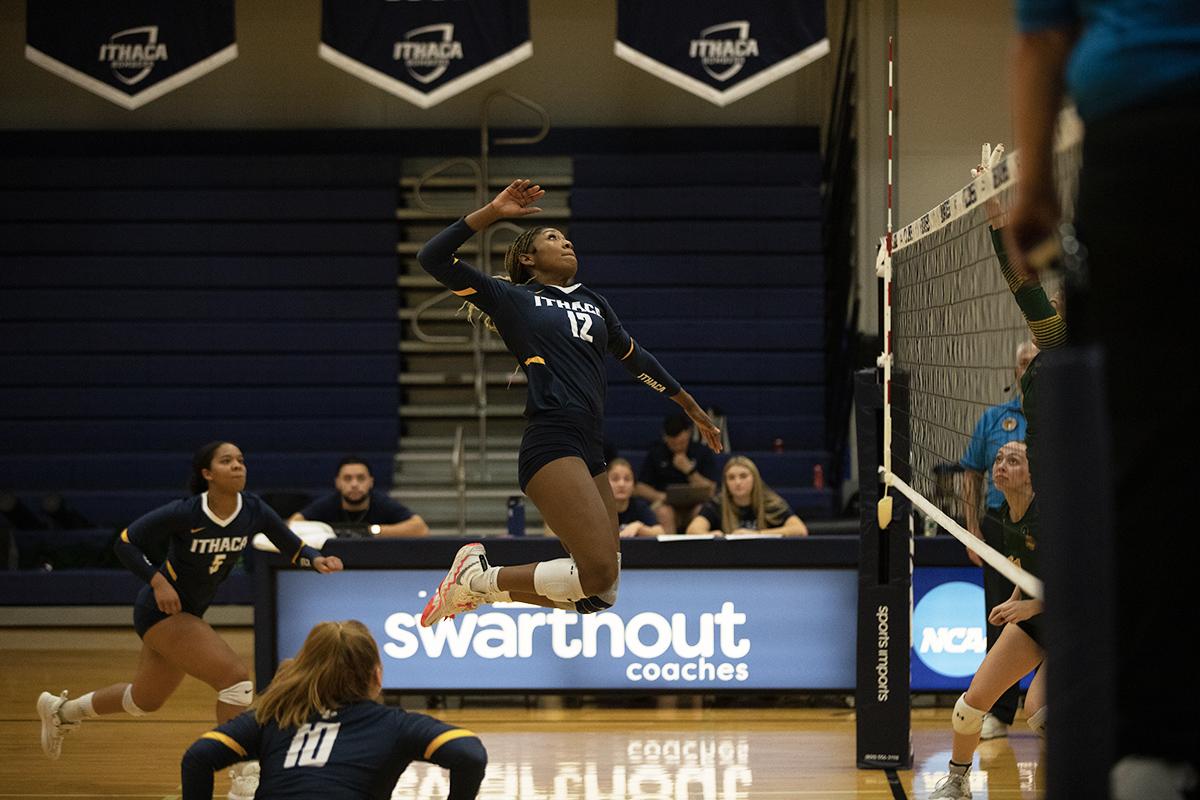 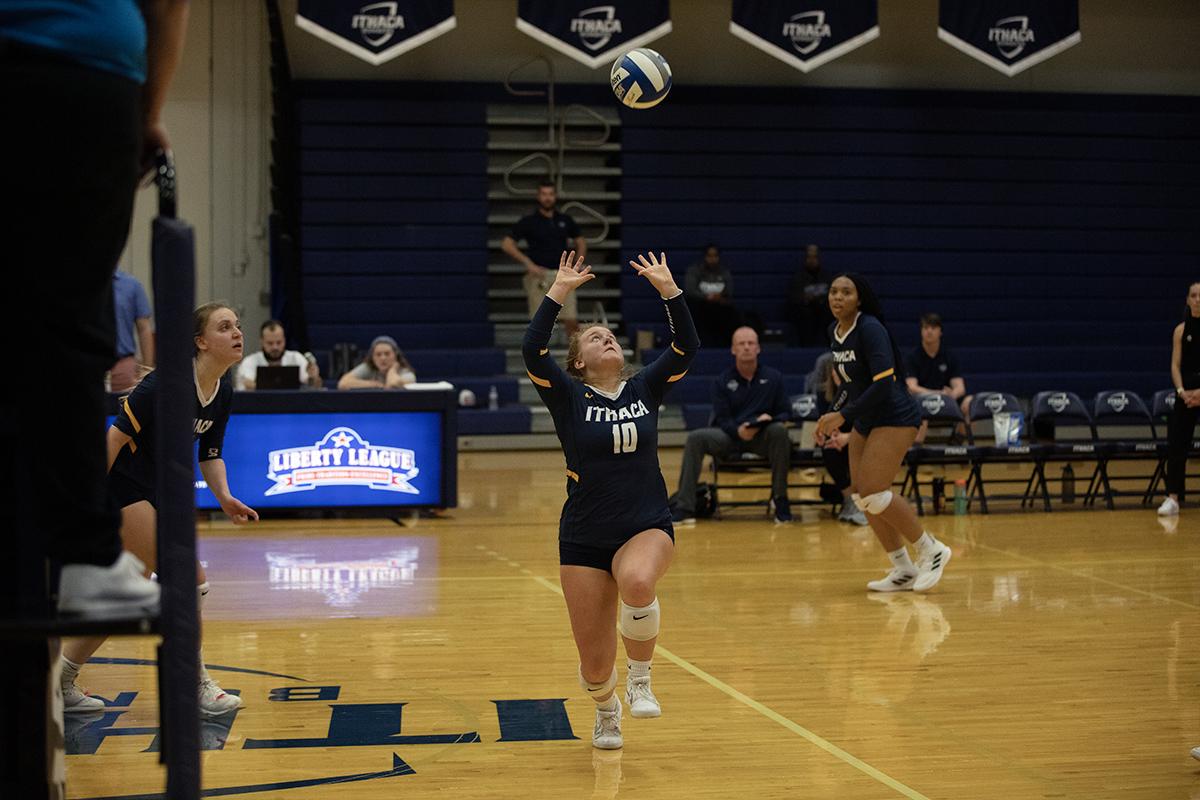 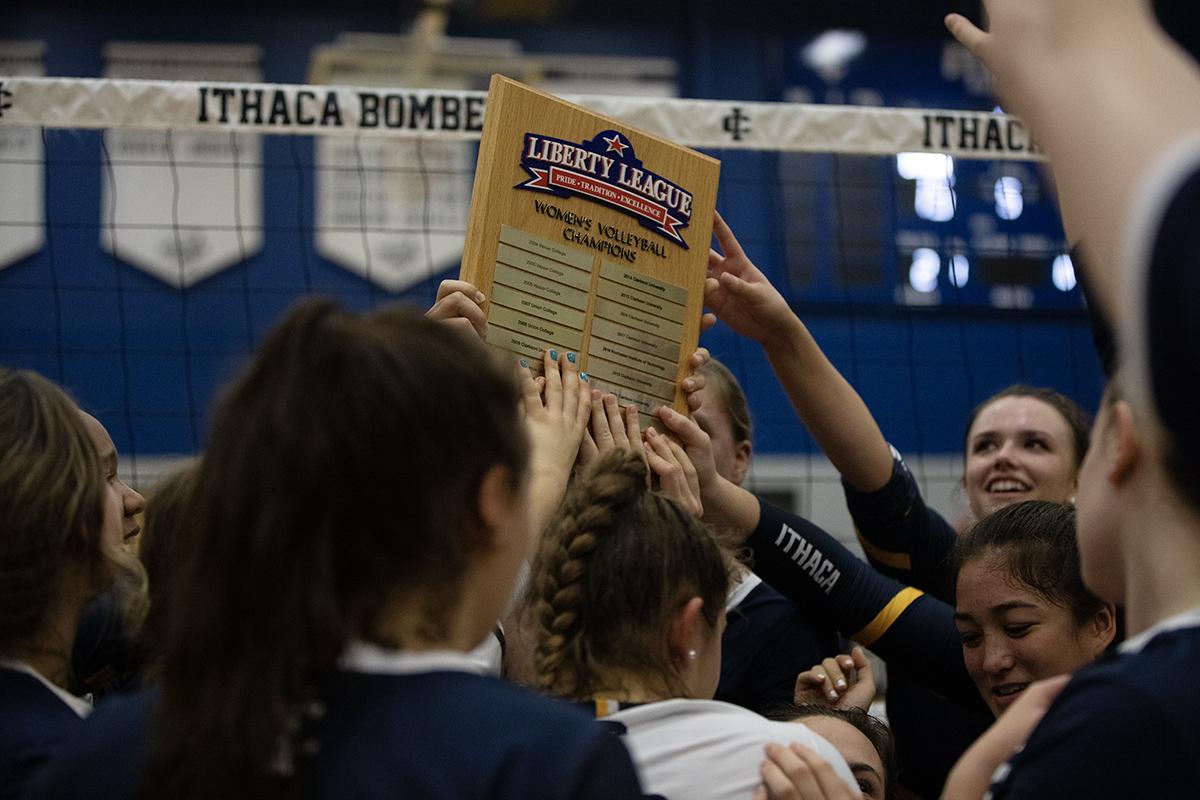 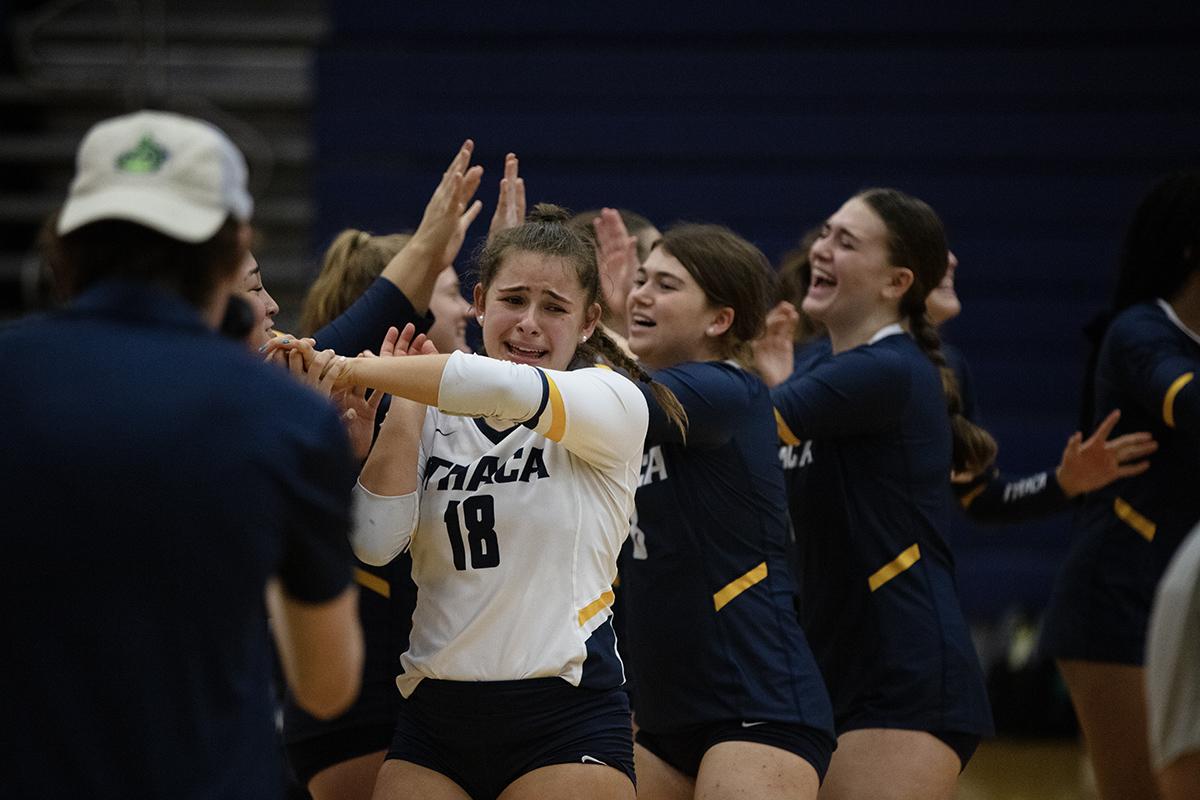 Junior defensive specialist Julia Costa is brought to tears after the Bombers won the Liberty League for the first time since joining the conference. Rayahna Tryka/The Ithacan

Recognizing the stakes, the Bombers drastically hightened their game heading into the second set. The frame was dominated by the South Hill squad, seeing excellent performances from all over their half of the court. O’Leary registered an outstanding five kills, while sophomore middle blocker Aleka Darko tallied two blocks, three service aces and a kill.

The Bombers’ impressive statistics led the set, ultimately securing a 25–18 victory to tie the championship match 1–1.

The Golden Knights were quick to bounce back in the third set, led by senior outside hitter Kristen Werdine, who registered two consecutive kills early in the frame. They managed to hold no less than a four-point lead throughout the set, quickly closing in on what became a 2–1 game to send the competition forward after winning it 25–19.

Once again, the Bombers were able to level up their play and bring high intensity into the fourth set. Both Montgomery and first-year student opposite Leila Chipepo tallied three kills on the set.

The match marked the first time the Bombers entered a fifth set at home since their season-opening invitational Sept. 3, and they were sure to capitalize on the occasion by taking an early lead. Chipepo managed to tally five crucial kills within the set while Darko registered three kills and a block.

While the Golden Knights led the set 8–5 halfway through, the Bombers ultimately came out on top, securing their first conference title since winning the Empire 8 in 2016 upon winning the set 15–12.

O’Leary said that although the match was tight, her team was confident in their ability heading into the final set.

“We’ve been there before and you really can’t think too hard about it,” O’Leary said. “You know the other side is going to give you their best, so we of course just had to match that energy.”

O’Leary added that earning the conference title for the first time was the most rewarding way to tie together her four years in the gym.

“I can’t even begin to articulate what this game meant,” O’Leary said. “There’s so much to be grateful for this season, and this win is really just the cherry on top of it all.”

Darko, who was named the tournament’s most valuable player, said that although the win was momentous, she is most looking forward to moving into the NCAA tournament.

“This win feels amazing and I’m so appreciative of my team and this opportunity, but I’m just so excited to make it into the tournament,” Darko said. “I’m ready to keep this feeling rolling.”

The Bombers will continue their postseason push in the first round of the NCAA tournament taking place on Nov. 11. The NCAA Division III selection show happens Nov. 7 at 1 p.m., where the team will look to see where it will travel and who it will face.

Volleyball advances to conference finals with tight win over RIT