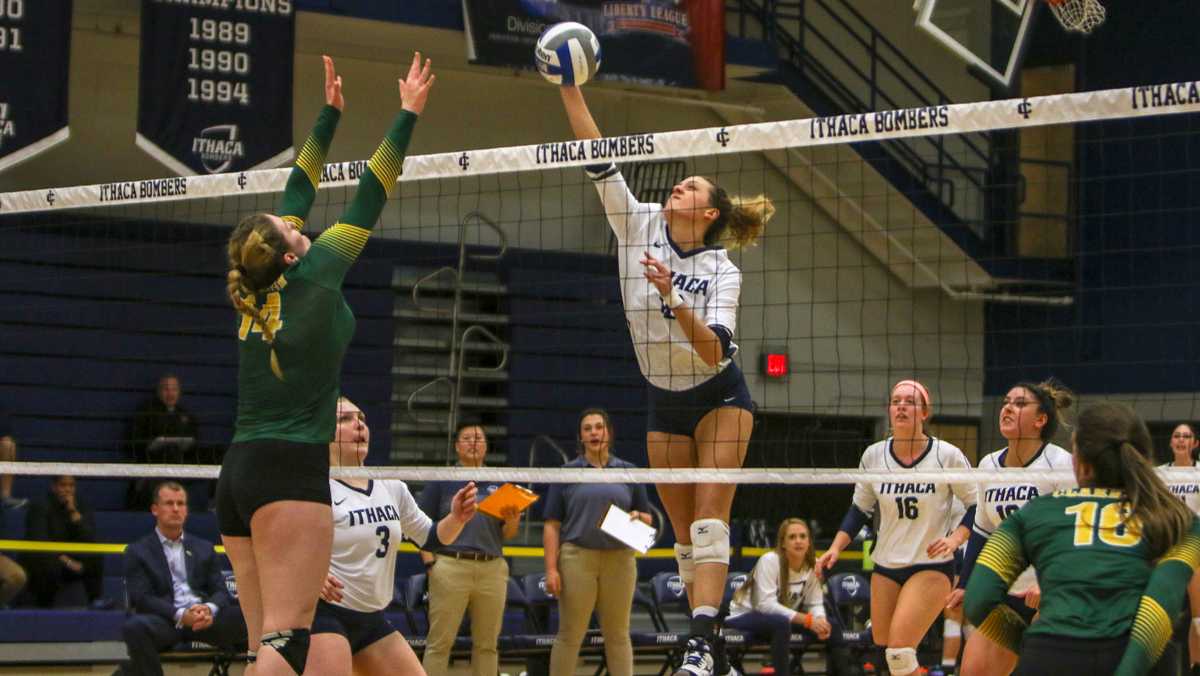 The air was immediately taken out of Ben Light Gymnasium as the Golden Knights took an early 7–3 lead over the Bombers in the first set. The Blue and Gold would bounce back, and eventually cut the lead down to three with an 18–15 score, but that was as close as it would come as the Bombers never took a lead in the first set.

The struggles of the first set lit a fire under the South Hill squad, as they came back with vengeance in the second set. The Bombers jumped out to an early 4–1 lead, and from there, it was a back–and–forth affair, trading points back and forth. The breakthrough point for the Blue and Gold came when the Bombers were leading 18–15. After this point, the South Hill squad scored five straight points, and won the second set.

The third set was a backbreaking one for the Bombers. It looked as if the Bombers were out of it when trailing 13-8, but head coach Johan Dulfer called a crucial timeout and the Blue and Gold answered back with four straight points. This set would go down to the wire, with the score at one point being 21–20 in Clarkson’s favor. The Golden Knights went on to score five of the last seven points, and eliminate any momentum the Bombers had.

The Bombers were down to their final life in the fourth set, and it showed that they were still shaken up after losing the third set. The Blue and Gold led 5–2 in the early going, but Clarkson responded with 6 straight points and made it a hard mountain for Ithaca to climb. The Bombers brought the score back to 13–15, but another six-point run by Clarkson was the final nail in the coffin.

Defensively, it was the tandem of junior setter Caitlyn Floyd and senior libero Tara Stilwell that found the most success for the Bombers. Floyd racked up 12 digs while Stilwell had 16.

One of the biggest issues for the Bombers in the contest was the unforced errors. In each set besides one, Ithaca had more errors than Clarkson, and head coach Johan Dulfer eluded to this fact.

“I didn’t think Clarkson was particularly good in the first two sets, but they got better as the match went on,” Dulfer said. “I told my team that collectively, we made too many errors, and errors at the worst possible times.”

Even though the Bombers were defeated, they still have a chance at receiving an at-large bid in the NCAA tournament. Selections for the 2018 NCAA Division III Women’s Volleyball Championship will be made Monday, Nov. 5.