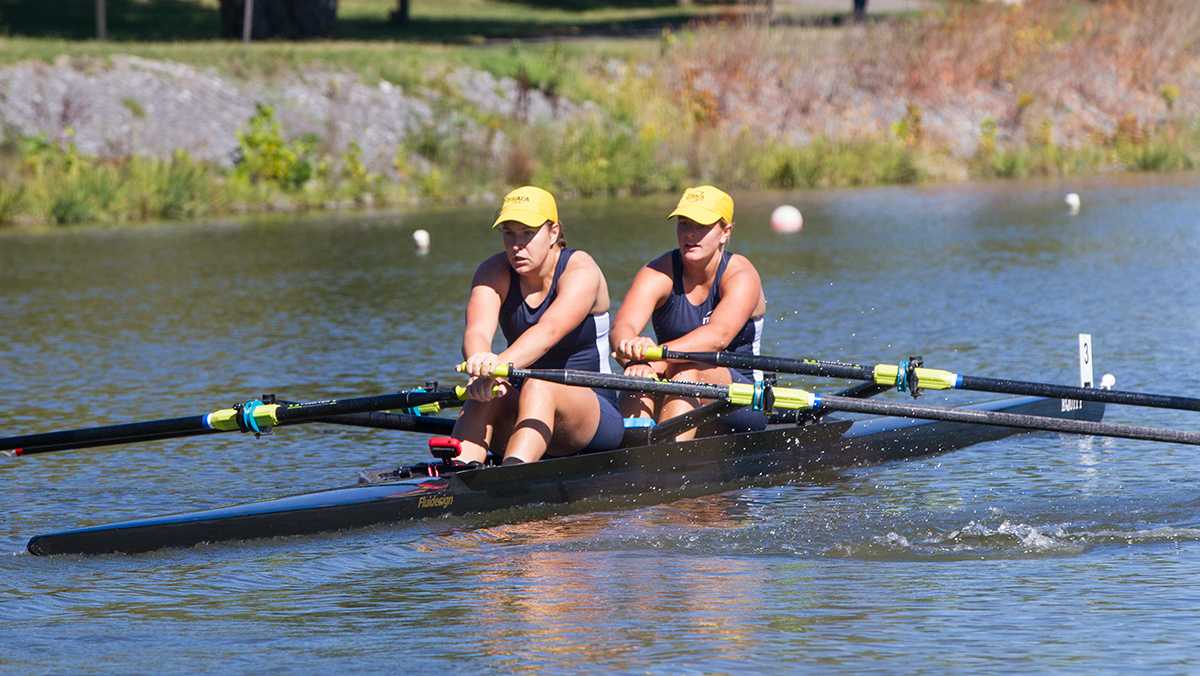 As October gets underway, most of the Ithaca College fall sports teams are halfway through their seasons.

Oct. 8 is race day for the men’s and women’s crew. They will enter the second race of their seasons as they travel to Rochester, New York, for the Head of the Genesee regatta beginning at 9 a.m.

The men’s and women’s cross-country teams will lace up their spikes at the Hamilton College Invite in Clinton, New York, at noon Oct. 8.

After handing Utica College its first loss of the season, the 2–2 Bombers football team will look to go above .500 at 1 p.m. Oct. 8 at Butterfield Stadium when it hosts Hartwick College. The Bombers’ defense will be put to the test against the Hawks, who are averaging over 40 points per game. The South Hill squad scored its highest point total of the season against the Pioneers, and junior running back Tristan Brown’s 125 rushing yards was more than the Bombers had rushed for in the first three games combined.

The men’s soccer team will look to improve its record in the Empire 8 to 3–1 at 3 p.m. Oct. 8 when it hits the road to take on Elmira College. The Blue and Gold are 4–6 overall and 1–5 on the road and will be facing a Soaring Eagles team that is undefeated at home so far this season.

Field hockey travels to Geneva, New York, looking to bounce back from its 3–0 shutout loss to St. John Fisher College when the team faces William Smith College at noon Oct. 8. The Bombers are 2–2 in out-of-conference games this season and 5–4 overall. The Herons are 7–3 on the year and 4–1 at home.

The 6–1–2 women’s soccer team will take the field at noon Oct. 8 with the intention of remaining undefeated in Empire 8 play when it hosts Alfred University at Carp Wood Field. The Bombers bested the Saxons 6–0 last season and will look to have a similar performance in this game.

The women’s tennis team will look to cap off another undefeated regular season under head coach Bill Austin at noon Oct. 8 when it hosts St. John Fisher at the Wheeler Tennis Courts.  The Bombers are coming off of a win against Nazareth, the 200th of Austin’s career. The team was undefeated last season.

The volleyball team has two matches Oct. 8 in Oneonta, New York, against St. John Fisher at 11 a.m. and Hartwick College at 1:30 p.m.  The Bombers are 14–4 so far in head coach Johan Dulfer’s inaugural season and are 3–1 in Empire 8 play.

After winning the Empire 8 championship last weekend, the golf team will participate in the Middlebury College Invitational, Oct. 8–9 in Middlebury, Vermont.

Sculling will travel to Northampton, Massachusetts for the Seven Sisters Regatta 9 a.m. Oct. 9 for its third regatta of the season.