Weekend preview: The Blue and Gold face off at home 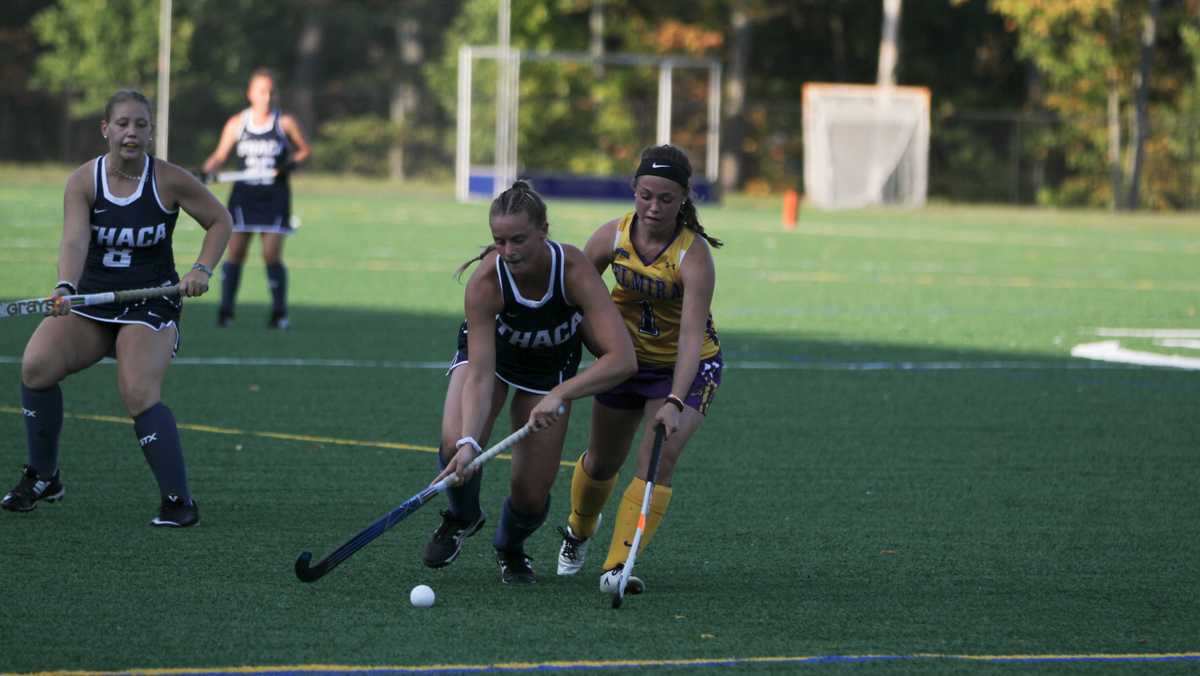 With October just around the corner, Ithaca College’s fall teams look to find their stride as conference play intensifies.

The men’s and women’s cross-country teams hit the road for Bethlehem, Pennsylvania to participate in the Lehigh University Invitational Sept. 29. The women’s team will be led by senior Taryn Cordani, who was named ECAC Division III – North Runner of the Week, Liberty League Performer of the Week and USTFCCCA National Athlete of the Week after winning the Williams College Purple Valley Invite Sept. 23. The women’s team will start at 11 a.m. while the men’s team starts at 12:15 p.m.

The crew teams kick off their seasons at 9 a.m. Sept. 30 in Geneva, New York for the Challenge on the Canal.

Coming off of its bye week, the football team will look to improve their record to 2–2 on year and 2–0 in the Liberty League Sept. 30 when Hobart College comes to Butterfield Stadium.

Freshman quarterback Wahid Nabi will make his second start of his collegiate career after throwing for 357 yards and three touchdowns against St. Lawrence Sept. 16.

Men’s soccer hosts St. Lawrence at 2 p.m. Sept. 30 at Carp Wood Field. The South Hill squad is coming off of a 2–1 loss to Clarkson University. A win this weekend would improve the team’s record to 5–3–1.

The 3–5 women’s soccer team will look to build off of its 4–0 win over St. John Fisher when it travels to Canton, New York to take on St. Lawrence Sept. 30 and have the hopes of securing its first conference win.

The volleyball team is hosting the Ithaca Tri-Match Sept. 30 in the Ben Light Gymnasium. SUNY Fredonia and Alfred University will travel to South Hill to play a series of games.

Field hockey will look to improve upon its 5–3 record in its second conference matchup of the season when the Blue and Gold host St. Lawrence at 3 p.m. Sept. 30 at Higgins Stadium.

The golf team will make the short trip to Cortland on Sept. 30 for the opening round of the Martin-Wallace Invitational with the final round being played Oct.1. The Bombers are coming off of a sixth place finish in the Mount Holyoke Invitational.

The men’s tennis team will spend its weekend in Saratoga Springs, New York for the ITA Northeast Regional Championship from Sept. 30 through Oct. 2.

The sculling team will participate in its second race of the season Oct. 1 when the Bombers travel to Putney, Vermont for the Green Mountain Head Regatta.

University at the Ben Light Gymnasium

-Golf: All day Sept. 30 and Oct. 1 for the Martin-Wallace Invitational

Weekend preview: Bombers look to compete on the road

Weekend preview: Bombers look to get back on top