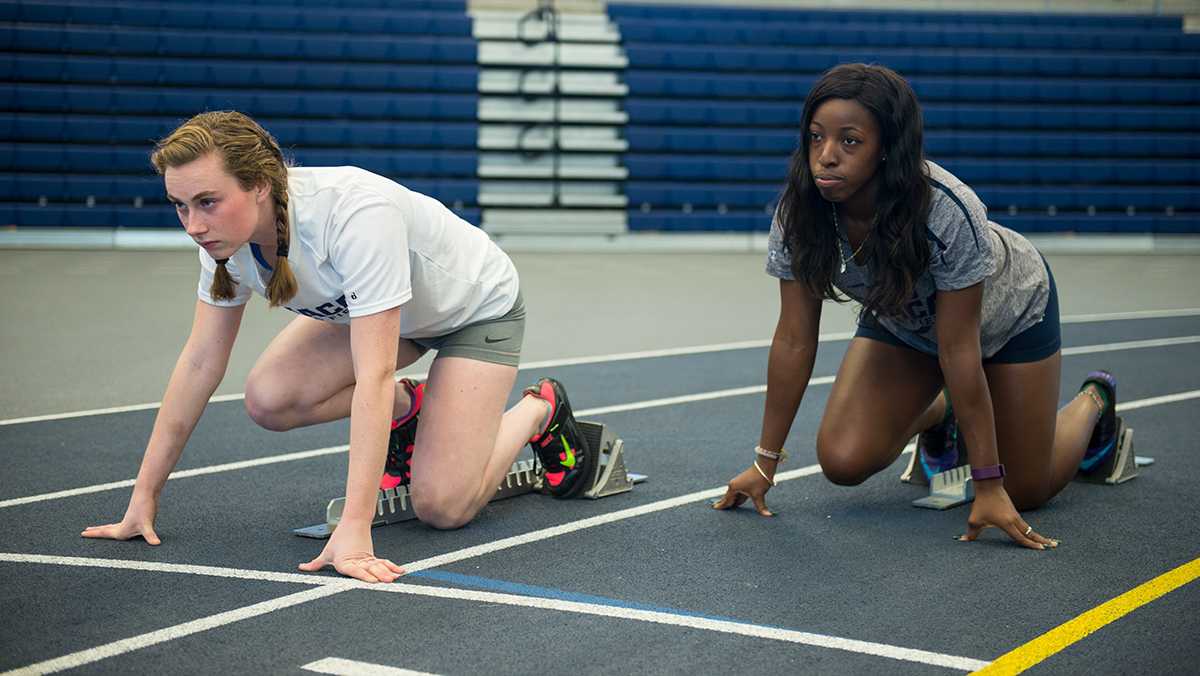 In May, the majority of the members of the women’s track and field team sat at home watching their teammates, seniors Brandy Smith and Katherine Pitman, take home NCAA national titles. As the Bombers head into the indoor season, the goal is for the whole team to stand on top of the podium come March.

Junior Taryn Cordani said she believes that, with the strong mix of returning and new talent, this could be the year they achieve that goal.

“One of our big goals as a team is winning nationals or placing at nationals,” Cordani said. “And especially having two national champions coming back, we think we have a good chance at winning nationals.”

Head coach Jennifer Potter said she is excited to see the success her returning athletes can bring to the team, as well as what the freshmen have to offer.

“We have a strong core of upperclassman throwers who by themselves last year could have won the Empire 8 Championships just with the points that they scored, so that’s a really impressive group,” Potter said. “Overall, the returners look great, and I’m really excited about the freshman class. A lot of talent and a lot of hard work happening thus far after only one week of practice.”

Last season as a team, the Bombers placed first at four invitationals, including the Empire 8 Championships, which they won for the ninth consecutive year, and the Eastern College Athletic Championships, where they beat 49 other teams.

The team officially began practice Oct. 18 and will compete in its first meet of the year Dec. 3 in the Greg Page Relays at Cornell University.

Graduate student Eliza Dewart, who was a captain last season, will be a volunteer coach this season. Potter said that after graduating a strong class last year, having Dewart around will be a big help for the team.

“Seniors are always hard to replace,” Potter said. “It’s not all about points — it’s about leadership, it’s about friendships and it’s about their impact on the program.”

Sophomore sprinter and long jumper Jordan Beckley said the team is going to continue doing what it knows best and holding everyone accountable throughout the season to reach its goals.

“Everyone has their own individual role, and as long as everyone plays their part, we will get to any goal that we are looking forward to,” Beckley said. “Support is a big thing on our team, like if you ever see someone down, you’re going to go over and talk to them.”

Potter said the team is not going to change that much this season in hopes that its success from previous years will carry over.

“We’re not going to change a lot except that we are becoming more confident every year and believing that we can stay a nationally ranked program,” Potter said. “We hope to get on the podium this year and will do everything to make that happen. We’re just doing what we know and having fun and working hard.”