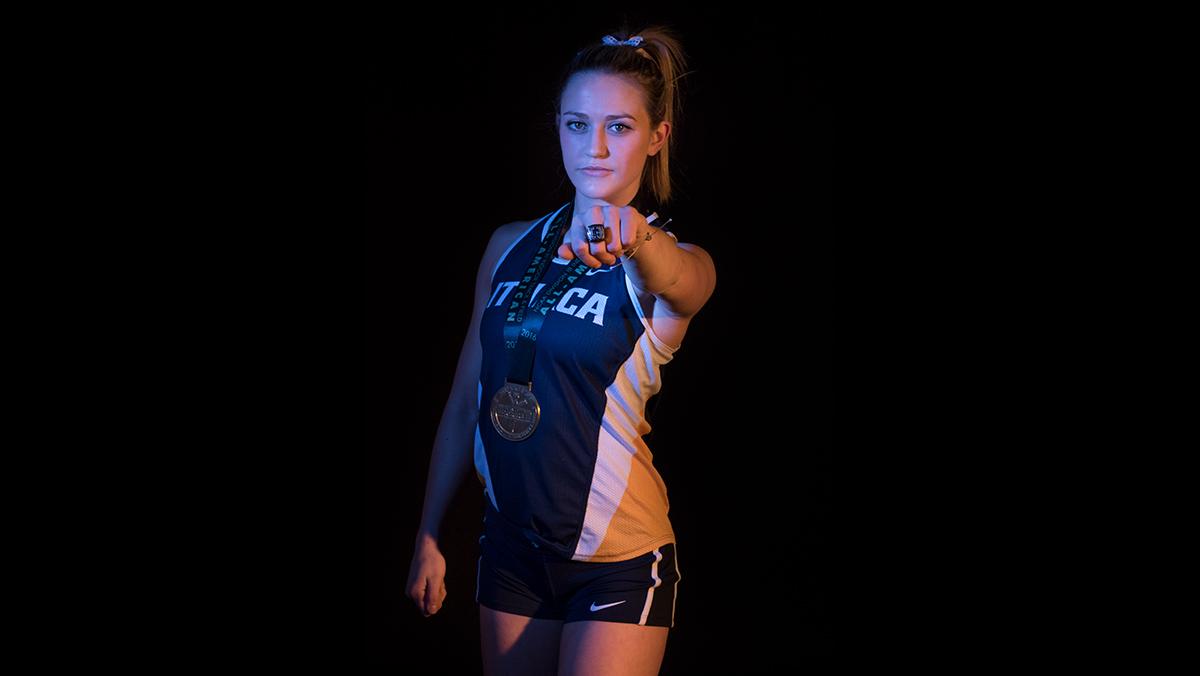 Last year, two members of the Ithaca College women’s outdoor track and field team took home individual titles at the NCAA National Championships. This year, the Bombers are hoping to add a team title on top of individual hardware.

Seniors Katherine Pitman and Brandy Smith won the pole vault and discus, respectively, last year. Meanwhile, the team placed eighth, something Pitman said she thinks it can improve on.

“This year, we’ve been sitting in the top five for team ratings, so that’s really awesome,” Pitman said. “I know we want to bring the biggest team to nationals that we have ever, and I know that the group of girls we have this year could definitely place really well. That’s always a goal — to be a national championship team.”

Head coach Jennifer Potter said she believes this group of athletes will be successful at the national level.

“We’re trying to keep making sure that we focus on the process with not just those athletes but everybody, and keep the bigger goal in mind,” Potter said. “We definitely have the opportunity to finish in the top four as a team.”

Juniors Taryn Cordani and Denise Ibarra are expected to anchor the distance runners, while sophomore Lusmer Quintana and junior Amber Edwards will headline the sprinting events.

Pitman said that this year, she is focusing on the little things to help her vault higher. During the indoor season, she broke the Division III indoor record twice.

“A lot of my goals aren’t as concrete,” Pitman said. “A lot of my goals have to do with technique and fixing different aspects of my jump that I work really hard on, so I would like to see those things come to light in competition.”

The team is currently in the middle of its indoor season, which will conclude March 10–11 at the NCAA Indoor National Championships. Following spring break, the Bombers will compete in their first meet of the outdoor season March 25. Pitman said only having a short break can be hard on their bodies.

“It’s tough because we don’t get a huge break, so I think a lot of it has to do with recovery and giving ourselves a chance to rest for a little bit and take care of ourselves,” Pitman said. “Injuries are the biggest issue, especially if you’re a two- or three-sport athlete. You’re definitely taxing your body a lot; preventative stuff is important.”

Pitman said she wants to make the most of her last season and accomplish her individual goals.

“My biggest competition is always myself — just always trying to beat myself and be better every day,” Pitman said. “I definitely try to just push myself, and I have my teammates that are super supportive.”