Review: Album “Who Cares?” is worthy of caring about 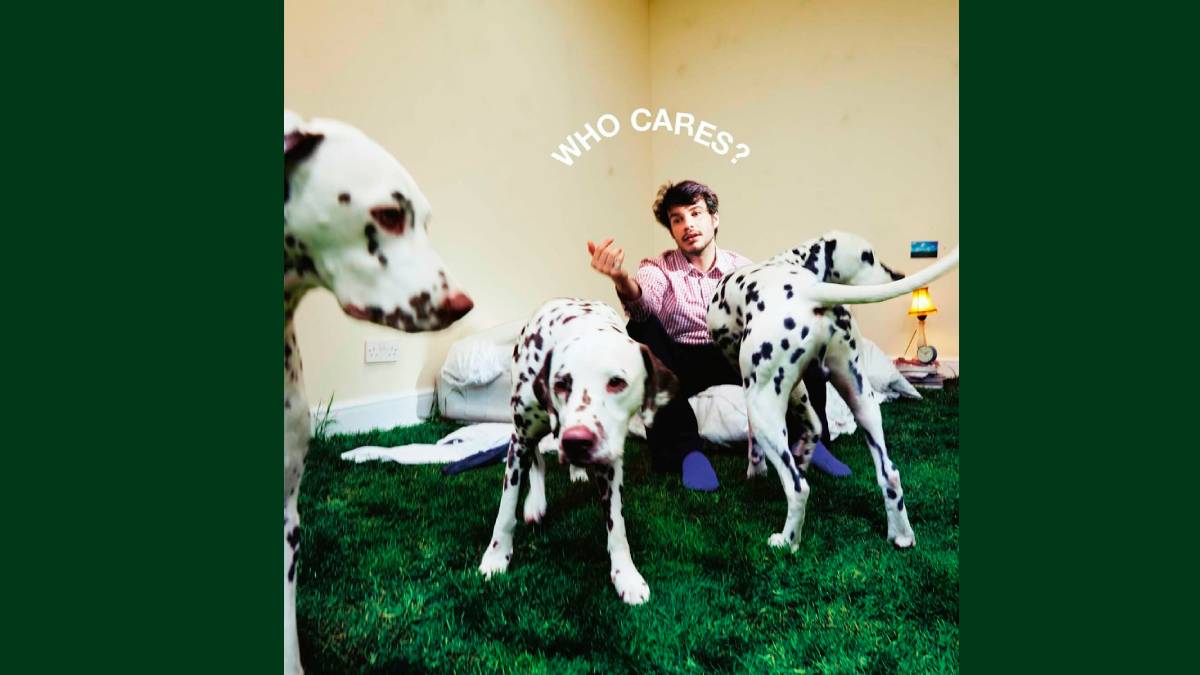 Singer Alex O’Connor gets intimate with his feelings in Rex Orange County’s new album “WHO CARES?” by informing his listeners that he is stressed and depressed about girls, his friendships, his music career and even little things like forgetting to close the blinds. He weaves together the mundane reality of life with the fantasy of teenage love. This album was the latest fans have heard from Rex Orange County after two years of silence.

“WHO CARES?” is made up of 11 songs, and each is unique and heartfelt. Every song is full of simple piano accompaniments that are noticeably more enthusiastic and perkier than the subjects of the songs. This alternative album is full of bubbly synths, electric piano and programmed beats. The artist succeeds again in blending guitar, drums, saxophone and vocals together to create a beautiful sound for the listener’s ears.

Throughout the album, O’Connor is a man temporarily rendered irrational by love. The artist is in love with a girl in the song “ONE IN A MILLION”: “There’s no one quite like you/ You’re one of one, one in a million.” However, this happiness does not last and the tone changes quickly in the song “IF YOU WANT IT”: “Come back and just give me a call.” Pleading for her, he sings, “Let me be your boy.” The tone of the album shifts from being happy and in love to being upset and heartbroken.

In the song “KEEP IT UP,”  O’Connor sings about self-worth, “Most my life, I’m asking, ‘Why?’” He relates to and sympathizes with the listeners, “I know it’s so frustrating.” Throughout the album, O’Connor’s voice radiates soothing, relaxing tones that overshadow the many sad verses throughout the songs.

In eight of the songs in the album, O’Connor reaches out to the audience with questions — “What’s worth it anymore?” The artist is seeking help and guidance down the unknown paths of life, questioning everything along the way. Unsure of himself to the point that he looks for permission to perform simple tasks, he sings, “Can I open a window?”

O’Connor experiences a wide range of emotions at full length in the album. The artist expresses feelings of being lost, hopeless, doubtful and guilty. He takes the listeners along with him to figure out the issues that have been bothering him in life, looking to them for comfort.

By the end of the album, the artist grows the strength to stand up for himself. In the last song of the album, “WHO CARES?”, there is a realization that others’ opinions don’t matter — “There’s really no point living in fear.” — resulting in a full circle effect taking place in the album. O’Connor begins by seeking guidance in his journey through life. In the middle, he is longing for romance and is riddled with self-doubt. The album wraps around to resolve by O’Connor finally realizing that nothing matters but his own feelings.

From start to finish, O’Connor is on a journey of self-acceptance and healing, growing and developing through the course of each song. A new era for Rex Orange County is upon us, showing the listeners a vulnerable instead of frustrated version of the artist seen in previous albums. There are lessons for everyone to take away from this album, representing the importance of healing and moving on. Overall, it offers a surface level attachment to listeners, drawing them in by the artist’s vulnerability but not getting them hooked because of the instability of those emotions. However, altogether, it is still a great listen.