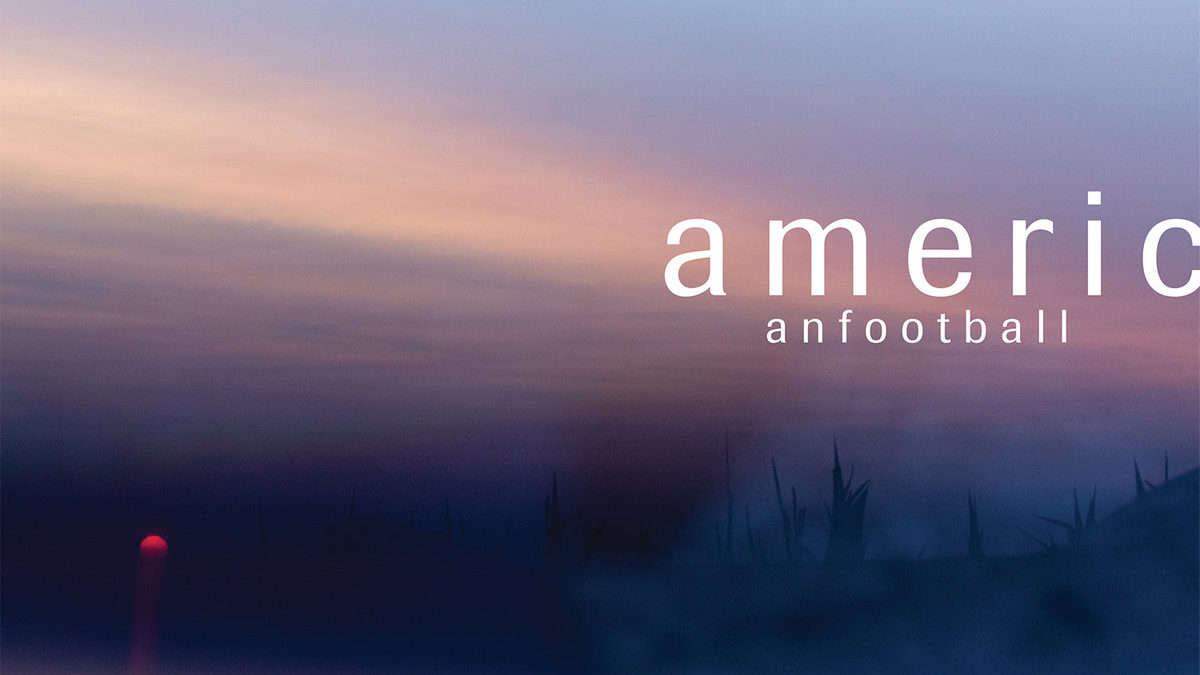 POLYVINYL
"LP3" reflects emo band American Football's newfound maturity in recent years. The band has been on hiatus for years and this most recent album is a powerhouse, featuring guest artists and charmingly interesting instrumentals.
By Hannah Fitzpatrick
Published: April 1, 2019

If Illinois-based emo group American Football’s debut album, “LP1,” was an introduction to the band and their second album, “LP2,” a reintroduction about 17 years later, its latest release, “LP3,” is the group’s reinvention.

The first record, which became one of the most acclaimed emo records of its era, pervaded beyond its breakup due to the band’s use of intricate guitar chords, atypical time signatures and the folksy voice of lead singer Mike Kinsella. After reuniting in 2014 and releasing their second self-titled album, “LP3” gives a taste of how the band has expanded its musical palette in its short reunion by presenting a comprehensive range in composition, pop hooks and production.

“LP3” expands into the diversity of American Football’s sound by incorporating different, unexpected instruments and recruiting guest vocalists from various genres, tactics that helps to establish the group as more mature and well-rounded than it was 20 years prior.

The album opens with “Silhouettes,” a somber track detailing within its lyrics a conversation between two lovers discussing an act of infidelity. Rather than starting with a complex guitar riff or a false-start drum fill, the band employs the delicate sounds of a glockenspiel, adding a sort of lushness to the track’s gloomy tone. After two minutes of this dainty introduction, the guitars and drums enter. The use of instrumentals in this track feel different from the emo rock the band is normally associated with. The transition from the song’s simple start to its verses and bridges is smooth, and Kinsella’s mellow voice adds a deeper notion of emotion to an otherwise dreary song.

The next two songs, “Every Wave To Ever Rise” and “Uncomfortably Numb,” are more experimental tracks by being the first from American Football to feature guest vocalists. Elizabeth Powell, lead singer and guitarist of Land of Talk, a Canadian indie rock band, enhances the haunting atmosphere in “Every Wave To Ever Rise” with soft vocals and even adds French in the chorus. Pop-punk powerhouse Hayley Williams of Paramore also plays a major role on the record through “Uncomfortably Numb,” a contribution that proves to be one of best creative decisions for “LP3.” She slowly weaves into the second verse as a voice of conscience as Kinsella sinks deeper into despair about how confusing and hard life has become. She tenderly tries to buoy him up during the bridge and takes over the third verse in a lower, dusky register completely unrecognizable for Williams, turning a duet between emo icons into a humble, heartbreaking exchange between lapsed lovers.

However, not all the features on this record were put into good use. “I Can’t Feel You” brings in British singer-songwriter Rachel Goswell, lead singer of the band Slowdive known for her willowy and expressive voice, but she has so little time in the song that her voice is almost impossible to distinguish. This track ruins an opportunity to show off her vocals and how they could meld with Kinsella’s voice.

What stands out in “LP3” is not a specific song, but rather the lyrics within each of them. The album is able to strike the perfect balance between the lyricism that nostalgic American Football fans fell in love with and the more mature, current outlook the band is shaping with its recent music. On songs like “Uncomfortably Numb,” Kinsella addresses the youthful person he immortalized in “LP1” with his current, family-oriented self with lyrics like “I used to struggle in my youth/ Now I’m used to struggling for two,” while also incorporating a perspective that is not usually found in younger punk kids: “How will I exist/ Without consequence?”

Overall, “LP3” is not a full departure from the classic American Football sound, but it does successfully traverse through new territory. Through all the songs, the group is able to deliver a lush, compact package of mesmerizing ballads to get lost in, while also invoking the “emo” feelings of loneliness and anxiety that seem to linger around, no matter how much time passes.