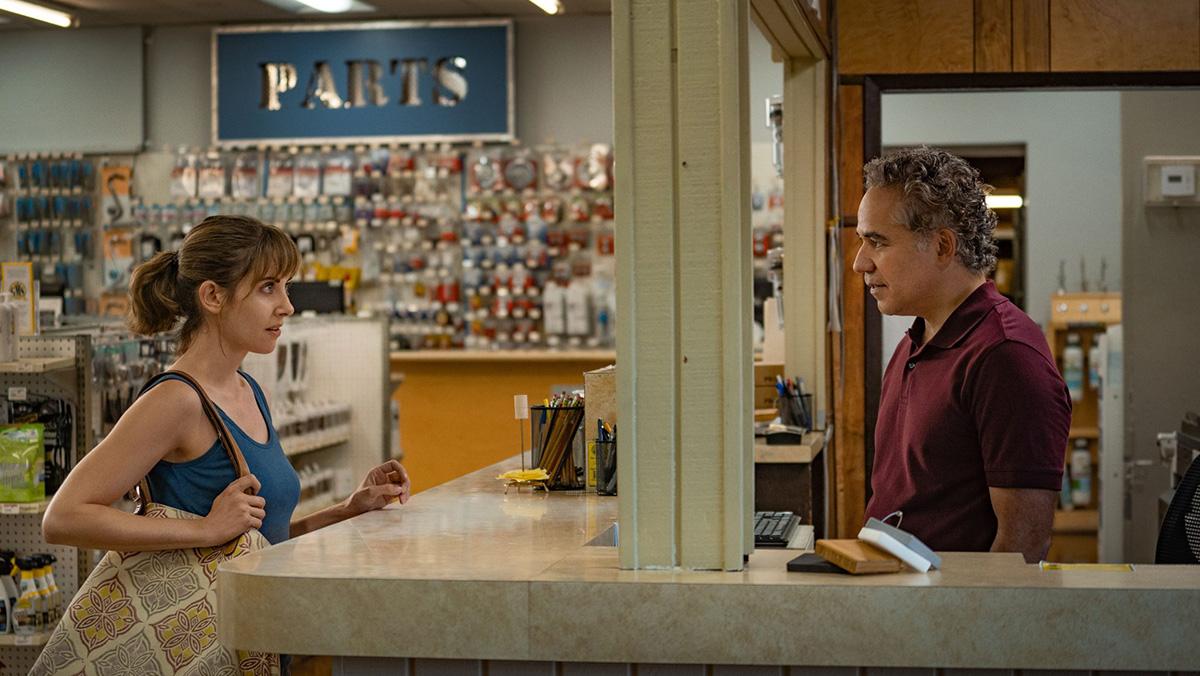 Courtesy of Netflix
"Horse Girl" is an offbeat Netflix thriller that explores difficult themes of violence and mental illness. Alison Bries performance as the main character Sarah is the most charming element of the film.
By Sarah Diggins
Published: February 18, 2020

The offbeat Netflix thriller follows Sarah (Alison Brie), a socially awkward woman with interests in arts and crafts, horses and a supernatural TV show called “Purgatory.” Sarah seemingly enjoys her life in solitude until a 23andMe-esque DNA test causes her to question everything she knew about herself, her past and the world around her. It is never revealed what the results of this test actually are, but it is clear that this is where the story begins.

The film’s charm comes almost solely from Brie’s performance. Even before she begins to lose her sanity toward the middle of the film, Sarah is unreliable. There seems to be something off about her. This includes her lone-wolf tendencies and her obsessive need to mentor the young equestrian who now owns her childhood horse.

And yet something about the glimmer in Brie’s eyes and the sweet inflection of her voice makes it practically impossible not to root for Sarah. When she sits at home alone on her birthday or fumbles through awkward romantic interactions, audiences can’t help but want her to find happiness.

After what starts as a quirky but stable film about a young woman’s struggle to fit in, the film’s second act takes an intense turn. When Sarah experiences intense bouts of sleepwalking and what seem to be out-of-body experiences, “Horse Girl” tries to explain the paranormal entities that might be behind these events — with little success. Sequences in which Sarah researches her symptoms allow hypotheses involving alien abduction and human cloning to be thrown around. It is unclear if taking the DNA test was the cause of these experiences, but this only adds to the confusion in the film’s second half. None of these leads is ever truly fully explored, making the second half of the film a hodgepodge of confusing jump cuts and dream sequences.

“Horse Girl” certainly starts strong. Sarah is an endearing character, and the comings and goings of her everyday life are intriguing. As the plot turns more toward the bizarre, it becomes increasingly difficult to place what the film is about or the message it is trying to portray. The ending leaves much up to the audience’s interpretation. This element is disappointing considering the film does such a good job getting audiences on Sarah’s side in the beginning. The film would benefit from a more organized, concrete conclusion.

Aside from a weak ending and a disorganized message, “Horse Girl” tackles complicated parental relationships and mental health in an informative matter. “Horse Girl” has the potential to entertain viewers through its science fiction foundations.