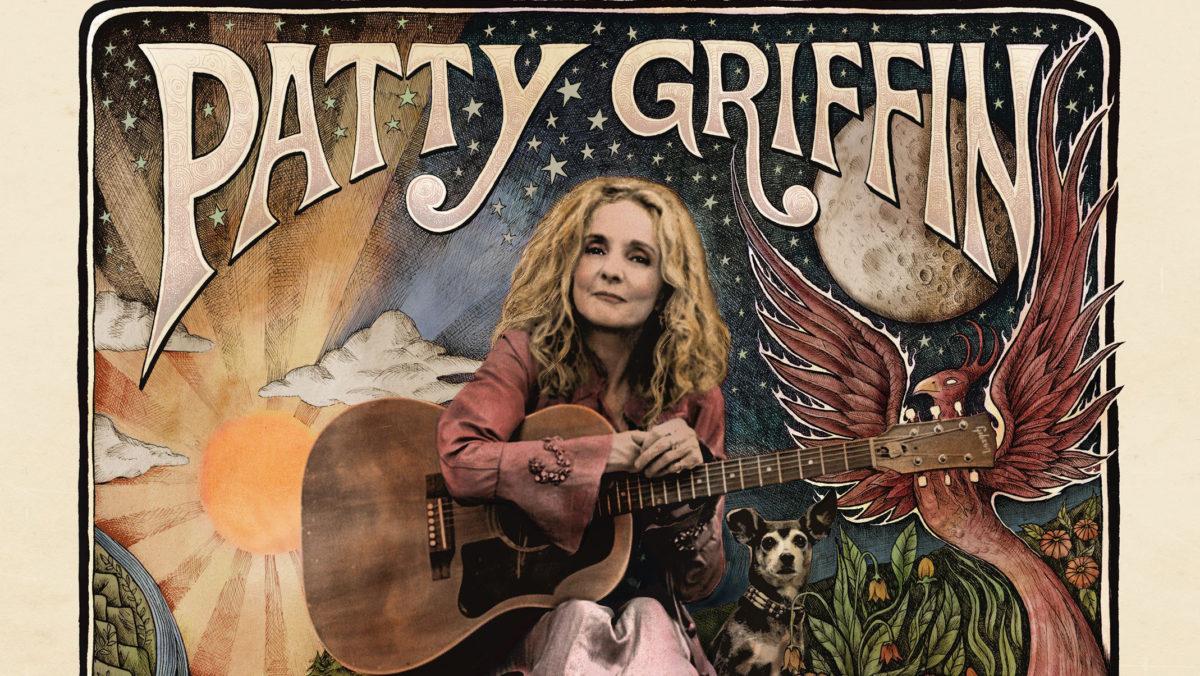 PGM
"Patty Griffin" is a gentle commentary on the state of the world with confident vocals and humble instrumentals. Patty Griffin has been battling cancer and this album is a powerful return to the music scene for her.
By Arleigh Rodgers
Published: March 19, 2019

Perhaps the reason why Patty Griffin has decided to name her latest album after herself is because, above all else, her soothing and intimate voice dominates the stripped tracklist. Nothing else complements her dulcet guitar strums quite like her voice does, as if each instrument is cut and tailored to skirt around her pleasingly raspy vocals.

The most striking piece of every song is the absence of harmonies, though none are needed to make the songs powerful. Griffin has confidence in her voice as she sings alongside a collection of peaceful instruments — like soothing guitar, a lull of a cello and a tranquil piano in “Luminous Places.” “Luminous Places” is Griffin’s elegant meditation on love, and the melancholy sentiments in her lyrics are reflected in her somber vocals and the serene piano accompanying them. Similar in strength to “Luminous Places” is “Had a Good Reason,” though the latter is supported by a humble acoustic guitar rather than a piano. This slow-tempo pair highlights the album’s mournful darkness — something that exists somewhere between heartbreaking sorrow and peaceful woe.

Griffin also ups the pace of her songs, as in the case of “Bluebeard.” It’s difficult not to love how her voice twists around the song’s scrappy guitar and lyrics. She winds together a fantasy about unspoken and gruesome truths, layering in a deep orchestral backdrop to sustain the haunting lullaby. “Mama’s Worried,” the album’s first song, makes use of Griffin’s evocative vocals and the radiant acoustic guitar picks. It introduces the listener to the emotions present in the album: one immersed in redolent heartbreak, the ghosts of one’s past and the ability to rise from it again.

The sturdiness of her vocals and instruments is further matched by the political messages in her songs. Griffin uses past events, both familiar to her and to listeners, to bridge the gap between social justice from the past and now. She attributes a verse in “The Wheel” to the 2014 death of Eric Garner, a black man who was choked to death by police officers and whose death sparked nationwide protests over police brutality. She sings the lines, “Here’s a song about a man/ About a man I never met/ … Choked to death by a policeman/ Said he could not catch his breath.” “The Wheel” brings attention to how the violence and injustice that permeated American culture in 2014 was, like the turn of a wheel, the result of an endless cycle of violence and injustice brought from the years before it. And when this past injustice goes unopposed, it will forever stain the future.

In “Boys from Tralee,” Griffin places herself in the shoes of her grandfather, who immigrated from Ireland to Canada. Like in “The Wheel,” the anecdotal structuring in “Boys from Tralee” allows Griffin and the viewer to draw connections between issues of immigration of her grandfather’s time and current conversations of border walls and stolen jobs. The stark and impressive “River” compares an unnamed woman — perhaps Griffin herself, who wrote these songs while battling cancer — to a rushing and elusive river. Both are untamed and mysterious because of this. “River,” with Griffin’s melodic vocals and rustic acoustics, captures the rich vitality of womanhood.

These veins of social justice have a tenacious hold in Griffin’s songs. As they ride alongside her simple instrumentals and sweetly strained vocals, they find a home in “Patty Griffin.” This monumental 10th studio album lingers through its sadness and sits briefly in dynamic flashes of a faster-paced guitar strum. But a buoyant fizz is present in each song, no matter each melody’s pace, each song’s lyrics or each instrument’s role. Therein lies the flavor of Griffin’s album. Her past fire has been stifled with water, but “Patty Griffin” proves she can wade through the smoke and bring life from it again.