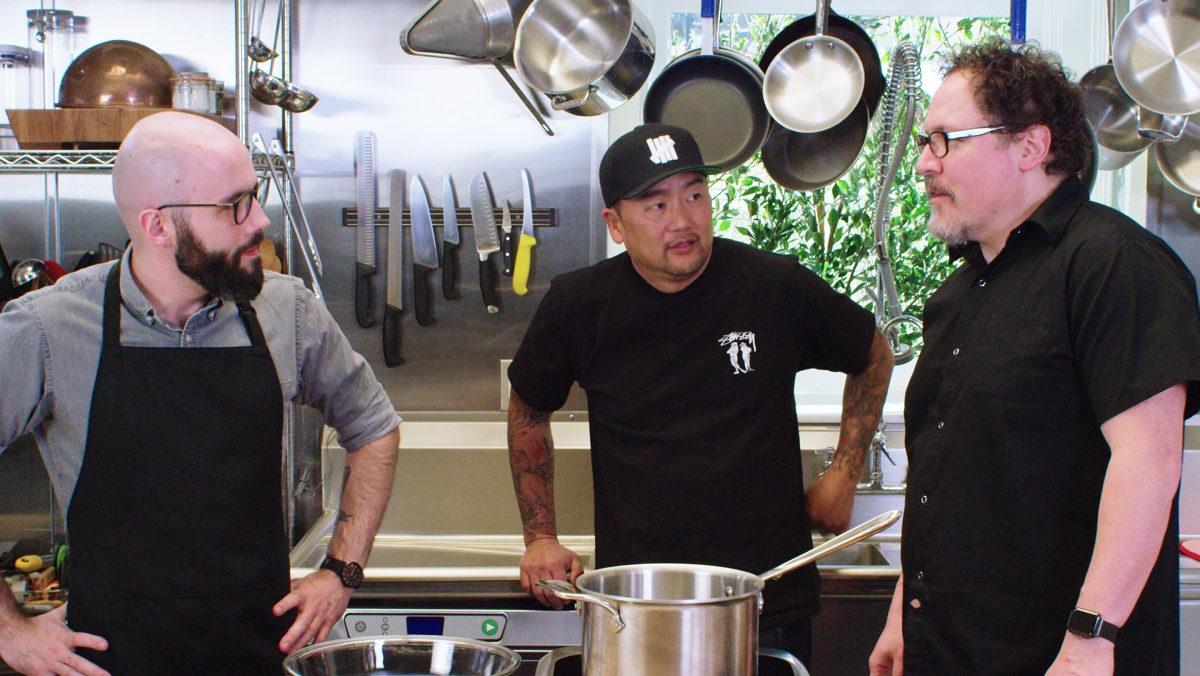 Courtesy of Netflix
"The Chef Show" has a fantastic balance between the on-screen personality and features mouth-watering food. The documentary series teaches viewers how to create outstanding dishes.
By Gabrielle Topping
Published: February 26, 2020

Côte de Boeuf, wagyu brisket sliders, Peruvian border ceviche, uni dynamite rice, Los Angeles bacon street dog and Pasta a la Raimi are only a few of the mouthwatering dishes featured in the third volume of “The Chef Show.” While the close-up shots of the food are enticing, the featured dishes are far from being the only appealing aspects of “The Chef Show.”

This Netflix documentary series stars filmmaker Jon Favreau and chef Roy Choi. Every episode invites the audience into the kitchen to watch Choi and an array of guest chefs prepare delicious and creative dishes.

Compared to the previous seasons that gave few instructions about how to actually produce the featured food at home, this season is designed so the audience can follow along with the recipes themselves. In the first episode, celebrity chef Wolfgang Puck explains the different cuts of meat and how he seasons them. He recommends seasoning Côte de Boeuf with sea salt and cracked pepper and cooking the meat until it is medium-rare. For extra flavor, he advises home cooks to add rosemary. If the steak is lean, he says to add olive oil so there is enough fat to get the proper cook. All of these instructions are explained in detail and in a way anyone could understand. This change creates a much-appreciated connection between the chefs on–screen and the viewer.

In every episode, the series introduces a new guest chef. The chemistry between the hosts and the guests makes the interactions easy and comfortable. In the second episode, chef Mary Sue Milliken and chef Susan Feniger from the restaurant Border Grill join Favreau and Choi to cook ceviche, tacos and port. The charisma of Milliken and Feniger make the already engaging food creations ever more enticing.

While most of the guests are chefs from various restaurants around the world, one of the guests was not like the others. Sam Raimi, the director of “The Evil Dead” and “The Amazing Spider-Man” trilogy came into the kitchen for episode four. Raimi is friends with Favreau, and he is not a professional chef. In this episode, it feels like the viewer is learning about the food alongside Raimi. This furthers the viewer’s personal connection to the show.

While the guest chefs are enjoyable and skilled, watching Choi and Favreau in action is the most enjoyable aspect of the show.

Favreau and Choi also have a wonderfully balanced chemistry. Choi has a more reserved camera presence when compared to Favreau, so the two bounce off each other amusingly without overwhelming the viewer.

In previous seasons, Favreau did not normally cook on the show, but, in this season, there are moments in which the filmmaker picks up a pan and a spatula and gets to work. In one episode, Favreau whips up a morel mushroom omelet alongside celebrity chef Wolfgang Puck. Seeing Favreau grow as a chef under the tutelage of so many talented chefs is a refreshing element that will excite existing fans of the show and attract new viewers.

The third season of “The Chef Show” is informative and entertaining, and there is a nice balance of education and humor. Additionally, the pleasing visuals of the fully prepared dishes entice the viewer to continue watching. “The Chef Show” will undoubtedly leave viewers ravenous for more.