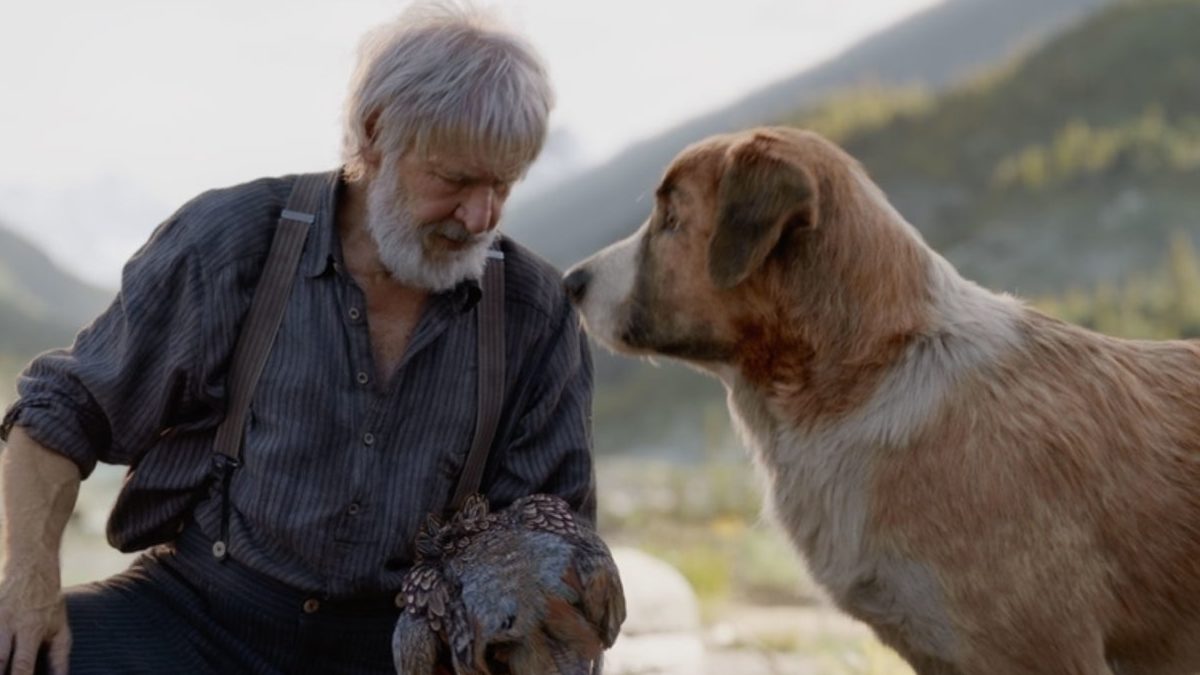 Courtesy of 3 Art Entertainment
This modern adaptation of the classic story "The Call of the Wild" is bogged down by unrealistic CGI. The movie has promise, but ultimately succumbs to the cheap-looking visual effects.
By Elijah de Castro
Published: March 4, 2020

The Call of the Wild

Jack London’s “The Call of the Wild” is a timeless story, and the film adaptation tells it well. But director Chris Sanders’ film looks artificial and strange, like Robert Zemeckis’ “The Polar Express.” This is deeply frustrating because the film has real potential, but even a well-told and beloved story means nothing if the viewer’s eyes do not believe what they see.

Perhaps it was lethargy or a good idea turned bad, but the choice to have the film’s environment built using visual effects is the film’s downfall. London’s adventure novel relies heavily on the biting cold Alaskan wilderness and the loving relationship between John Thorton (Harrison Ford) and his pooch, Buck, to tell its story. So when both the Alaskan wilderness and Buck are rendered using cheap-looking CGI, the plot is the least of the audience’s worries.

In that same breath, the CGI pup Buck takes up the majority of the runtime. His animation is a strange mimicry of reality, so there is no way of escaping how uncanny and unrealistic he looks. Beginning in his owner’s wealthy home and soon being kidnapped by abusive sled-dog salesmen, Buck’s journey is as engaging as it is in the source material. But the film makes it hard to understand Buck as a character beyond being an affable dog up to no good.

Surely, underpaid visual effects artists broke their backs getting Buck animated from every angle. But the technology clearly is not there to make a CGI telling of “The Call of the Wild.” Heavily animated live-action films like “Detective Pikachu,” “Cats” and “The Lion King” have brought up a discussion on the uncanny valley theory. The uncanny valley refers to the unsettling feeling people get when looking at a virtual creation that is human-like, but not quite real. People can feel this revulsion toward robots and, of course, CGI characters. This cannot be more relevant than in “The Call of the Wild.” Perhaps the film should have been fully animated instead of having an implication of realism that it cannot pull off. The verisimilitude of Buck and the other dogs in the movie gives off a deeply unsettled feeling.

There is one silver lining in the movie. An adventure story of this brand has not been this consistent for a while. The critical response to the film has been relatively bipartisan, as the fun it offers is unabashedly cheesy and vulnerable. From start to finish, Sanders brings the happy-go-lucky tone in from his previous films, “How to Train Your Dragon” and “Lilo and Stitch.”

With such a high dependence on animation, the film is undoubtedly a demonstration of how far technology has come, but ultimately, it comes down to perception. The authentic charm of “The Call of the Wild” is lost in its attempt at recreating reality through computers.