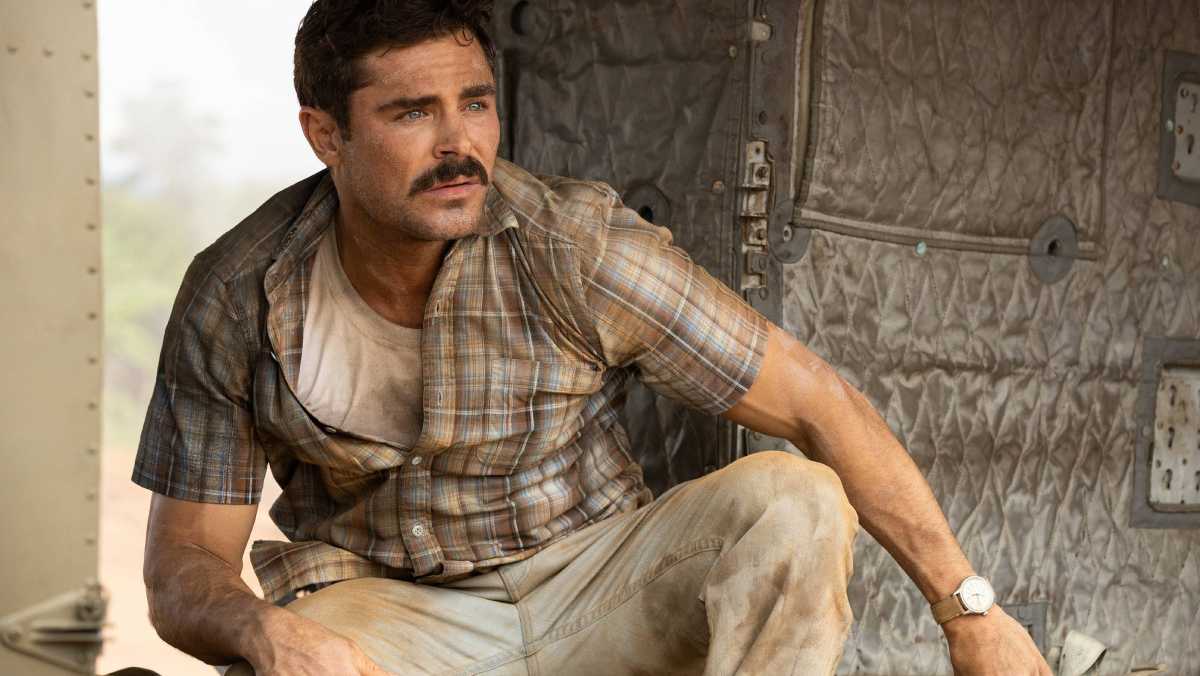 Courtesy of Apple TV
Based on an insane true story, "The Greatest Beer Run Ever" follows John “Chickie” Donohue (Zac Efron) as he travels to Vietnam in order to deliver beers to his friends.
By Evan Miller — Staff Writer
Published: October 12, 2022

The Greatest Beer Run Ever

Vietnam War movies are a dime a dozen. A catalog of films on the subject exists, including “Apocalypse Now,” “Full Metal Jacket,” “Da 5 Bloods” and many more. All of these films have something meaningful to say about the Vietnam War that stretches beyond the simple and surface-level message that people at this point already know: the war was bad. While “The Greatest Beer Run Ever” had the potential to have something greater to say about the war with its often insane true story, it only scratches the surface.

In “The Greatest Beer Run Ever,” John “Chickie” Donohue (Zac Efron) makes the decision to travel to Vietnam so he can deliver beer to his friends serving in the war. This trip makes Chickie realize the horrors of war in Vietnam, something he was not privy to beforehand.

One of the positive things that the film has going for it is Efron, who gives what may be a career-best performance, worthy of being regarded alongside past performances in films like “The Greatest Showman” and “Extremely Wicked, Shockingly Evil and Vile.” He carries the film both comedically and emotionally as the loveable Chickie.

The film is directed and co-written by Academy Award-winner Peter Farrelly, who is most known for films like “Dumb and Dumber” and the Oscar-winning “Green Book.” Farrelly imbues “The Greatest Beer Run Ever” with the same feel-good and often sappy plotting and screenplay as he did in “Green Book.” However, this time, the attempts to play with viewers’ emotions and expectations feel manipulative and much less subtle.

Farrelly had an opportunity to do something unique and profound within the Vietnam War film genre through a wider emphasis on some of the story’s dramatic elements. However, he chose to focus on the comedic elements of the story more than anything else.

The issue here is that as a comedy, the film does not always work. It has several chuckle-worthy moments, but most of the humor feels forced and often impedes the emotion of several scenes. One such moment is when Chickie gifts one of his friends a pair of socks that were meant for his other friend, who he learns died. While this moment could have been the slightest bit emotional or sentimental as the two remember their fallen friend, Farrelly chooses to immediately cut it off with a moment of slapstick humor that is not even funny.

Even some of the choices that Farrelly makes in scenes that are meant to be dramatic are quite bizarre. One scene in particular, which is one of the most effective in the entire film, is completely drowned out by Vashti Bunyan’s “I’d Like to Walk Around in Your Mind.” While this scene was impactful, it could have been more powerful if the music was substituted for muted dialogue.

The film’s largest offense is that it does not do enough with what could have been its core theme and message. During the Vietnam War, the American government constantly attempted to propagandize the war in order to brainwash American citizens into thinking that the country’s involvement in Vietnam was justified and that the war was purposeful. Journalists at the time did hard work to try to provide Americans with the truth through their reporting.

This film explores this brainwashing through Chickie’s character and many of the characters the viewer meets at the beginning of the film. Chickie is initially so patriotic that he refuses to believe the truth about the war, even though he is shown it every day in the news. It isn’t until Chickie arrives in Vietnam and sees the horrors of the war for himself, along with some of the devastating practices of his own country, that he realizes that he may have been wrong.

While this is an interesting angle, the film does not choose to give it the full attention it deserves. One way this theme could have felt more impactful is if Arthur Coates (Russell Crowe) had a larger role to play in the film. Coates is a war correspondent who Chickie meets in Vietnam. He helps Chickie realize that his thinking is built on lies served to him by the United States government. Crowe is a standout in the film and is great in this role. Unfortunately, he doesn’t really have too much screen time, nor does his character do anything of major substance to feel incredibly impactful.

“The Greatest Beer Run Ever” is not a bad film. It is not even an unenjoyable film. It is simply one that frustratingly could have been so much more, especially considering how unbelievable the story that it is based on is, paired with the talent in front of and behind the camera.