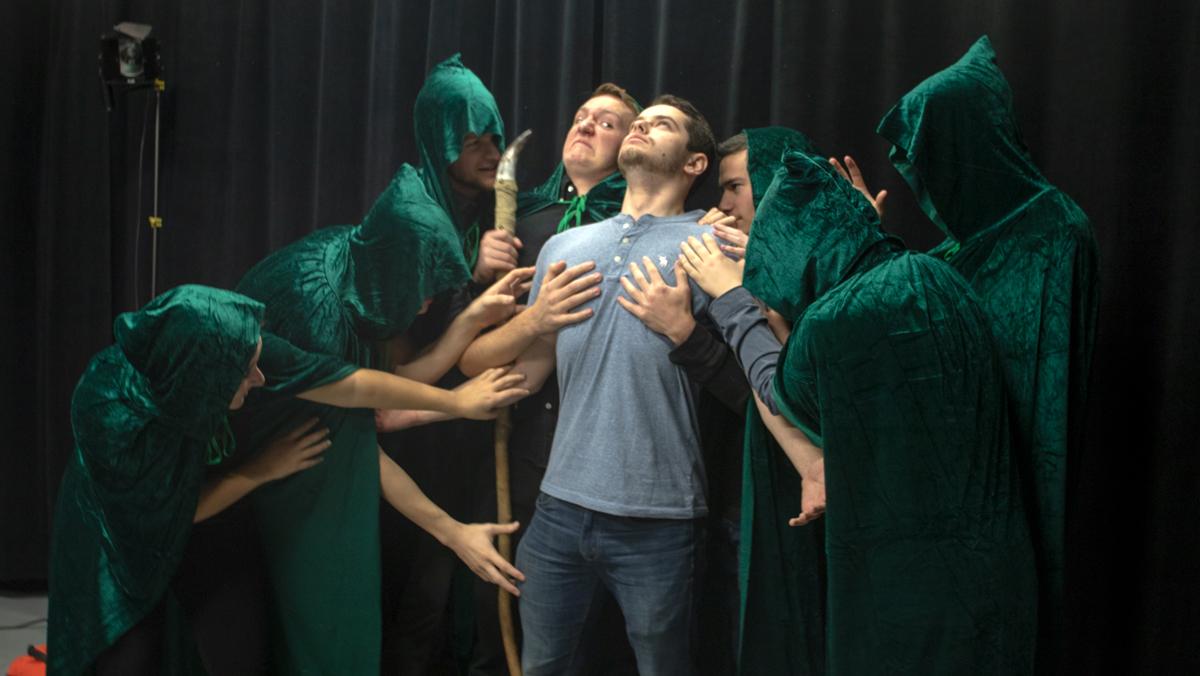 Jackie Marusiak/The Ithacan
Students pitched “Subject to Change” in May 2018 and are set to air their finished product this May. The show will follow fictional friends as they navigate college life. It will incorporate original pop-rock musical numbers.
By Ashley Stalnecker
Published: January 29, 2019

ICTV will be releasing “Subject to Change” at the end of Spring 2019. It will follow two main characters, Rachel and Mason, who are entering their sophomore year of college and trying to discover their passions and figure out how those passions fit into their lives.

The show’s creator, junior Ryan Schleifman, created a Kickstarter to fund the production of the show. Approved ICTV shows are allowed to use equipment from the Roy H. Park School of Communications and are allotted a $100 budget for production costs, but Schleifman said the show would likely need more money to feed the crew and buy the necessary costumes for the cast. Schleifman set a goal of $600 and has already surpassed it before the Feb. 26 deadline for the Kickstarter. As of Jan. 25, Schleifman has raised over $900.

Schleifman said there will be six, 20-minute episodes of “Subject to Change.” The episodes were split up among three different writers: juniors George Murray, Jackson Diianni and Shanel Gray.

The writers said they had to coordinate their different tones and writing styles to ensure smooth transitions from episode to episode. They also had to coordinate which musical pieces to incorporate into each episode.

“I think doing a musical as a writer basically just means you have more opportunities to be expressive and for the characters to show their emotions to the audience,” Diianni said.

Each episode will contain one song composed by senior Nick O’Brien and recorded and produced by junior Alex Dempsey and senior Catherine Sangiovanni. Those cast for the show will sing the pop-rock style music.

Gray worked on developing the character of Rachel. Rachel, unlike the other main character Mason, knows what she is passionate about but struggles to balance her many college involvements with her true focus in college, Gray said.

For example, Gray said Rachel is passionate about music and tries to get into one of the many a cappella groups at her college.

Gray said one of the main themes of the show is friendship. It challenges the stereotype that friends of the opposite gender cannot have a purely platonic relationship.

Because “Subject to Change” is a musical show, it will require collaboration from the different schools on campus. In addition to Park students, students from the School of Music and the Department of Theatre Arts have been involved with the production.

“It’s a good way of combining everything this school is known for, with the music school and acting and musical theater and, of course, television-radio,” sophomore assistant producer Alyssa Denger said.

A new ICTV show must go through an approval process overseen by Jeremy Menard, manager of television and radio operations.

First, the creators and producers of the show must submit a written proposal for Menard and Paul Stanion, studio manager in the department of technical operations, to review. Once the proposal is reviewed, the producers must conduct an in-person pitch at the end of each semester.

Menard said the presentation demonstrates the work students put into a show’s planning and concept. Then, Menard and the executive staff members discuss whether they believe the show is a good fit for the station.

At the end of May 2018, producers pitched “Subject to Change.” Menard said the executive staff members liked the idea so much that they pushed it through to development. For those working on the show, development involved working on finishing the scripts, deciding on shooting locations and continuing to build on the idea.

“‘Subject to Change’ stood out because, at least to my knowledge, it’s the first ever musical on ICTV, or at least the first musical in recent memory,” Menard said. “It was just completely different.”

Schleifman said it is important for the production of the show to go well. It will set the standard for ICTV to produce shows with musical components in the future.

“It certainly is very important that we get it right, because if things go wrong and we mishandle it, then basically it is setting the precedent that this kind of project is too big and can’t happen again,” Schleifman said. “If we fail, it is unlikely that other people will get a similar opportunity.”