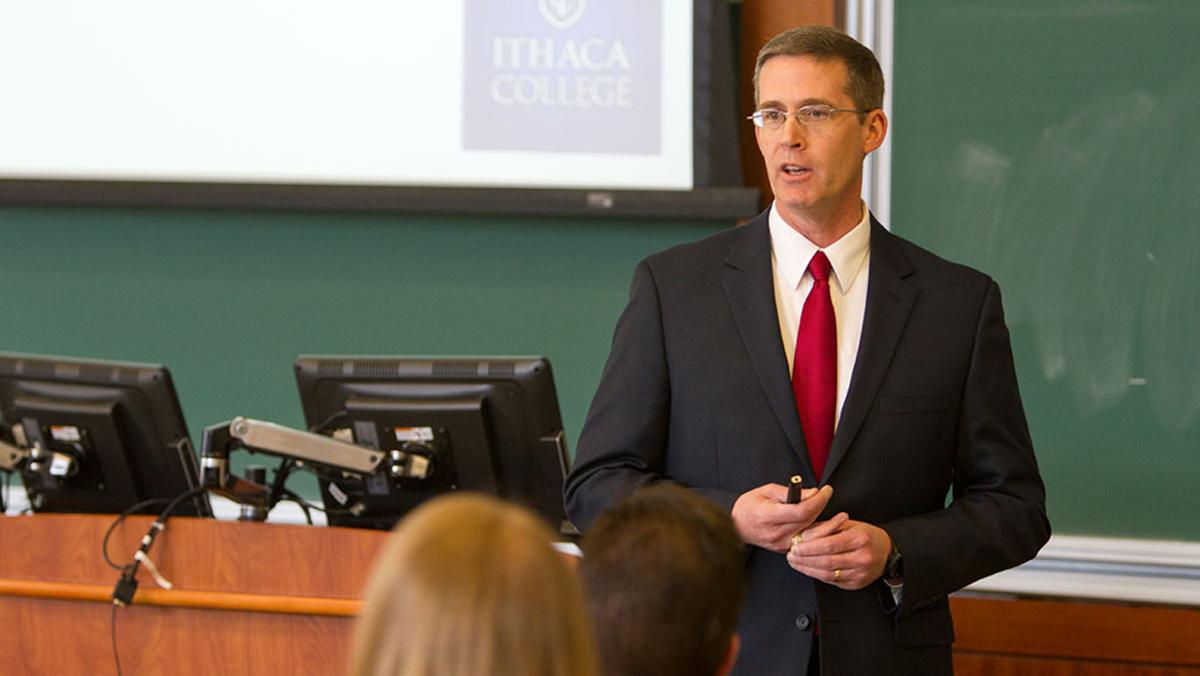 Sean Reid, dean of the School of Business at Ithaca College, will be leaving the college to start a new position July 1.

Cornish will work with the School of Business to appoint an interim dean and a national search for the next dean will begin in the fall, according to the email. This will be the third dean search that will take place in Fall 2020, as the dean searches for the School of Music and the Roy H. Park School of Communications were postponed until October.

Reid said via email it was a privilege to work with the college community for five years, especially with the students.

“While I’m very excited for the opportunity to serve as Provost at Providence College, I’m grateful to have been part of the Bomber team,” Reid said via email. “This is a special place.”

During Reid’s time as dean, the Association to Advance Collegiate Schools of Business reaccredited the school, which was originally accredited in 2005. The school also established its Neeson Business Analytics Lab, Neeson Digital Marketing and Analytics Lab, and launched an MBA program in Entertainment and Media Management under Reid’s leadership, Cornish’s message stated.

During his time at the college, Reid has been a member of the Institutional Effectiveness and Budget Committee, Enterprise Risk Management Committee and 2019 Cortaca Jug Steering Committee. He also participated in the Ithaca Firsts Mentor Program and was the chair of the 2018 search for the vice president for finance and administration.

“It has been an absolute pleasure to work with Sean during my first two years as provost,” Cornish said in the message. “I wish him every success, and will miss him as a colleague and friend.”

Park School dean to step down at end of academic year