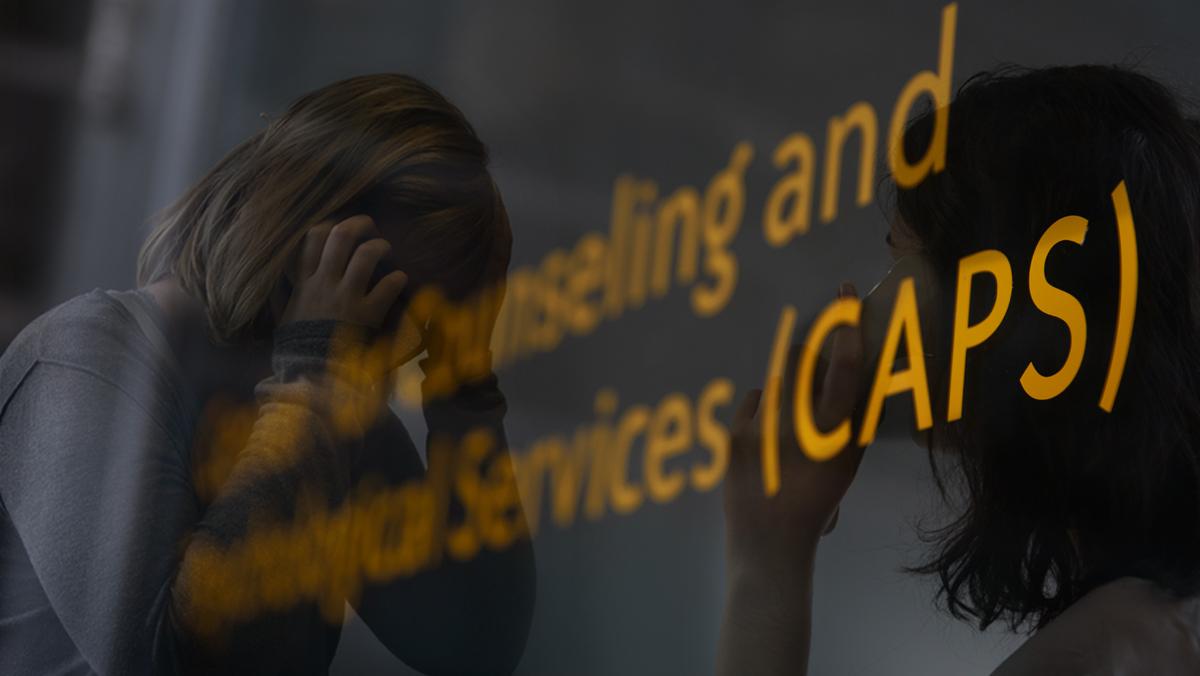 The Ithaca College Center for Counseling and Psychological Services (CAPS) has implemented a 24-hour call service, hired a new director and 11 staff members — the most it has ever had — and expanded its Let’s Talk service for Fall 2019.

CAPS received criticism from the campus community in the past for its lack of counselors and long wait times. In 2015, students launched the Get CAPS Ready campaign, a funding effort for CAPS after the college rejected a recommendation to increase CAPS staff. This pressure on the administration led to the hiring of an additional postdoctoral resident. In 2017, President Shirley M. Collado announced that CAPS would add two new counselors and a case manager.

The new 24-hour call service, called the CAPS after-hours on-call counselor, is available any time that CAPS is closed — after 5 p.m. on weekdays and 24 hours every weekend, holiday or when the college is closed — said Alice Meilman, interim co-director of CAPS. The service began Aug. 19. The after-hours on-call counselor can be reached at the main CAPS phone number, (607) 274-3136, and then by following a prompt to talk to a counselor immediately. The service can also be used by faculty, staff and family members if they are worried about a student’s mental health and need assistance.

CAPS has partnered with ProtoCall, a company that works with organizations to provide care services 24 hours per day and seven days per week. CAPS receives daily reports of the calls taken by the after-hours on-call counselor and will reach out to callers the next business day to provide further support. All of the call reports will be kept as confidential records at CAPS. Meilman said ProtoCall has the CAPS counselors’ phone numbers in case it needs backup during times when CAPS is closed.

Dean of Students Bonnie Prunty said via email that the college will not disclose the contractual agreement between the college and ProtoCall, but she thinks the 24-hour service is an appropriate use of the college’s funds. Meilman said the contract with ProtoCall is less expensive than hiring another counselor.

The 24-hour service was first proposed two years ago but was approved in 2018, Lerner said.

Meilman said the 24-hour service was implemented because when students experienced mental health problems during times that CAPS was not open, they were getting help from individuals who were not as qualified as counselors.

“After hours, a lot of the distress that students were experiencing the RAs were responding to, and sometimes that’s really appropriate,” Meilman said. “But sometimes things are beyond what they really can handle. And often Public Safety was being called in at times when maybe a counselor could help.”

Junior Daniela Rivero, event planner for Engaging Mental Health in People of Color, an organization created by the inaugural cohort of BOLD scholars in 2018, said she thinks the 24-hour call service will be helpful for students because mental health crises do not only occur during business hours.

“I think it’s definitely a step in the right direction because people can’t schedule when they need help or when they’re having a crisis,” Rivero said. “I think it can be beneficial for students to have someone to call at any time when they need help, and I hope that they’ll keep expanding resources to be available and directing funding and staff toward making that happen.”

Meilman said the 24-hour service is essential because the need for CAPS services is increasing. During the 2018–19 academic year, CAPS had 13,000 appointments, said Brittany McCown, administrative assistant in the Office of Counseling and Wellness. In the 2016–17 academic year, CAPS had almost 7,000 appointments. Meilman said students do not have to be clients of CAPS during the day to call the after-hours on-call counselor.

Senior Kelly Madden, Active Minds National Student Advisory Committee member and co-president of the college’s chapter of Active Minds — a nonprofit organization that supports spreading mental health education and awareness — said she thinks the addition of the 24-hour call service is helpful but wishes the service was run through the college.

“I think the addition of the 24-hour help or crisis line is great,” Madden said. “I think it’s a little fishy, though, because they’ve outsourced the call line to a different company or school. It’s not directly on the college.”

Madden said she thinks that the program is a step in the right direction.

“I definitely think it’ll help, but I don’t think it’ll be the end-all to problems that students have,” Madden said.

Rosanna Ferro, vice president of the Division of Student Affairs and Campus Life, announced Aug. 28 via email to the campus community that Brian Petersen was hired as director of counseling and psychological services at the college. Petersen was previously the associate director and coordinator of consultation and outreach services for the counseling center at Pace University in New York City. Meilman and Lerner have been interim co-directors since June 2018.

Petersen declined to comment until after he begins his position at the college Sept. 16.

Prunty said Petersen was hired after going through a national search process for a new director of CAPS. She said she believes Petersen will cultivate beneficial relationships with the campus community.

“Brian was highly evaluated in the search process,” Prunty said. “Brian is highly regarded on his campus for his ability to build positive relationships with very diverse student populations and colleagues across the institution.”

CAPS also expanded its Let’s Talk program after running a pilot program in Spring 2019. Let’s Talk is a free, informal and confidential service that allows students to talk one-on-one with CAPS counselors at different locations on campus. During Spring 2019, Let’s Talk was offered in the Dillingham Center, Smiddy Hall and the James J. Whalen Center for Music.

“That’s the point. It’s meant to be really, really accessible,” Lerner said. “You don’t have to have an appointment. You don’t even have to give your name if you don’t want to.”