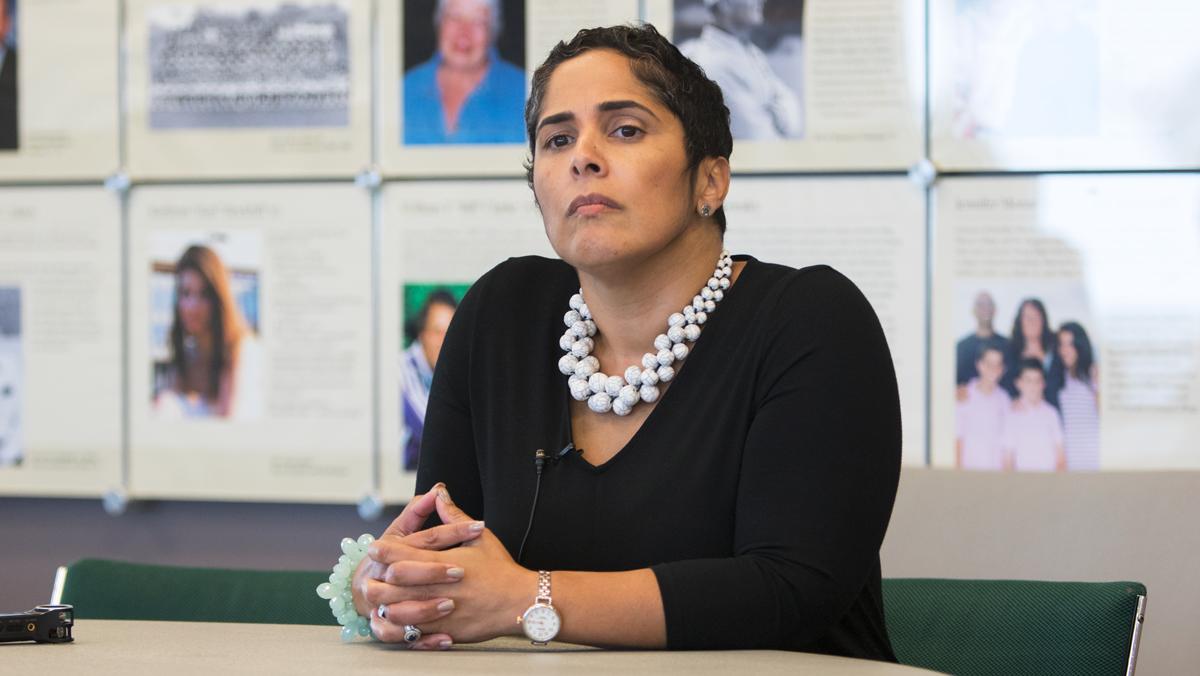 Connor Lange/The Ithacan
President Shirley M. Collado met with student media Aug. 29 to talk about about her plans she has ahead for the coming academic year.
By Grace Elletson — News Editor
Published: August 31, 2017

Ithaca College’s ninth president, Shirley M. Collado, has made herself clear during her first seven weeks as president: She is here, she is ready and she wants to listen.

At a student media press conference Aug. 29, Collado acknowledged that she inherited a college with a strained community and culture after a tumultuous two years of protests, abrupt leadership changes and instability. However, she said she is working to unify the college, establish a collaborative and democratic governing system and bring trust back into the college community.

“Let me be clear,” Collado said, “I want space coming in as your next president to reintroduce the leadership team, to build my team … and listening to what’s important to all of you and what you want to see in leadership. And also, what roles are students, faculty and staff going to play in realizing the goals that we have?”

Collado said she would like to spend her first year “laying fertile ground” for ideas and goals members of the college community have. She said she does not plan to implement broad sweeping initiatives like IC 20/20 or Blue Sky right away in her presidency.

In May, the task force delivered a final proposal to the board of trustees, which included a model for a College Governance Council — an overarching body that would review every proposal passed from Faculty Council, Student Governance Council and Staff Council, but would exclude proposals passed by the President’s Council and the board of trustees.

What she does know, she said, is that she wants governance at the college to be collaborative.

“We are in the early stages of what I want to be a highly democratic, highly collaborative strategic planning process for the college,” Collado said.