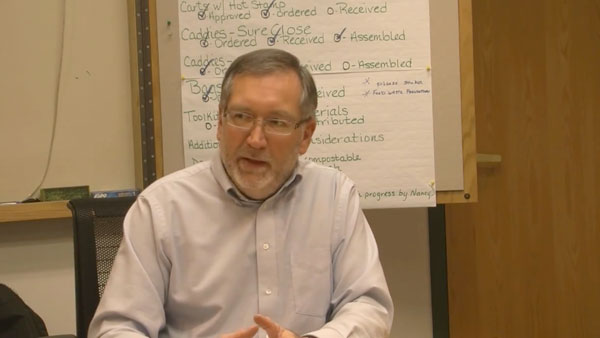 Beginning Nov. 15, Tompkins County will institute a curbside compost collection pilot program in which 400 West Hill households will be given the opportunity to put their food scraps at the curb for pick up. Casella Waste Systems will be responsible for collection, while Cayuga Compost will process the compost.

Geoff Dunn, the communication and administrative coordinator at the Tompkins County Solid Waste Division, said the division planned the 25-month pilot program in a continued effort to reduce waste.

“We want to be producing less waste,” he said. “Whether that be recycling products or turning them into compost, it’s sort of a no-brainer.”

Dunn also said he believes Tompkins County is ahead of the rest of the state in composting practices, but behind when compared to other parts of the country. More than 90 U.S. cities offer curbside composting, according to Governing Magazine, a national magazine that covers local governments, with San Francisco leading the way.

The northern California city began curbside composting in 1996 and now collects more than 600 tons a day. This, in addition to traditional recycling practices, has helped San Francisco redirect 80 percent of its waste away from landfills, according to the San Francisco Department of the Environment.

“By taking the smelly, heavy stuff out of your trash and into compost, it means that you can go longer between putting your trash at the curb,” she said. “It means that you’re saving money, you’re not sending trash to the landfill. You’re keeping it local, and you’re continuing the nutrient cycle.”

Compost is created when tiny organisms break down organic trash, typically food scraps, leaving behind nutrient-rich compost. Adam Michaelides, master of Cornell Cooperative Extension’s compost education program, said many materials and much of what ends up in the landfill can be composted.

“Technically speaking, you can compost anything that was alive and turn it back into compost to feed new living things,” he said. “There are a number of things you can compost that ordinary people have, and a lot of what people currently put in the trash you don’t have to.”

Personal composting is already a common practice among Tompkins County residents. In 2012, Michaelides and the Cornell Cooperative Extension surveyed 360 people at area grocery stores and found that 57 percent of them composted at home.

The curbside compost collection program aims to enhance this already strong trend by allowing a wider range of compostable products. Household compost cannot include certain food scraps — such as meat, bones and dairy — because they take too long to decompose. But Cayuga Compost has the ability to handle these products, so residents will be able to compost more materials.

Mark Darling, Ithaca College’s sustainability programs coordinator, said the college has been running a composting program since 1993. The college began its compost program as an effort to reduce its waste.

“We were doing it when no one else was doing it, which was kind of the reason we did it on campus,” Darling said. “It’s not part of our core mission to be composters, so this was kind of a service. What the county is doing serves the same purpose, which is to keep organics out of the landfill.”

The Solid Waste Division will hold two community gatherings in the next month to explain the pilot program as well as provide all of the necessary resources for participating households. Dunn hopes that with the county’s help, residents will understand and embrace composting.

“We’re giving you all the tools that you need to make this a successful program,” he said. “Everybody who is in the curbside pilot is getting everything they need. We want to make this as clean, comfortable and convenient for folks to get them to do it.”

Dunn said the pilot program will give the county a chance to determine the most effective ways of collecting compostables and getting residents to properly dispose of food scraps. If all goes as expected with the pilot program, the Solid Waste Division plans to have curbside food–scrap collection countywide within three years.