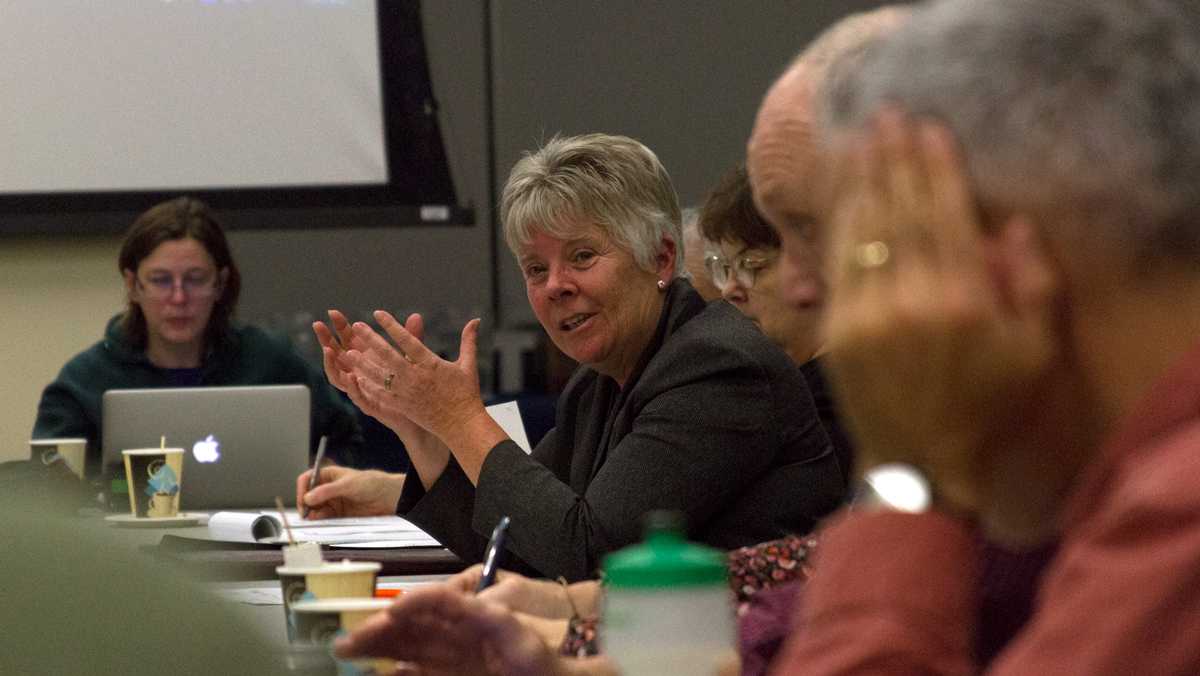 The Ithaca College Faculty Council passed a motion in support of President Shirley M. Collado at its meeting Jan. 23.

At the end of the meeting, the council passed a motion to go into executive session, restricted to faculty council members, so all guests, including The Ithacan, were asked to leave. Tom Swensen, professor and chair of the Department of Exercise and Sport Sciences and chair of Faculty Council, said that during the executive session, the council discussed and passed a motion in support of Collado following the revelation of sexual abuse allegations against her and her subsequent conviction after pleading no contest. Swensen said the executive session was put in motion because it would allow faculty council members to be more open to discussing the sensitive topic.


“I don’t think we would have been able to have the same depth of conversation if everybody was there, visitors were there, if the press was there,” Swensen said. “It was something we needed to do.”

Not all faculty council members wanted the motion in support of President Collado to be passed, Swensen said.

“At last night’s council meeting, there was a motion of support, and certain faculty were vehemently opposed to the presidency and brought up other particular issues,” Swensen said.

Additionally, members of the college’s administration presented a draft of the new Ithaca College Paid Family Leave Policy (ICPFL), and council members expressed their concerns. The council also discussed and passed a motion to create a task force to address concerns about Family Educational Rights and Privacy Act violations and provided feedback on two drafts of updated, pre-existing free speech policies at the college: the Use of Campus Facilities Policy and the Rules for the Maintenance of Public Order.

Under the policy, faculty will be able to take up to 15 weeks, or one academic semester, of paid leave. During this time, they will receive up to 50 percent of the New York state average weekly salary — up to $653 per week, totaling $9,795 per semester. By 2021, the maximum weekly rate will be increased to 67 percent of the state average weekly salary.

ICPFL was initially scheduled to take effect Jan. 1 when the New York State PFL policy also took effect. The draft of the ICPFL needs to be approved by the Faculty Handbook Amendment Committee, Faculty Council and the Board of Trustees before it can be put into full effect, Petrosino said. The council passed a motion at the meeting to expedite the process in time for the Board of Trustees’ February meeting.

Council members said they were concerned about aspects of the policy.

Paula Ioanide, council member and associate professor at the Center for the Study of Culture, Race and Ethnicity, said she was concerned that the policy did not address the needs of mothers who wish to work part-time with full pay. There is currently no official paid family leave agreement at the college, and a female faculty member who wants to work part-time with full pay must negotiate with the dean of their respective school and their department chair. This is a major obstacle for women faculty members who want to advance within their positions, she said.

Dickens said that the policy is not intended to fully replace the salary of a faculty member taking leave.

The council also provided feedback on the drafts of the two free speech policies. Pringle said the policies are still being reviewed by the free speech working group.

Council members said they were concerned about the vague wording of the free speech policies. Pringle said the tri-council, which consists of Faculty Council, Staff Council and Student Governance Council executive board members, will consider language as they continue redrafting the policy.

The council passed a motion to establish a FERPA task force to explore how the college’s FERPA policy could help prevent potential violations. Registrar Vikki Levine said the college is working with LeRoy Rooker, former director of the U.S. Department of Education’s Family Policy Compliance Office, to identify issues with FERPA at the college with the new task force.

Previously, council members said they were concerned about DegreeWorks, the college’s degree evaluation software which allows faculty members to access the academic records of any student on campus. This could be a potential FERPA violation if accessed for non-educational purposes.

She said that during orientation, most students sign a form that establishes themselves as dependents for tax purposes, effectively giving their parents access to their grades upon request, Levine said. According to the college’s FERPA policy, faculty do not have to share a student’s academic records with their parents if the student is of independent status, meaning they pay federal taxes. She said that within the past 24 years, the college has had three cases of potential FERPA violations.