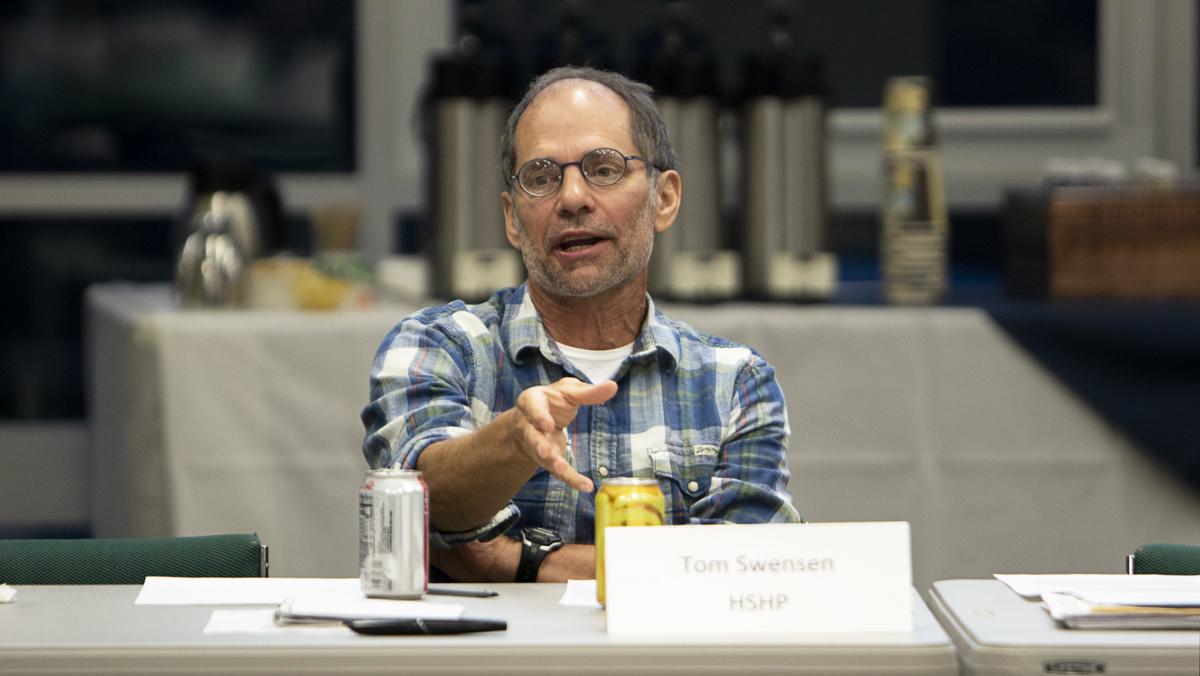 Faculty Council members are reevaluating an intellectual property rights policy that was proposed four years ago but lost in the approval process, preventing it from being enacted in the Ithaca College Policy Manual.

Guilherme Costa, vice president for legal affairs, spoke at the April 2 Faculty Council meeting to discuss and reevaluate the current intellectual property rights policy in the college’s policy manual. The policy currently states that the college can choose to take copyright or to require a share of the net royalties from student or faculty work. The proposed policy from four years ago included clarifications to student copyrights and would have allowed students ownership of their work that was designed or produced as part of a class.

In Fall 2015, the Faculty Council passed this policy revision to be approved by the appropriate departments and then also approved by former President Tom Rochon. The policy was approved at every level but the administrative level, causing it to not be enacted. Tom Swensen, professor and chair of the Department of Exercise and Sport Sciences and chair of the Faculty Council, said it is likely that the policy was never enacted because of the tumultuous events that defined Fall 2015 and clouded the end of Rochon’s tenure.

Swensen said it was likely lost because the administration at the time was dealing with the largest protests in the college’s history, carried out by the student group POC at IC. The group criticized the Rochon administration’s handling of several racist incidents that occurred on campus. Eventually, the events and protests caused Rochon to announce his resignation in Fall 2016.

Swensen said the council plans to reintroduce the policy in Fall 2019 for reexamination.

Jason Harrington, associate professor in the Department of Media Arts, Sciences and Studies, expressed concerns at the April 2 meeting when Costa addressed the Faculty Council about revisiting the intellectual property rights policy, saying the council thought it had already been passed and revised. He said a lot of work went into revising the policy when it was first passed by the council in Fall 2015.

“This wasn’t a small thing,” Harrington said. “This was a major revision. This was massive. We completely looked at the whole policy for faculty and students.”

Harrington said the original policy was sent to be discussed in academic departments. He said he was under the assumption that the revised policy had already been in place.“I was pretty floored to hear that this was the current policy because we had done so much work,” Harrington said.

Swensen said there was a working group of faculty and staff formed in 2011 and led by Traevena Byrd, then associate general counsel and chair of the Intellectual Property Policy Committee, to evaluate the policy. Swensen said the group worked on the revised policy for two years and completed the provisions in Fall 2013.

Marisa Kelly, provost and vice president for academic affairs in 2013, shared this document with Faculty Council, prompting feedback from it. Swensen said the Faculty Council’s feedback was included in the revised policy. Byrd left the college in March 2015. Swensen said that before leaving, she filed a report recommending that the proposed policy revisions should be shared again with the appropriate stakeholders before being submitted to Rochon. The Faculty Council unanimously voted to endorse the proposed revisions in September 2015 so students would have more ownership over their work.

Before the discussion in 2013, the most recent revision of the policy was made in 2001 without any evaluation of modern developments in technology, according to a PowerPoint presented at the Faculty Council meeting Oct. 1, 2013.

Peter Rothbart, professor in the Department of Music Theory, History and Composition, said that when he was the chair of the Faculty Council before Swensen took over the position in Fall 2016, the Intellectual Property Policy Committee extensively researched documents from other academic institutions and asked for input on the policy from staff, students, faculty and administrators.

“The resulting document was among the most liberal and supportive of creators of content and invention offered by any academic institution,” Rothbart said.

Concerning the proposed policy from 2015, Harrington said students retained the rights to material created within the context of academic assignments and projects. Rothbart said that the revised policy proposal from 2015 made clear that student works that are extracurricular — meaning not directly related to coursework — would be the property of the college. This relates to any work done outside of class that still uses college resources.

“This was designed to assure that students were not using college facilities and materials while depleting or causing wear and tear on college resources that would normally be needed for academic work,” Rothbart said.

He said the revised document was designed to recognize the rights and responsibilities of all faculty, students and staff.

Costa said that the current policy review process is ongoing and that there is no set timeline for the completion of that process.

Harrington said that although the policy needs to be changed, he thinks there is no reason for students to be concerned about their rights to their work. He said that if a student were to make money off their work, he does not think the college would act on the policy’s statement that the college would receive a percentage of the profit. He said he has never witnessed this happening before.

Students already pay the college through their tuition, which entitles them the right to all resources the college can offer for their creative work.